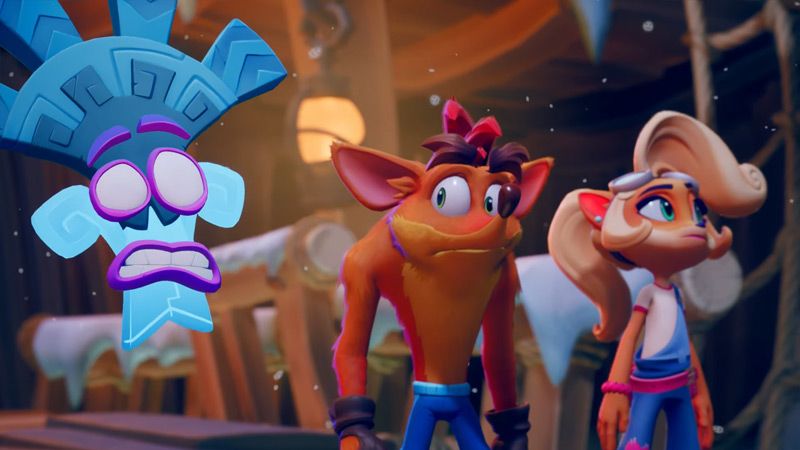 The latest entry in the Crash Bandicoot series, as with all of the others, basically sucks. Nevertheless some folk love them, want to play them, and were thus excited when Crash Bandicoot 4: It’s About Time made its PC debut last week on Battle.net. But much to the surprise and the chagrin of some, this singleplayer game with no online elements comes complete with a form of DRM that requires an internet connection.

For publishers and hackers, at times this looks like a sport: the former trying to protect their products by whatever means necessary, the latter dedicated to… well, cracking those same protections and letting people use software they’ve paid for however they want.

Crash Bandicoot 4 follows hot on the heels of the Blizzard Arcade Collection, a package of singleplayer games that also required a connection to play. Try to load up Crash 4 offline, and Battle.net returns the error code BLZ51900002. On the Battle.net site this code is shown as having been updated around six months ago, and refers to PCs failing to connect to a login server.

In the case of Crash 4, however, this copy protection lasted about a day.

The game launched on Friday, and by Saturday the hacker Empress had posted a crack that allowed players to bypass the online check-in (thanks, Ars Technica), announcing with some degree of braggadocio that: “this is just the RESULT of the philosophies everyone was making fun of. This is what happens when I ‘Execute’ and ‘Apply’ them on my cracking. I hope this release makes people smile.”

The crack came with an image that notes the form of copy protection on the game was ‘Battle.net + Online,’ rather than the usual Empress target of Denuvo.

For hackers like this, hitting a game like Crash 4 is a principle: because it just doesn’t have any online content, or any real need to check-in with Activision’s servers every time you want to play it. Activision, of course, would disagree.