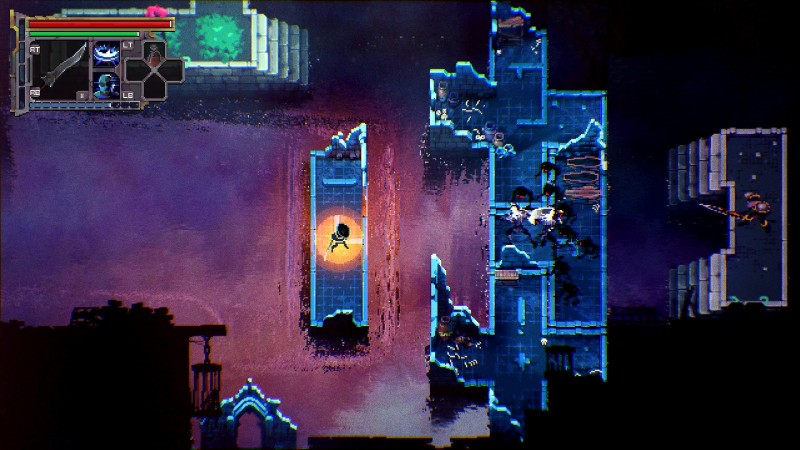 Sometimes, a game’s name just tells you everything you need to know. Loot River is, well, a river of loot. The indie roguelike is coming to Xbox Series X/S, Xbox One, and PC. So how does one travel on the so called Loot River? Very carefully, with a mashup of mechanics that conjure up notions of block shifting and puzzling such as the classic Tetris mixed with the roguelike notions of today, with procedurally generated dungeons, loot, and encounters. Honestly, that sounds a little strange, doesn’t it? Get a better idea of what exactly is going on here in the trailer below.

Neat, huh? As roguelikes continue to carve out a large chunk of indie space, developers have begun to intertwine all kinds of concepts with the core to differentiate their takes on the genre. In the trailer, it looks like the playable character has both a sweet sword and really cool looking plague doctor mask, so that’s some serious cool points before we even get a look at gameplay.

Then, it’s right on to a gameplay mechanics display, which is appreciated! As billed, the player must puzzle their way around myriad shifting block encounters on a river, platform to platform, as they escape and battle swarms of vicious opponents. We can see that taking on stronger enemies may require significant block shifting and exploitation of timing windows in order to get the edge and avoid certain doom. Also of note, we get a peek at a stat screen that indicates that players can pump up their vitality, strength, dexterity, endurance and more. There are also several different kinds of currency shown, which may be a sign that the game contains some elements of permanent progression on top of the standard roguelike loop. Finally, the stat page also includes a loadout that players can ostensibly fill up with various weapons, armors, accessories, potions and even abilities. The trailer ends, like so many others, with the intimidating appearance of what appears to be a boss creature.

One other thing that might be interesting to note in the trailer is that slain enemies appear to slosh blood around. Gory. So what, right? It looks like, at least in some situations, that slicing and dicing foes could come back to haunt you, as the sticky substance appears to link platforms together and keep them from breaking apart, making you unable to manipulate the blocks as you please. We’ll have to see.

Are you interested in Loot River? What do you think? Let us know in the comments!