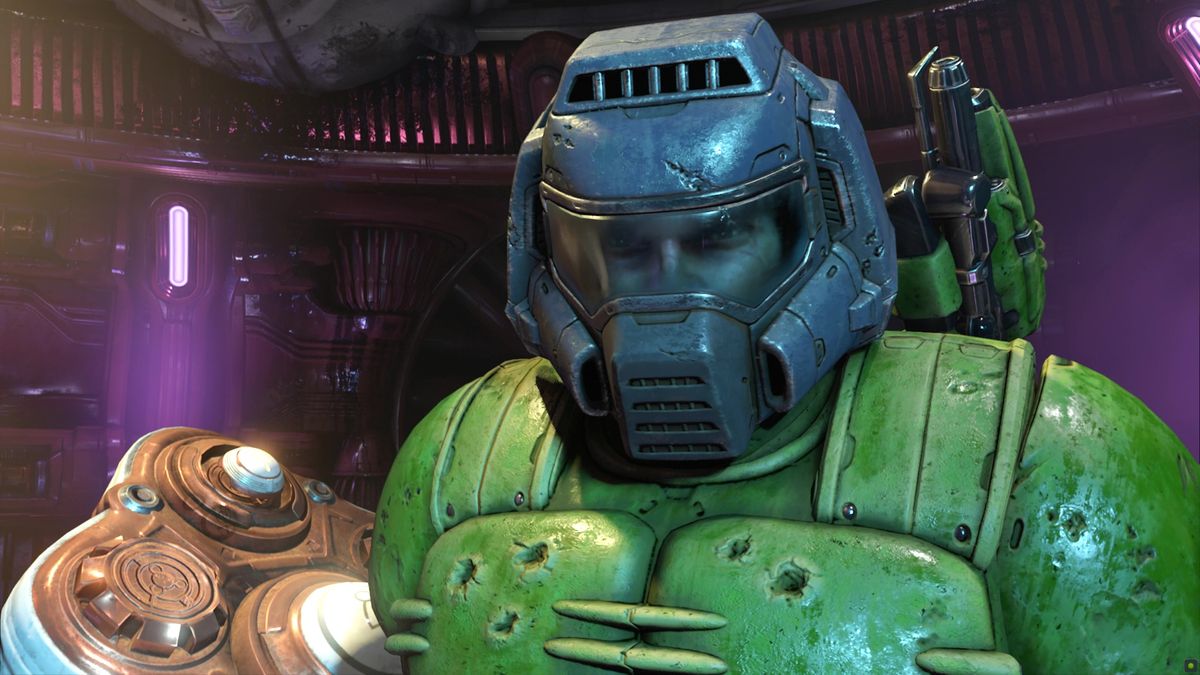 The recently released Doom Eternal: The Ancient Gods Part Two is billed as “the epic conclusion to the Doom Slayer’s saga,” but you probably won’t be surprised to hear that it’s not actually the end of anything. In an interview with Polygon, game director Hugo Martin made it clear that there’s still more to come.

“While this is the end of the story arc that began in Doom (2016), we planted a lot of stakes in the ground with that story,” Martin said. “And we’ve been able to flesh out a lot of those things throughout the course of [Doom Eternal] and to do two DLCs. So that story arc will end, you know, from the time you woke up in the sarcophagus to the end of the DLC, but there are more stories to tell with the Doom Slayer, for sure.”

Martin compared the Doom games so far to comic-book movies helmed by different directors, which seems apt. The essentials have remained the same over the past 30 years—evil corporation unleashes demons, lone space marine shoots them—but each comes at it from a slightly different approach: The original Doom games were heavy on demonic atmosphere and almost devoid of story, Doom 3 was a more overt horror game, the 2016 reboot went heavy on high-speed action, and Doom Eternal is basically a non-stop lore dump written by the guy who does the liner notes for Venom albums.

One thing that won’t change, apparently, is the aggressively over-the-top approach to the game’s subject matter, which he acknowledged “like it was concepted with a ballpoint pen in 1985 on the back of someone’s notebook in math class.”

“There is this juvenile quality to everything in Doom,” he said. “And I think it is critical […] to make it all fit, I do think that tone is critical.”

Martin has expressed similar sentiments about Doom in the past: In a 2016 documentary on the development of the 2016 Doom reboot, Martin said that Bethesda’s original plan for a more story and character-focused Doom 4 was “awesome,” but inappropriate.

“As a concept I can see why they went there, because I would probably want to explore that too—if it wasn’t a Doom game,” he said at the time. “To tell a bigger story, it sacrificed the Doom Slayer. And Doom is about one guy involved in big things, and Doom 4 Classic was more about the big things.”

There will also be more coming to Doom Eternal in the short term: In a tweet posted today, executive producer Marty Stratton said there will be “more Doom Eternal updates coming later this year.”

A message from us to you. Thank you to our fans for your amazing support one year after launch. pic.twitter.com/UaNhZ4PEtVMarch 22, 2021