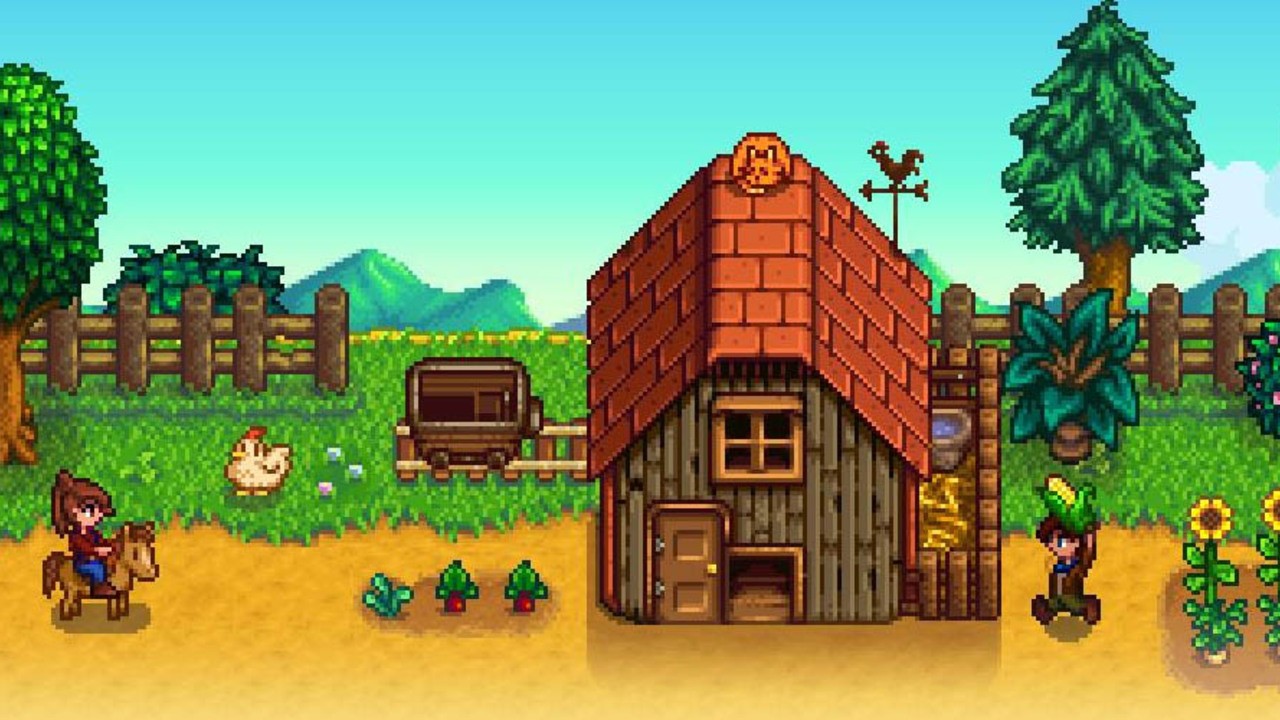 One of my favourite things to do after a long day of nine-to-five work is crack open a beer, get cosy on the sofa, and play two to five hours of a game where I have a nine-to-five job. It seems ludicrous to spend my free time doing exactly what I do in my non-free time, and yet, here I am – one of millions of people doing tasks for fun and zero profit. In fact, I paid for the privilege to pretend that I have to restore and maintain a struggling farm/tourism spot/tiny café.

What gives? Why are games like Harvest Moon, Story of Seasons, Stardew Valley and Animal Crossing so dang popular? Are we just so entrenched in capitalism that we can’t even fathom escaping it, and playing a game in an economy-free world?

Well, maybe. But there are lots of reasons – psychological, emotional, and even chemical – that so many of us find comfort in the mundane and reassuring worlds of these games, where progress is slow, but satisfying. You only have to look at the number of people playing Valheim – five million, as of last week – to see that people really, really love the farm-fish-forage-fight game loop that these games offer, and even more so when it can be played with friends.

Let’s start our deep-dive with the beginning of the pandemic. Remember how everyone got really into baking bread, taking care of a million houseplants, and grinding their own coffee? It felt really strange to suddenly have everyone take this medieval plague scenario that we found ourselves in, and use it as an excuse to roleplay an actual medieval peasant. You know you can just… buy bread, right?

But I was sucked in too, having jumped on the fresh bread/houseplants bandwagon back in the mid-2010s (and given myself chronic tendinitis from all the kneading, no joke) and the sudden dearth of supplies was as heartbreaking to me as any amateur baker. In an increasingly complicated world, where I have a calendar for all my meetings, several apps to manage my money, health, and time, and a bunch of medication to attempt to make my brain ignore how stressful it all is, pretending to be a peasant is a strangely soothing thing.

Sure, it wasn’t easy to be a peasant – especially if I were a female peasant with poor mental health – but by taking aspects of that simpler, pastoral life, we can attempt to create a safe haven for ourselves where the stressors of modern life don’t exist.

It’s easy to just say that farming and life simulators replicate a simple, kinder world, though. It’s not a particularly deep, or new, observation. To go deeper, we have to look at the core loop of these games, also known as a “compulsion loop“, a “Skinner box“, or even the more colloquial “one more turn” way of thinking that many games rely on to keep players coming back for more.

A Skinner box – known more scientifically as an “operant conditioning chamber” – is a psychological experiment that teaches an animal to perform an action in order to receive a reward like food, water, or attention. Sometimes that action is pressing a button; sometimes it means waiting a fixed (or random) amount of time. The animals will soon start to experience a rush of dopamine – a brain chemical that feels good – in anticipation of the reward, because they’ve created a neural pathway that associates task completion with something that they like.

If you recognise the variable ratio schedule, it might be because gambling is built around the idea that people will always go for “just one more turn”. Anyone who’s played Tetris well into the early hours of the morning will also know that feeling: when there’s minimum investment in each try, the time or money (or number of button presses) that it adds up to in the long run is harder to see.

But another successful teaching method that the Skinner box experiments found is the “fixed ratio schedule”, in which the animals received a reward every nth time they performed the action. Not every single time, like teaching a dog to perform a trick by giving it a treat every time it rolls over, but instead every second, fifth, or tenth time. If the animal received a reward every time, they would forget it faster when the rewards were taken away, but with a fixed ratio of effort:reward, they would remember it for longer.

Similarly to the Skinner box experiments, the compulsion loop that most games are built around teaches players to perform tasks in order to get that dopamine hit – with things like loot boxes replicating the variable ratio schedule, and tasks like farming replicating the fixed ratio. A good game has a bit of both: enough randomness to keep them coming back, enough fair reward to make them feel like they’re progressing.

Farming and life simulators have an excellent balance of both, plus the added bonus of agency in the form of customisation and marriage candidate choices. In terms of fair, fixed rewards, there are plenty of examples. If you plant and water crops, they will grow. If you sell those crops, you can buy new tools and equipment at exactly the same price that they were yesterday. If you give a thousand eggs to someone, they will eventually love you. If you care for your cows, they will give you good quality milk. Nothing ever really changes – and that’s a good thing.

But other tasks – such as mining in the Harvest Moon games, shopping in the Animal Crossing games, or fishing in basically every game ever – are often random. In fact, they’re what’s called a “variable interval schedule” – you might have to wait ten minutes for a fish, you might have to wait an hour. But it will come. Like the variable ratio schedule, this randomness keeps us coming back for One More Turn, giving us a fresh dopamine hit every time we get the reward of a fish on the hook, or the Grand Piano we’ve been waiting for at Nook’s Cranny in Animal Crossing: New Horizons. 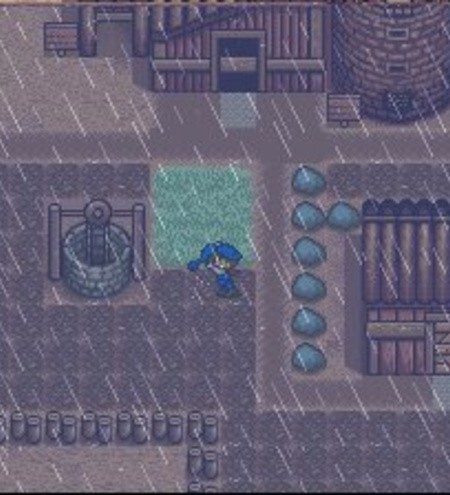 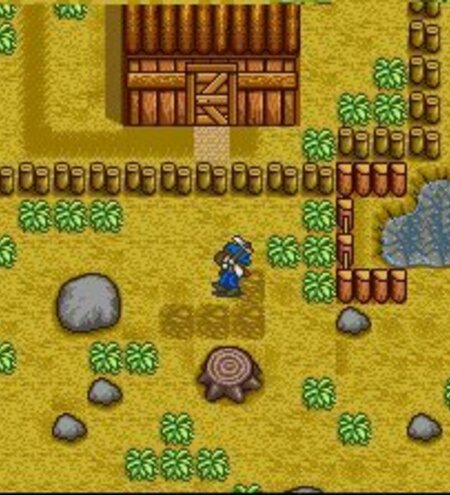 As B*Witched would say: Blame it on the weatherman

All this psychological manipulation and game design adds up to players feeling in control, even when things are slightly out of our control, because we know where we stand – and in providing us with fixed rewards, we are left feeling as though we are the masters of our own situation, success, and status.

Self-determination theory – another psych term, sorry – states that we, as complex beings, desire three things: competence, autonomy, and relatedness. The ability to thrive, the ability to choose, and the ability to connect with others. In these games, progress is rarely hampered by other people (except when Marnie isn’t at work, so you can’t buy any animal feed) – we are the masters of our own world. We are competent farmers, because our farm is producing crops. We are autonomous, because we have agency over which crops we plant, and whom we marry. We can form bonds with the townsfolk by giving them gifts and talking to them, and none of them will ever dislike us for no reason.

These games, even in their randomness, are familiar and predictable. By and large, the graph of effort:reward will be pretty much a straight diagonal: what you put in is what you get out.

The world does not work like that. There are too many variables. Whether or not you get a promotion is not a result of filling up an experience point bar; it’s dependent on your boss’ mood, how young you are, or the fact that the CEO wants his son to take the position instead. That dopamine hit is unpredictable, and often non-existent, because life doesn’t run on a tidy schedule. And, although randomness is a great variable for teaching animals to press buttons in a psychological experiment, the best results don’t include random cruelty.

Cruelty and unfairness are not good teaching tools. Negative punishment – like having your Game Boy taken away if you misbehave – can be used to instil desired behaviour in people, but not combined with randomness. In fact, it often creates feelings of fear, despondency, and failure in people if done for too long, like a boss who continually denies bonuses, or a parent who cancels planned holidays whenever you get bad grades.

So, in a world where we’re often being treated to the worst way to get that dopamine hit, we seek comfort in a game where things work a little more neatly. When we turn on a game like Animal Crossing or Harvest Moon, we have goals, and we have a clear map of how to reach them. All we have to do is walk along the road, and we’ll get there. It may not be particularly exciting, or even interesting for most people – but for many, it’s a cosy little provider of that sweet, sweet dopamine hit.

Well, that, and you get to make cute boys and girls fall in love with you.