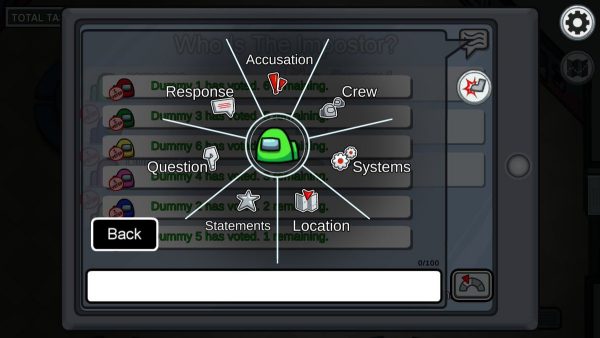 Innersloth has introduced a quick chat option to Among Us.

The new quick chat option for Among Us allows players to communicate easier, using a wheel.

According to the developers, the wheel is not only easier, but a faster and safer option to play if you’re using text chat.

The team also promised form information on the next update is coming soon, and that the “ball is rolling” on it.

Also, it is aware of a glitch occurring with lobbies and games on some platforms. Innersloth is working on a fix now.

Among Us was previously available on PC and mobile platforms – following its 2018 launch – before coming to Nintendo Switch in December 2020. The title is set to come to Xbox consoles this year, as well as Xbox Game Pass on console.