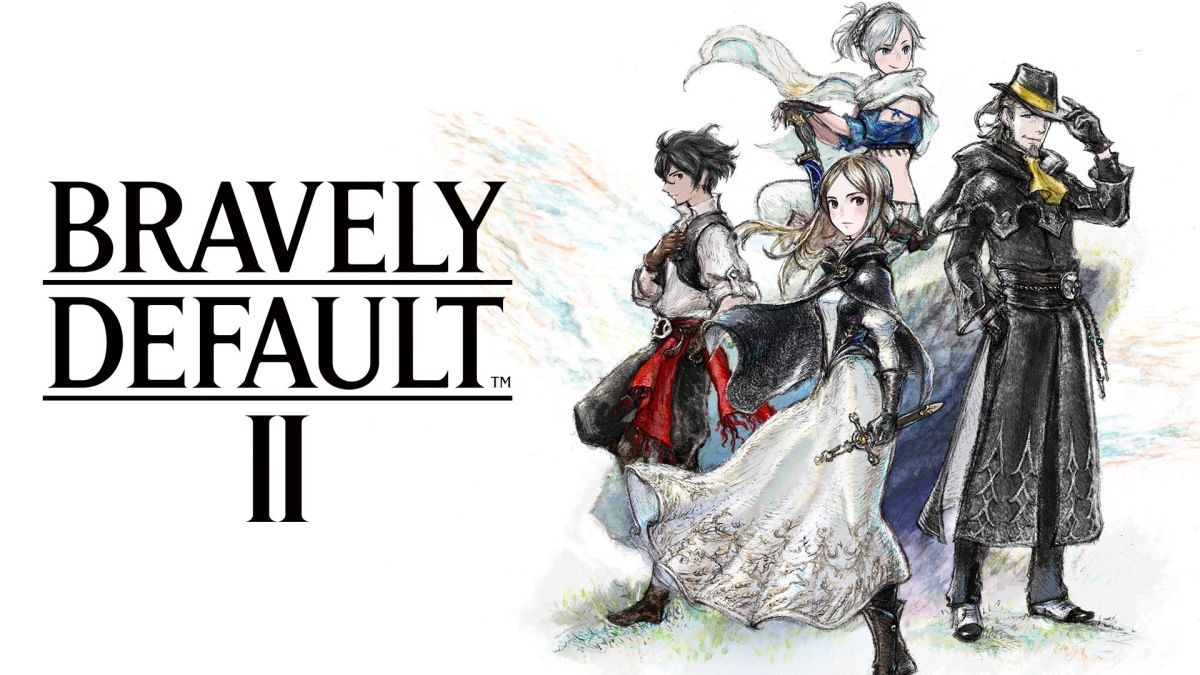 Follow the Heroes of Light as they journey through the kingdoms of Excillant in Bravely Default II, whereby the fate of the world rests in the balance of four elemental crystals. With an engaging storyline and a charming watercolour 3D diorama-esque art style, Bravely Default II may be less refined than its predecessors but it remains an enjoyable adventure for those looking to scratch a JRPG itch.

Developed by Claytechworks and published by Square Enix, Bravely Default II delivers an intriguing new story arc that’s full of sorrow, hardships and cruel manipulation. Featuring Seth, Gloria, Elvis and Adelle, the four Heroes of Light set out on a quest to reunite the elemental crystals after they were taken by force at the hands of the Holograd Empire. Yet there’s a foul stench hanging in the air caused by death, destruction and malevolence, which can be felt in each of the five kingdoms of Excillant. Between the royal ramparts of Halcyonia to the snow-tipped mountains of Rimedhal, the people of each kingdom are suffering. This deception has caused innocent women and children to be slaughtered at the hands of misguided religion, has driven mages to madness for artistic merit and has shown how political affairs can quickly turn into acts of murderous revenge. In Bravely Default II, war isn’t just coming, it’s on the doorstep.

From the moment Bravely Default II begins, there is a real sense of urgency captured in the storyline. Perhaps it’s this intensity, combined with its chilling storyline, that makes it easy to feel compassion for the game’s characters. While you’ll grow to adore Elvis and Adelle (as with Ringabel and Edea in Bravely Default and Magnolia in Bravely Second) in both the main storyline and side quests, you’ll also build affinity with husband-and-wife mage duo Roddy and Lily, alongside the baby dragon Gwilym and guardian Martha. And although the voice acting was initially hampered by remote working issues due to the ongoing pandemic, there are no qualms with its quality. The English voice acting is excellent and distinguishes each kingdom with its own dialect and quirks.

Aside from one dour chapter in Savalon, as mentioned in our preview, Bravely Default II’s story is certainly engaging, setting the right tone and pace throughout the game. It’s a shame, then, that the gameplay feels less refined than that of its predecessors. Rather bizarrely, the series feels like it has taken one step forward and two steps back. On the one hand, the wide variety of job classes and abilities opens up the game to electrifying and strategic boss battles, yet on the other it sets itself up for failure with technical glitches (including one problematic system crash) during cutscenes or battles, and a less-than-favourable user interface from overlaid menu text. While Bravely Default and Bravely Second gave players an easy way to adjust the game’s parameters, so they could experience the game in a flexible way, Bravely Default II feels like it is shoehorning players into a specific subset of rules.

This rigid play style can be an issue in areas where the player usually has more freedom to explore, often when levelling up characters. The beauty of Bravely Second’s visible enemy encounter rate percentage adjuster meant that players could freely choose how many – or how little – enemies to fight and string those battles together to easily grind levels. In Bravely Default II, players are required to purchase ward lights to avoid enemy encounters and are reliant on ‘monster food’ obtained through adventuring (rather than bought in city stores) to chain consecutive battles together. This change would have been easy enough for players to adapt to if the game’s dungeons or overworld were designed in such a way that enabled them to do just this. However, dungeons tend to be unimaginatively built as long corridors, combined with large dead spaces or circular mazes. This makes it much more difficult to encounter the same types of enemy with the temporary effects from monster food. And while you can attach accessories to your characters to remove experience gains from battles, it’s not as simple as switching it off in the settings menu.

Given how much time is spent levelling up your characters, mastering the wide range of job classes, and adventuring through forests, dungeons, swamps and more, it’s a pity that the attention to detail here is sorely lacking. With that said, the flexibility of the game’s combat system does make up for these seemingly arbitrary decisions. While the brave and default commands remain unchanged, enemies and characters now perform one-by-one, instead of as an ensemble as was the case in the previous games, creating much more fluid and intense battles. Of course, this makes for strategic boss battles, where the challenge lies in finding the best combination of main- and sub-jobs for each character in either casual, normal or hard difficulty modes. Special attacks are no longer attached to sleep mode either. Now, they rely on players performing a certain number of actions before they can be activated. Plus, the animations during these sections are pretty darn cool – a great bonus in our book.

Outside of the main elements of gameplay, Bravely Default II also brings a card minigame to the table. Activated as a side quest in Savalon, Bind & Divide – known as B&D for short – is a tactical trading card game that can be played with NPCs in each kingdom. Although it may not appeal to everyone – myself included – it’s a neat extra, nonetheless. In addition to B&D, the game also features online capabilities by way of boat. Available from the prologue, players can send their boat out to explore the seas for a maximum of 12 hours and link up wirelessly to other players’ games to retrieve booty (such as money, experience and job point orbs). Simply put your Switch console into sleep mode with the game playing in the background and you can easily obtain these from any city boat store. Although there’s not much to it, it’s a simple ‘tick box’ feature for those that have a Nintendo Switch Online membership.

For players that like to spend their explorative downtime completing side quests, Bravely Default II has a decent range in its arsenal. Aside from the standard fetch quests, there are also a handful that build on the camaraderie between the four heroes. In particular, the comedic banter between Adelle and Elvis during their food escapades is a real hoot. You can even discover a new job class during a side quest in Enderno, which takes place in an alternative dream universe. And while you can only label three side quest markers at any one time, these are easily switched in the travelogue menu. It’s also worth noting that the game is perfectly suited to playing in handheld mode – in fact, I actually favoured it. Perhaps it is the 3DS nostalgia talking, but nevertheless it’s a great advantage for Switch Lite players.

Clearly, Bravely Default II is not without its flaws. A wonderful art style, delightful OST and intriguing storyline can only go so far, especially when technical glitches, odd UI mechanics and dungeon crawling make up most of the RPG. There is an element of frustration here too, where fans of the franchise may feel less compelled to sink 80+ hours into a game that feels somewhat off key. So, while it doesn’t quite reach the glorious heights of Bravely Second, Bravely Default II unfolds as a decent third entry to the series with enjoyable, albeit chilling, twists and turns.

A review copy of Bravely Default II was provided to My Nintendo News by Nintendo UK.