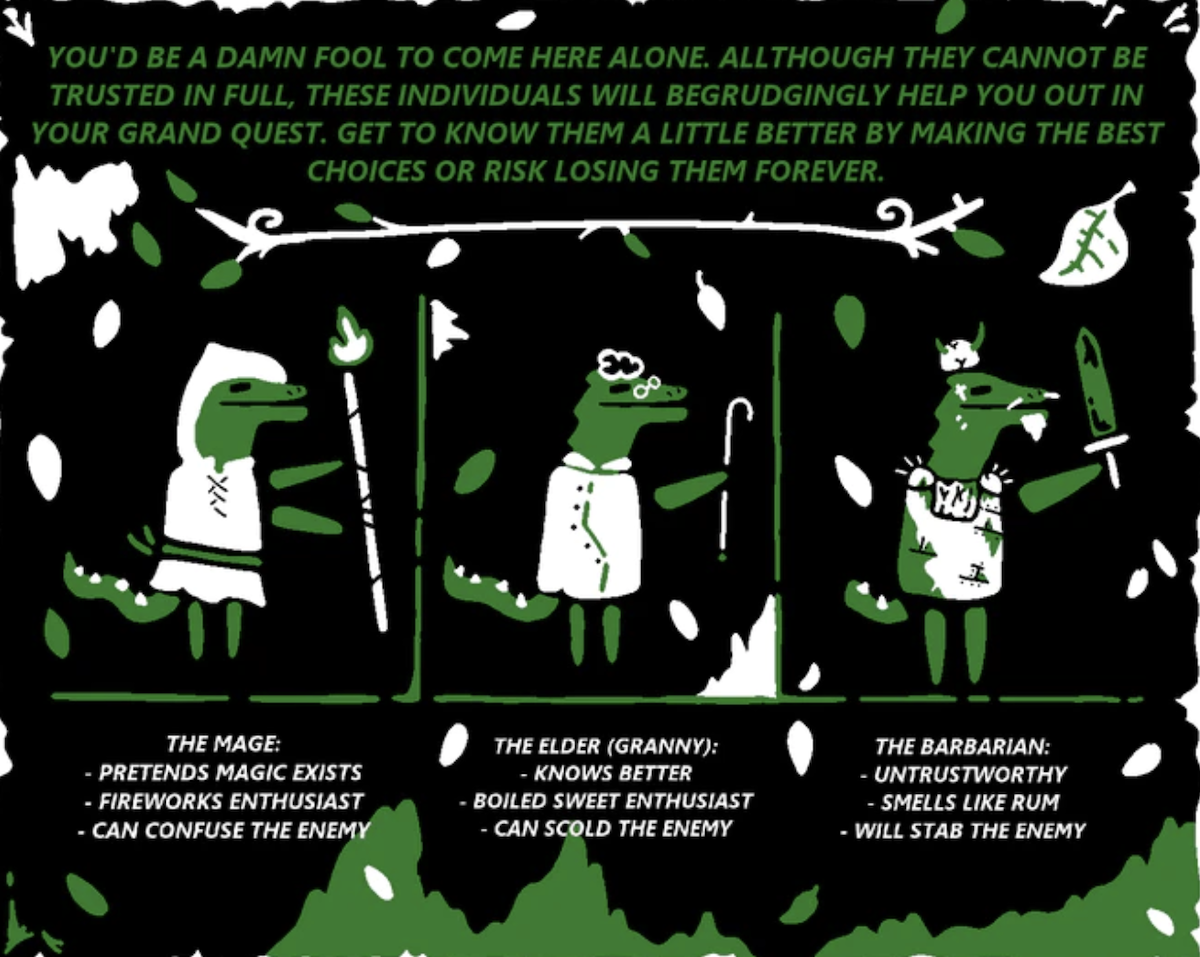 Welcome to The Beat’s crowdfunding round-up: a collection of some of our favorite campaigns from the week including one-shots, on-goings, anthologies and everything in-between! This week we’re checking out the choose-your-own adventure zine, Gator Brigade, the continued story of Leaders of the Free World, Duplicant, and more.

Gator Brigade – A Choose Your Own Adventure Zine

Creators: Oddfellows
Goal: $1,368
End date: March 3, 2021
Goodies: A PDF is just $2, a physical copy is $14, and higher tiers include being credited on the back of the book, or even being turned into an enemy encounter.

A Lark Through A Decrepit Underground City Crammed Full Of Dangerous Shakedowns And Ominous Characters. Made For Zine Quest 2021.

Oddfellows is making the jump from video games to zines with this campaign, and it looks very promising. The project is called Gator Brigade and it’s a stylish choose-your-own adventure zine with wit and whimsy. Over 34-pages, readers will engage their lizard brains to deal with all sorts of rogues and punks and escape with their dignity. Helping them out (begrudgingly) are three individuals: a mage pretending magic exists, an elder wielding sweet wisdom, and a barbarian smelling a bit of rum.

Leaders of the Free World Issue #3

Five heroes from around the world must put aside their differences & team up with a super villain to save the world. But at what cost?

The third in an ongoing series, Leaders of the Free World is a critique of power and who gets to wield it. In previous issues, it was established that seven beings called The Godsend arrived on Earth, offering humans incredible powers – which were quickly abused. War broke out and was brought to an end, and now in the aftermath the UN and the Godsend are global enforcers of superpowered beings. Grab back issues if you aren’t caught up, and make sure to check out a preview over on the campaign page.

The Miracles – Comic Refugees in the Real World Family Drama

All families have secrets. The Morgans’ is just a little bit more astonishing than yours.

We’ve all had the dreams of waking up with super powers and fighting side by side our favorite comic legends – for The Miracles’ Elliot that dream is all too real. When he realizes his own powers have manifested, he discovers the heroes he’s looked up to and read about in his favorite serials are not only his parents, but also from another world entirely. And that’s just the beginning. For more, check out character profiles and a short preview on the campaign page, and don’t forget to back it!

Duplicant is a pulse-pounding sci-fi mystery about a scientist who becomes a victim of his own technology. Issue #4, plus catch-up on 1st 3 issues.

We’ve covered Duplicant here before, but in case you missed it, this series is a sci-fi pandemic thriller, in which humans have learned to duplicate organs. It’s one of the only ways to service this world’s ongoing contagion, but the cost is indentured servitude. Now, the scientist responsible for this new tech begins to unravel the conspiracies behind it all. Head over to the campaign page for a preview, and look for Duplicant #4 to arrive this July.

The grand finale in the Magic and Muses Comic Trilogy. (Teen+) Magical girls take out their boarding schools underground conspiracy.

After 5 years, Magic & Muses is coming to an end. The magical girl webcomic is preparing its final volume with this Kickstarter, to be published and in backers’ hands ahead of the free online updates. The series follows a group of girls looking for answers to the world they lived in, but never realized was around them, all while keeping up with school. Find out how it all started with the previous two volumes – or read up online here – then follow the journey to its end as the girls realize their only option is escape.

A few more campaigns worth supporting:

And don’t forget to check out last week’s campaigns!

This Week on DC UNIVERSE INFINITE: A New Sweet Tooth Saga Begins!
A Utility Belt Shocker in Batman Urban Legends #3 [Preview]
Gible is getting its own Pokemon Go Community Day in June
Big Changes to Doctor Doom in Guardians of the Galaxy & FF (Spoilers)
The Strangely Scientific Debut of Adam Strange Up for Auction