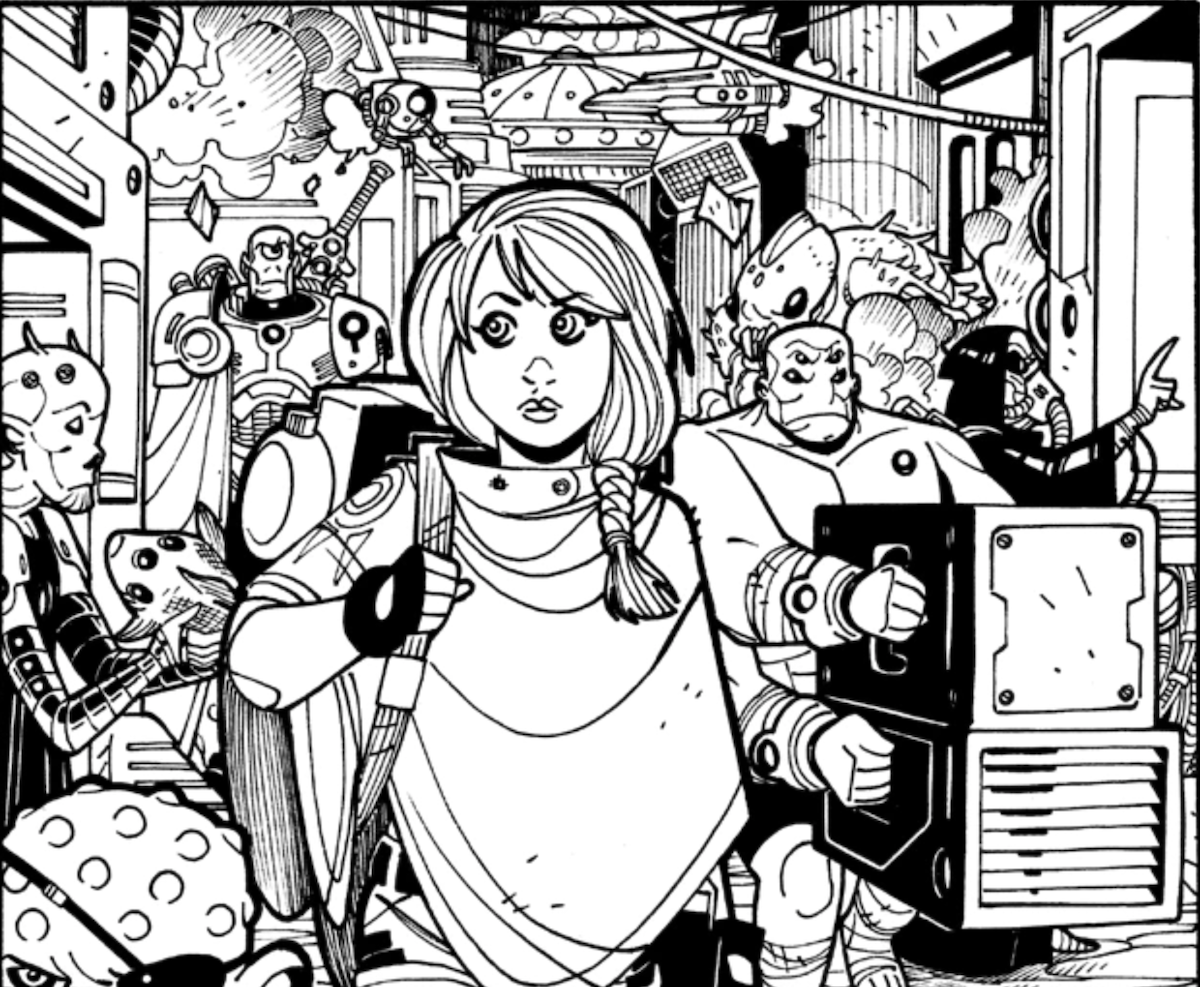 Welcome to The Beat’s crowdfunding round-up: a collection of some of our favorite campaigns from the week including one-shots, on-goings, anthologies and everything in-between! This week we’re checking out the sci-fi adventure series, Endless Moons, the all-ages story of courage and high school, The Color Guard, and more.

A science-fantasy adventure following the story of Dazel, a young bounty hunter from the Endless Moons. Part of #MAKE100!

Endless Moons is a story of space travel and forgotten heritage. A bounty hunter named Dazel is out, living the life of a smuggler, when she joins a new crew and is en route to the planet Migena, but her plans are cut short when one of her new crewmates attacks a Galactic bazaar. This first issue is already completed. It’s 32-pages, illustrated in black-and-white, and available to check out over at the campaign page.

The first of two 55 page issues. A humiliated flag girl must conquer her shame and carry her banner high to defeat a mysterious evil.

Alyssa knows something that it seems no other high schooler does: being on the color guard is super rad. Being the only one waving a flag, teens do what they do and are quick to judge, but it’s not long before Alyssa stumbles onto a century old mystery that only she can stop. The Color Guard is a sweet, action-packed story for readers of all ages, focusing on having the courage to do what you love. This first issue is 55-pages, fully-colored, and there’s an 8-page preview available now.

A Comic Book Series About Killing Your Heroes.

Premise aside, Cult Heroes is a comic with style. Looking at its short preview, it’s immediately clear that Estrada has an eye for framing a scene and setting a tone, eliciting the pulp of classic comics and simultaneously flipping them on their heads. Cult Heroes follows Jamie, who’s the daughter of a retired hero and now dealing with the legacy she’s left with. This campaign will fund the first of four issues in the series, each fully-colored and sitting at around 24-pages.

When research scientists go missing, an elite team of rescue divers head under Antarctica to unravel a mystery at the end of the Earth.

If you’re the type of nature-nerd whose brain vibrates knowing that 95% of the ocean floor is unexplored – boy is this the campaign for you. Inspired by series like Fantastic Four and Lost in Space, The Polar Paradox follows the trail of a diving team out looking for clues as to where a missing research team has gone. On their way, they encounter a world more alien than anything outside our atmosphere, and a mystery that could unravel the world as we know it. This campaign is the first of two 24-page issues, and you can check out a preview over on the campaign page.

First issue of an indie comic series about young soldiers exploring foreign worlds in order to save their own.

A story for our times, Ruination is a fantasy adventure series following a group of people born into a world ravaged by war, and who are now taking its fate into their own hands. Keila, Jalen, and Dante will have to overcome their own histories of violence and come together if they hope to stop war from breaking out once again. This first issue is ready to hit the printers, which means that copies will be in backers’ hands as soon as March. Ruination will be an ongoing series with a 28-page debut issue.

Plus, don’t forget to check out last week’s campaigns!