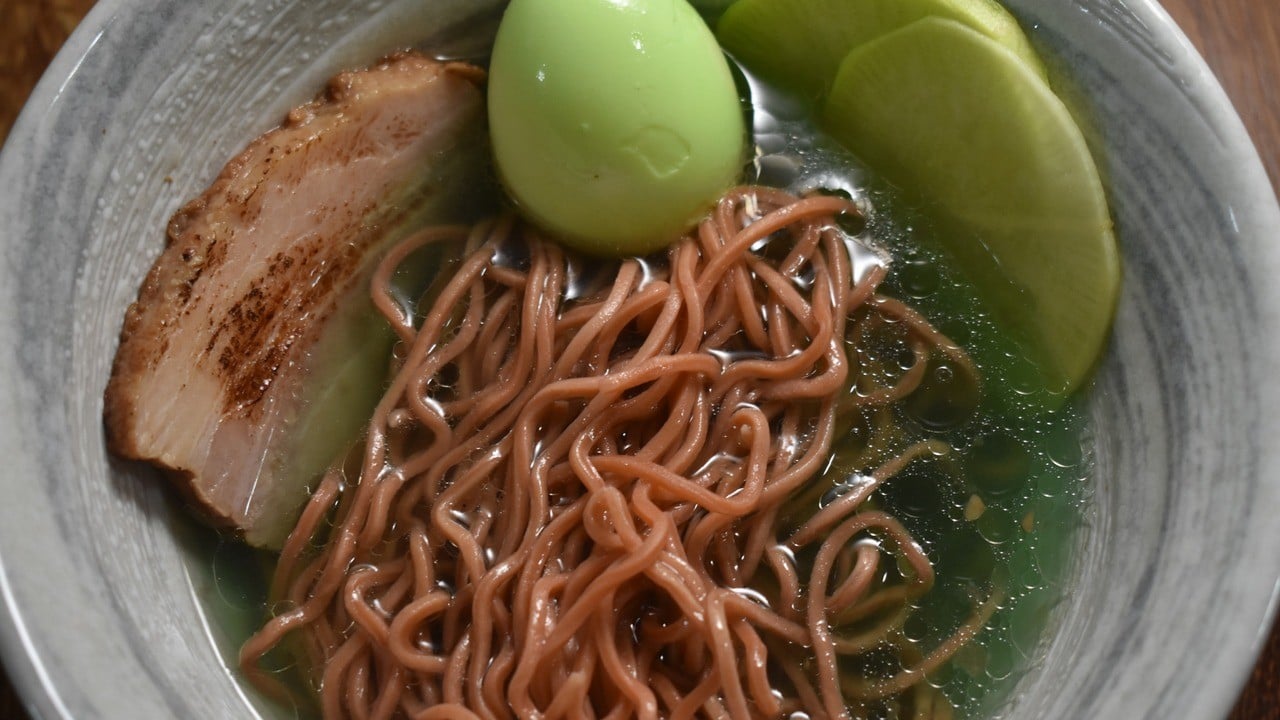 Don’t you just get so disappointed when you’re eating ramen, but it doesn’t represent your favourite hobby: playing video games and chugging soda? No? Well, Twitter user @huynasaur apparently does, and rectified that oversight with a barf-inducing Christmas meal made with plenty of original flavour Mountain Dew, the tropical-flavoured “Baja Blast” variant, and Nacho Cheese Doritos-flavoured noodles.

You may be asking “why” right now, and we don’t blame you, but Huy simply states that it was “pretty delicious” and that they made it “for all the gamers out there”, and leaves it at that.

Colour and dubious flavour aside, though, the preparation and attention to detail that went into this ramen – as described by Huy in a Twitter thread – is downright impressive. Over on Huy’s Instagram, you can see that they’re pretty dedicated to ramen, and this gamer stunt is just the latest in a line of much more edible-looking ramen dishes.

The dashi (a fishy soup base) was made by soaking kombu (a type of seaweed) in Baja Blast, a concoction Huy calls “Mountain Dewshi”. The shio tare (a seasoning sauce) and the broth were both made as standard, and not to gamer specifications, but the ajitama (marinated eggs) were placed in a container with more Mountain Dew, some sake, and mirin, turning them an unappetising green.

Topped with chashu (braised pork belly), pickled daikon, and a whole heaping dose of gamer pride, this green-and-orange dish probably won’t be making it to restaurants near you. At least, we hope.

Would you eat this ramen? Do you think it actually makes you better at gaming? Let us know your thoughts down below, but remember: we neither made this, nor do we condone this violence against food. We like our eggs egg-coloured, thanks.

Warhammer: Vermintide 2’s next free update turns it into a rogue-lite
Marvel previews the HELLFIRE GALA, reveals the winner of the X-Men Vote
Tillie Walden and Donny Cates join The Walking Dead in Skybound X
Looking Back to 2006 with Tomb Raider: Legend – An Icon Reborn
Assassin’s Creed Valhalla Senior Writer Wants to Explore Brazil and the Incas, Perhaps Even Malta