I am simply a normal human. Wriggling on my belly, dragging my sole brain cell through the dirt in search of food while snakes watch with scientific curiosity. Soon, I will have many thoughts, but I’ve many sandwiches to eat and plenty of goblins to grow before that day comes. So goes Biodome II, the first of six bizarre short experiments released this week by LA indie collective Glitch City in a bundle full of human pinball, fire trains and massively multiplayer online cubes.

A bundle of games both bizarre and comfy, Keep the Lights On is a fundraising bundle of tiny games made over a handful of weekends by LA collective Glitch City – featuring works from folks like Brendon Chung (Quadrilateral Cowboy), Ben Esposito (Donut County), Beau Blyth (Samurai Gunn 2) and many more.

That first game is the one that sticks, though. Created by Jamie Parreno, Pen Ward, Ben Esposito and Beretta Lucifer, Biodome II is a greyscale absurdity that has you dragging your torso along the ground in search of sandwiches and brain cells. Eat enough tasty treats and you’ll do a little dump, from which a small gremlin will sprout which can then be eaten for brain cells to be used for solving puzzles. The circle of life, innit?

It’s not even the only monochrome body horror to feature in the bundle, either. While its vertical layout screenshots terribly, Russell Honor and Leena Huang’s Manball has you pinballing a curled up adult boy using paddles made of disembodied human arms. 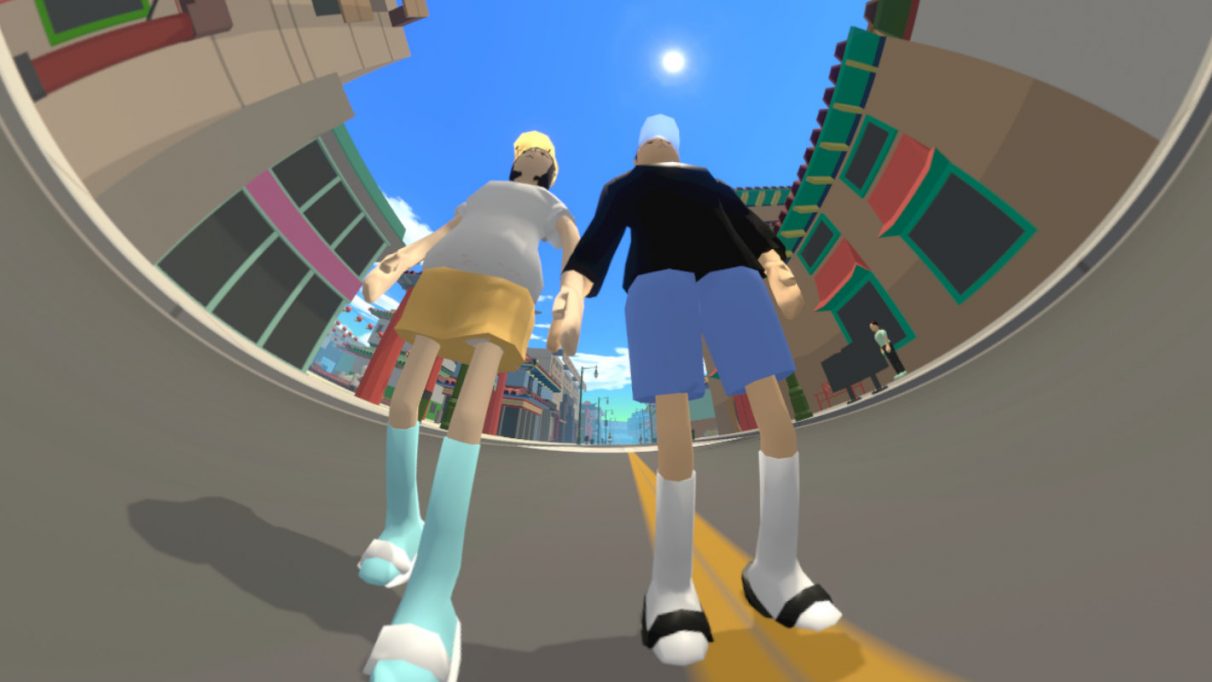 It’s not all desaturated limbs, mind. Goldline, by Brendon Chung and xptnd, has you simply vibing around a sunny Chinatown scene while poppy music by Gill Chang blasts in the background – one of those 24/7 Summer Hip-Hop Study Music YouTube mixes turned interactive experience. Fire Train almost feels like an abandoned web game from the noughties, pointing ‘n’ clicking your way through a locomotive firefighting trip. Starstealer’s platform-shooting is the most “videogame”, but feels a bit loose as a result. Finally, Teddy Dief and Tyler J Hutchison’s CHILL ZONE: ACT 1: ONLINE sure does feature cubes.

As quick jam projects, they’re not all winners, sure. But then, we can’t all make games about animal-flattening machines run by malevolent serpents. While most of the funds are going towards keeping the devs in their co-working space, at least 25% will go towards the LA Food Bank.

All six games are included in the Keep The Lights On: A Glitch City Fundraiser bundle, available over on Itch for $10.