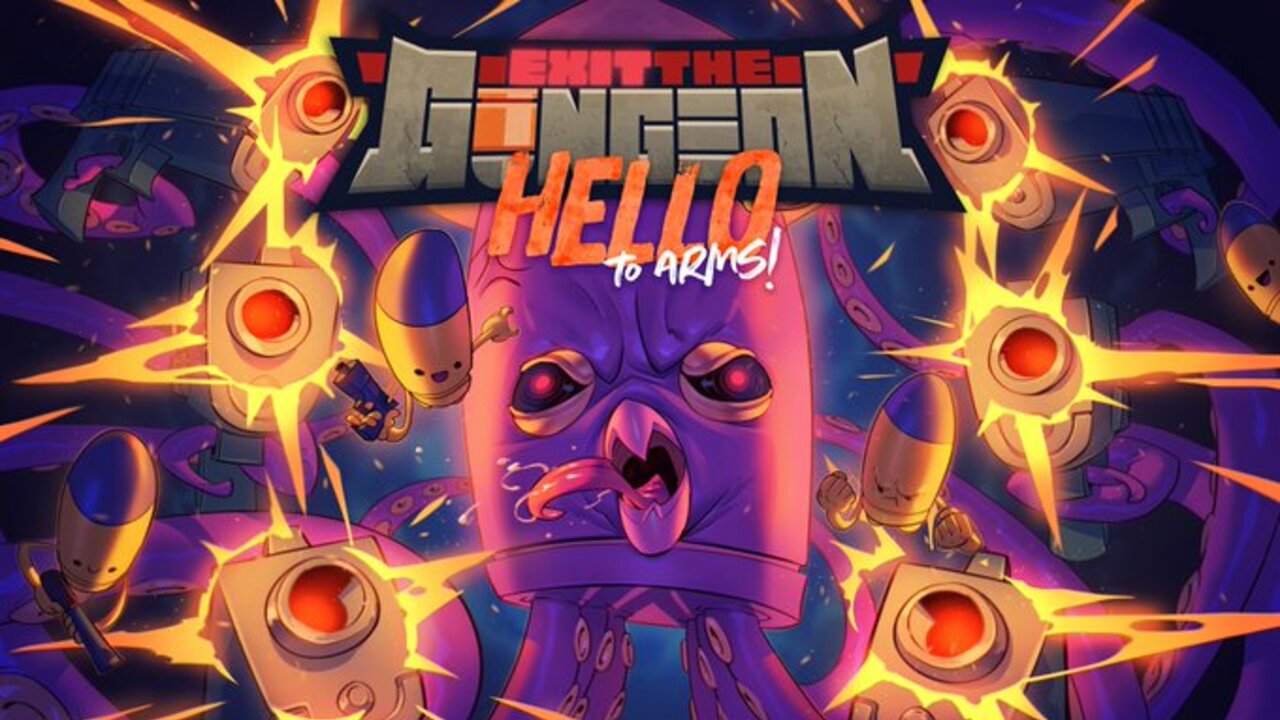 Update [Sat 14th Nov, 2020 12:00 GMT]: The ‘Hello to Arms’ update is now available! Here are the full update notes along with a brand new trailer, courtesy of the game’s publisher Devolver Digital:

Arsenal Mode: a new toggleable game mode in which weapons will be available as loot as well as for purchase in shops. Any number of these weapons can be held in addition to the Blessed gun, and can be used at any time. These additional carried guns have limited ammunition, which can be replenished by finding ammo pickups (exclusively in Arsenal Mode). This mode was designed to be more reminiscent of Enter the Gungeon’s gun management.

Shop Hubs: Bello’s shop has been expanded and now can be accessed twice per floor, allowing players more choice over when and how to spend their currency. This shop replaces the normal mid-floor room, in addition to its normal appearance after the boss. The shop has several doors to optional combat and NPC rooms that can be explored for loot or skipped. This should result in an overall increase in itemization for players who explore all rooms, as well as providing a source for weapon drops when playing in Arsenal Mode.

A new optional boss, the Glocktopus
A new NPC, the Ledge Goblin, and her minigame
As is tradition, several new guns and items
You can now pet the dog

This bullet hell dungeon climber will be arriving on Switch and multiple other platforms on 13th November.

Exit the Gungeon: Hello to Arms hits this Friday including the launch on PlayStation 4 and Xbox One!— Enter/Exit the Gungeon (@DodgeRollGames) November 9, 2020

This game, as you might already know, is the follow-up to Enter the Gungeon. In our review, we awarded the sequel seven out of ten stars and said it was a finely honed action-platformer that adds a new dimension to the blasting and dodge rolling in the first game.

Will you be revisiting this game later this week? Comment below.