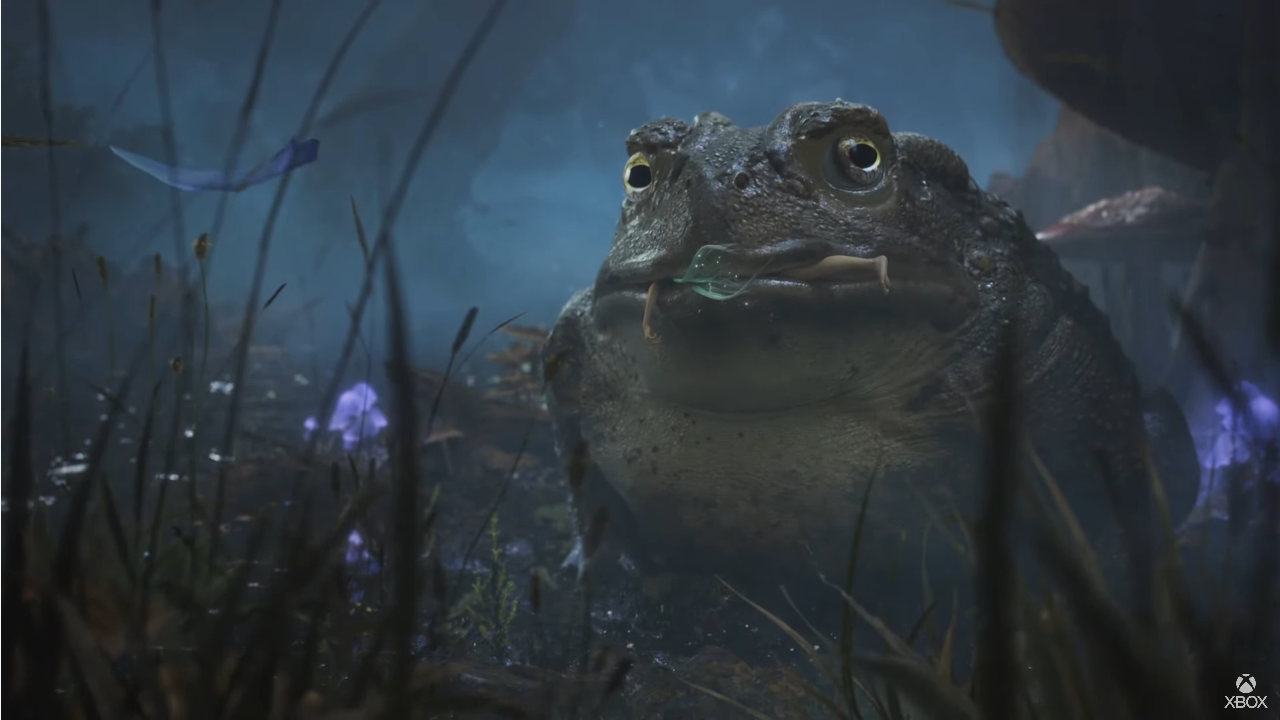 On paper, last night’s Xbox next generation showcase was better than Sony’s equivalent event – but online perception and reaction has been more negative.

Sure, the Microsoft event may very well have had more games, but it lacked something utterly crucial: tangible, real, next-generation showstoppers.

Halo Infinite is of course launching alongside the Xbox Series X, but the showcase made clear that it’s not the next-gen powerhouse you’re looking for. It’s optimized for Xbox Series X, but ray tracing won’t be in at launch. It runs at 4K and 60fps, which is great, but it ultimately looks like a current-generation game with the resolution turned up.

This was the story of the event, at least for Xbox’s exclusive first-party games. The ones that felt like real, playable video games looked like and indeed are things that are playable on your Xbox One, or on a decently capable gaming PC without splashing out on a mega-powerful GPU. The Xbox Series X launch looms, but there were no real examples the sort of games that’d demonstrate plainly why you’d want to be an early adopter of the machine.

Like I said before, on paper this was a better event. You had a strong third-party showing, if still weak in games out of Asia. Then there were the first-party offerings, including exciting new announcements like Obsidian’s Avowed and a further glimpse at Rare’s Everwild. A classic 360-era Xbox series made its return in Fable – but none of this lands as heavily as it should because at this stage none of these feel like real, tangible video games.

Back in the PS2 era when games had 18-month development cycles, early CG trailers made more sense. In 2020, game development can take five, six, seven years – more. Who knows how early these CG trailer games are, and when we’ll be playing them? It’s difficult to get as excited as we used to.

Fable is the particularly egregious one, for my money. This is an announcement that should’ve set social media ablaze – but a few hours after the show, nobody was talking about it. Many had moved on to sharing memes mocking some of Halo Infinite’s unfortunate-looking enemies. Fable had a fine trailer – cute, funny, and understanding the Fable tone – but it just wasn’t enough. In my eyes, it fell flat for a few different reasons – and not just because it told us more or less nothing about what this game will be other than the fact it exists.

First, and perhaps most acute is that question of next-generation showcases. I understood that the cross-generation Halo Infinite wouldn’t be a powerhouse going into this event so I’d pinned some hopes on Fable being the one to do that – even if it was just in a brief in-engine but not representative of gameplay teaser.

Second is a matter of trust and Microsoft’s history. It’s fair to say that the Xbox One generation was a bit of a disaster, including bunch of high-profile game cancellations – one of which was the last Fable game. This is also a new studio taking the reins of the franchise.

A short CG trailer works as a promise, but asking the audience to just trust you and be hyped having shown basically nothing of substance is a big ask off the back of cancelling the last game in the series. Especially with this new game coming from a developer who’s known for racing games. Fable’s new stewards deserved a reveal that truly showcased their vision and understanding of the world Lionhead created. Perhaps Fable was simply revealed too soon; but for true excitement fans needed to be shown something more tangible and demonstrative of what sort of revival this would be.

If we put aside the idea that a CG teaser is disappointing in the context of a next-generation showcase, it’s also just not a very good reveal trailer. An example of a strong one is the 2015 Mass Effect Andromeda reveal. That was also a teaser to announce a new entry in a beloved franchise, but it also tells you things about the game to come. It was captured ‘in engine’, but looks nothing like the final game really – it looks more like CG. But it drove fans into overdrive, frame-by-framing the teaser for nuggets of information.

The choice of music and the mysterious character flipping through potential destinations for his ship pitches the entire concept of the game in under two minutes. You’ll be in a lawless land, thus cowboy ballad Ghost Riders in the Sky playing to evoke the wild west. You’ll be journeying across uninhabited planets. There’s a new land vehicle. And there will, of course, be conflict. There’s a lot to unpack in that trailer despite it not revealing much – but the detail that was there served to get fans excited for what was to come. Thinking about that trailer still triggers a happy response from me – even though the final game wasn’t great. The Fable trailer told us… there will be a new Fable? And there’s some sort of new kingdom. That’s about it.

If we take a look at what Sony showed in its PS5 event, we can see it wasn’t all that different. Sony’s big bet for launch is a glorified Spider-Man expansion, upgraded and tweaked to take advantage of PS5. That’s not too dissimilar to Halo – and Microsoft’s game has the edge because it’s a full-sized, all-new game. But Sony also showed a detailed dive into Horizon Zero Dawn’s sequel at the same event – a game not out for a while, but one that demonstrated what a true PlayStation 5 game will look like. Knowing that is coming in 2021 makes a launch PS5 purchase more palatable and exciting, even if launch is a bit flat. 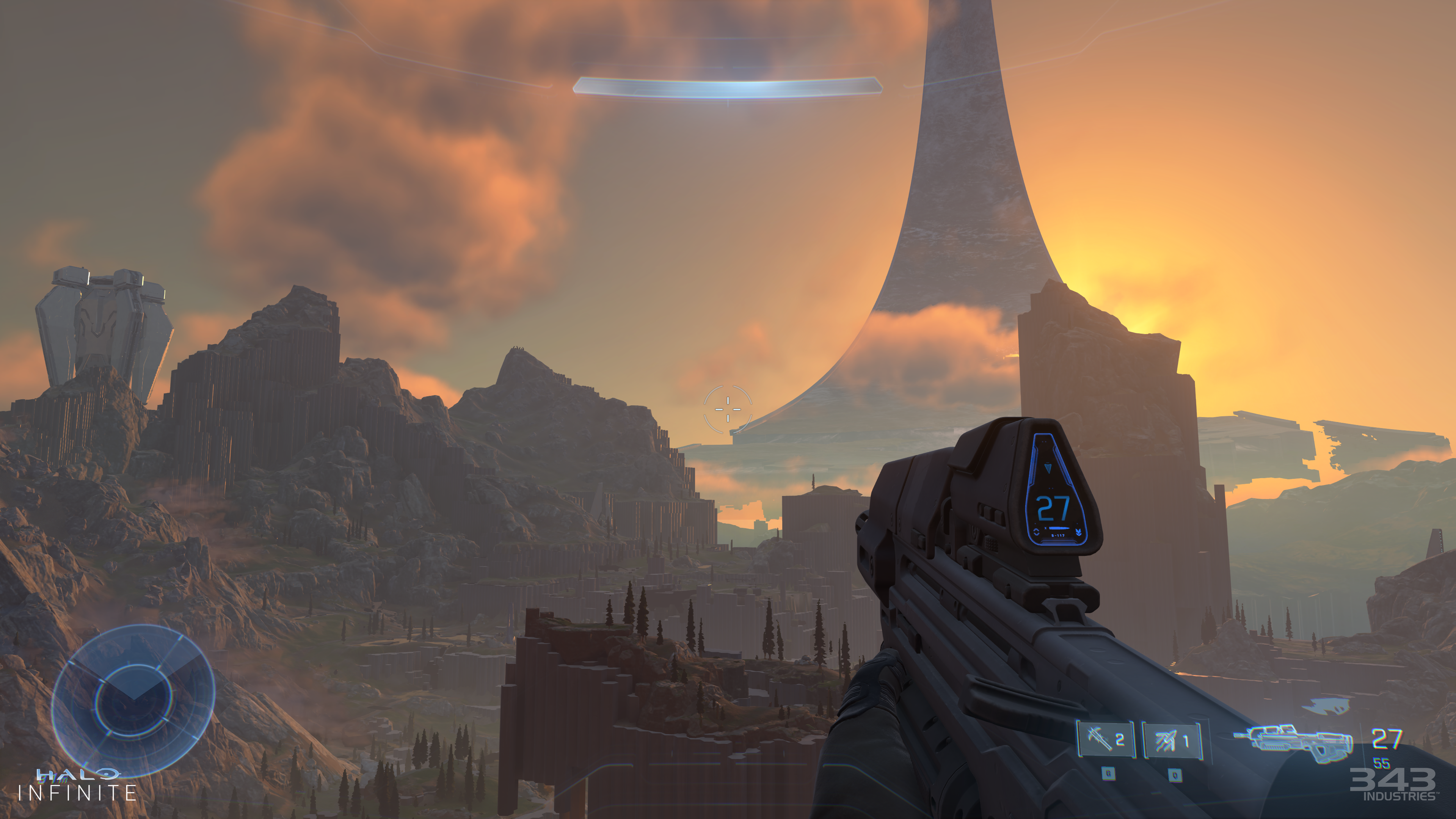 Xbox’s first-party event didn’t provide anything to match that Horizon: Forbidden West showing aside from the briefest real-time graphics glimpse at an undated and untitled Forza Motorsport. It certainly makes a purchase of an Xbox Series X feel less urgent.

Perhaps Microsoft simply doesn’t care about that. The priority is obviously to get you to subscribe to Game Pass – still the best value in gaming right now – and this event was great at doing that. In showing off much of the Xbox Game Studios line-up for the next few years, you now know exactly what base value Game Pass will have – and that’s before any third party additions. Game Pass remains excellent value.

But Microsoft is still launching an expensive new console, and it still needs to give players a reason to want to open their wallets and shift their allegiance to give Series X a try. As a showcase of Xbox Game Studios (the brand) and Game Pass (the service) this event was successful, but as a next-generation showcase of Xbox Series X, it was honestly a bit of a bust. Here’s hoping reveals later in the year can give us more of a true look at what an Xbox Game Studios next generation exclusive might actually look like.