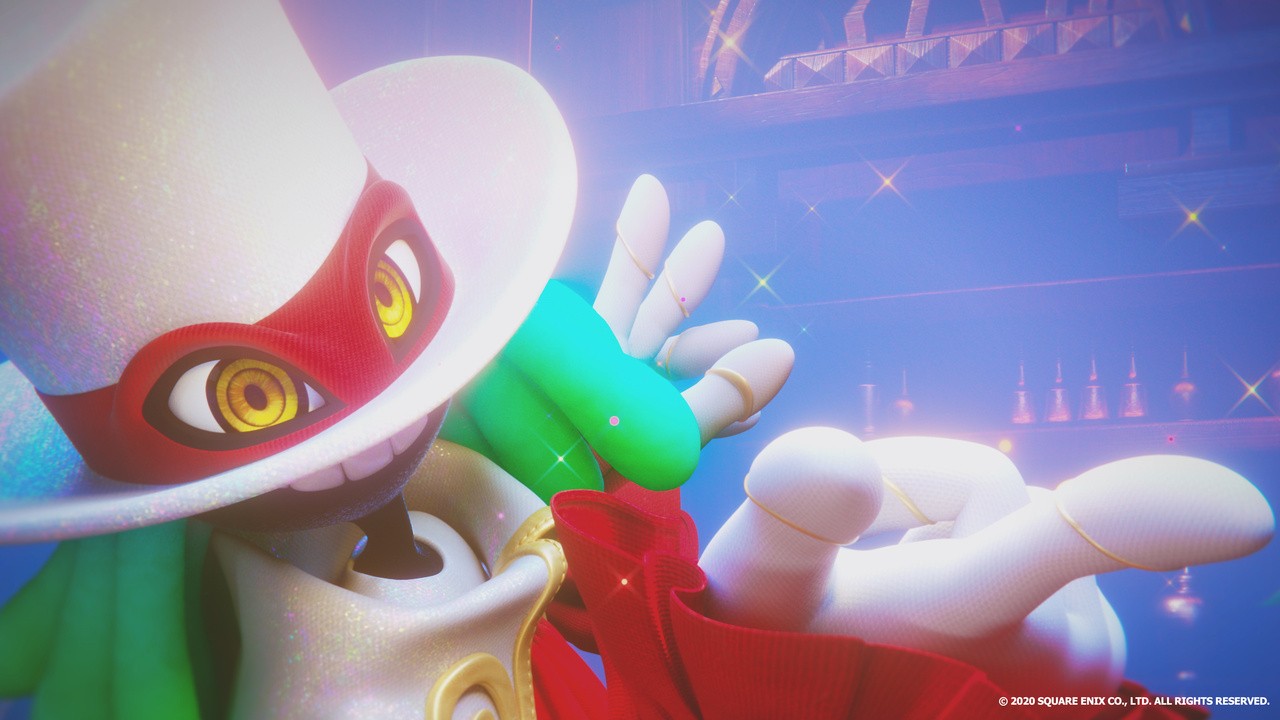 A new game from Yuji Naka and Naoto Ohshima, perhaps best known as the creators of one Sonic the Hedgehog, has been announced as part of the Xbox Games Showcase. Square Enix is bringing Balan Wonderworld to Switch and other consoles in next spring.

Described as a 3D action platforming game for 1-2 players, the trailer (above) evokes memories of 3D SEGA games like Nights Into Dreams on the Saturn, which both creators also worked on, and Billy Hatcher and the Giant Egg on GameCube, which Yuji Naka produced.

Here are some details from the game’s newly launched website followed by some screenshots:

BALAN WONDERWORLD is a wondrous action-platformer game themed around a mysterious musical theatre.

The stars of the show will use special abilities from a multitude of characterful costumes as they adventure in the bizarre and imaginary land of Wonderworld. Here memories and vistas from the real world mix with the things that people hold dear.

Twelve different tales await our stars in Wonderworld, each with their own unique quirks. They will explore all corners of these labyrinthine stages, using all the tricks and gimmicks hidden along the way, to get to the heart of each touching story.

The fact that the game was also making its way to Switch was confirmed on Twitter. There’s also a video on the game’s website with an introduction to the game from the creators:

Like the look of that trailer? Let us know if you’re excited for Balan Wonderworld below.