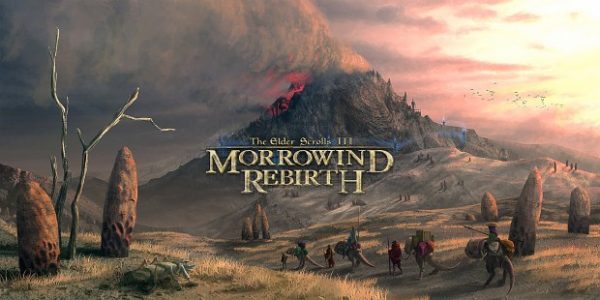 Morrowind Rebirth, a mod that reimagines the classic Elder Scrolls game as a newer title, recently received a huge overhaul that totally revamps its world.

The news comes from an official mod update posted over at ModDB.com. For those unacquainted with Morrowind Rebirth, it’s a project that aims to make the third installment of The Elder Scrolls approachable and enticing for both new and returning players.

The update includes lots of bug fixes for some pretty funny glitches. For example, a character named Saruse Hloran had 20 Chitin shortbows and only one Chitin arrow. I’m not sure about you, but it sounds to me as if reversing those values would be a lot more practical.

Meanwhile, it was illegal to rest in certain beds even after you officially rented them, which sounds like a bit of a scam to me.

On top of bug fixes, the overhaul also made significant changes to Morrowind Rebirth, as well as implementing a variety of additions. For example, the mining town of Gnisis was subjected to a complete visual overhaul, which doesn’t add a whole lot of new content, but completely changes the landscape around it.

Seyda Neen also got a visual overhaul to make it more of a fishing town, while new armor, artifacts, and ingredients were also added to the mod. Across the board, several hundred minor visual alterations were made to improve the quality of the game’s overall aesthetic.

So, if you’re looking to explore Vvardenfell for the first time, or simply have a desire to return to the home of the Dark Elves, be sure to check out the Morrowind Rebirth mod page. It features its own original add-ons as well as having new graphics, such as new characters, items, abilities, and more.

If you’re interested, you can also check out Skyblivion, the fan-made Oblivion remaster built entirely in Skyrim.