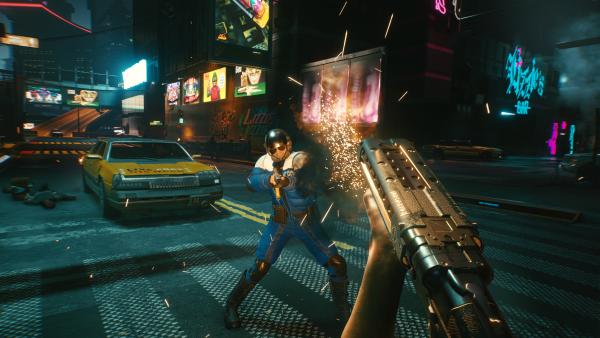 There are a whole lot of Cyberpunk 2077 perks for players to choose from, but certain abilities are far pricier than others.

A recent post on Reddit drew attention to the most expensive perks available to players in Cyberpunk 2077. The post was backed up by a YouTube video, which is embedded below. If you skip to 45:09, you’ll see the section where the person previewing the game gets their first look at the Cyberpunk 2077 perks tree – which is incredibly varied.

The skill tree is broken down as follows: There are five attributes – Body, Reflex, Tech Ability, Cool, and Intelligence – and each attribute has 12 sub-skill trees. On top of that, each skill slot has approximately 20 perks.

The person streaming Cyberpunk 2077 in the preview quickly decided to figure out which perks were the most expensive as a means of getting an idea of which ones were deemed to be particularly powerful.

For example, Dragon Strike is a perk for Blades under the Reflex section. When using Dragon Strike, your strong attacks will consume stacked bleeding effects and deal 15% extra damage.

Meanwhile, Guerrilla is a Street Brawler perk as part of the skill tree’s Body attribute. Using it causes your critical hits to increase by 60% for 10 seconds after you kill enemies. Hard Motherfucker is also under the Body attribute, but is tied to the Athletics sub-skill tree – it causes your armour and resistances to increase by 20% for 10 seconds.

In other things Cyberpunk 2077, it appears that Cyberpunk 2077 will be censored in Japan. If you’re keen to find out more about what to expect when it launches this November, be sure to check out our impressions after spending four hours playing a hands-on demo.

My favourite thing about Cyberpunk 2077 so far is that one of the gang bosses has a cool Radiohead tattoo.