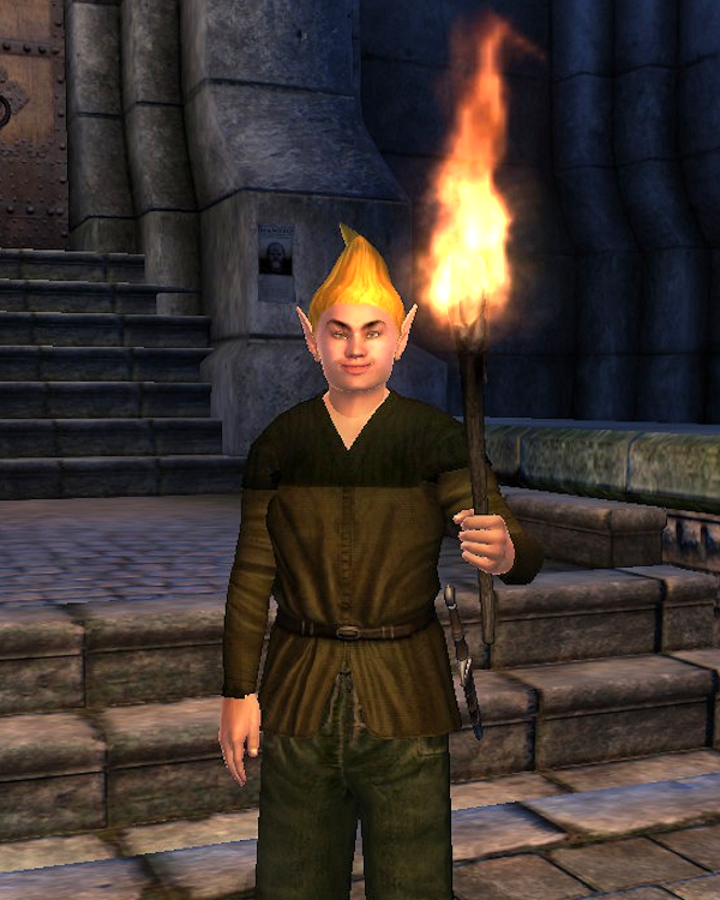 If you’re even remotely familiar with The Elder Scrolls, you’ll likely remember the Adoring Fan from Oblivion, who is a very enthusiastic follower of the Imperial City’s Grand Champion.

The Adoring Fan has been the source of many a meme since Oblivion’s inception back in 2006, but this cosplayer’s performance takes the joke to a whole new level.

You can check out the video in the Reddit post embedded below, which shows the Adoring Fan — the real-life version, as acted out by a cosplayer — reciting a variety of his most iconic lines. I reckon the cringiest of the already impossibly cringy bunch might be, “Okay, well I’ll be hanging around the Arena grounds in case you need somebody to worship the ground you walk on.”

I practiced all of the Adoring Fan’s lines for my cosplay at cons; was drunk 60% of the time while reciting them at cons. Cringe aged like a fine Cyrodilic Brandy if I do say so myself. from ElderScrolls

“I practiced all of the Adoring Fan’s lines for my cosplay at cons,” writes the poster, who goes by the handle Ampersanders. “[I] was drunk 60% of the time while reciting them at cons. Cringe aged like a fine Cyrodilic Brandy if I do say so myself.” I must admit, Ampersanders, I concur with the oak-aged extravagance of cringe here. Although I reckon I’d give brandy a miss, because it’s what the Thalmor drink, and they’re total shitheads.

In related news, it’s been 14 years and Oblivion is still irrefutably and hilariously broken. Meanwhile The Forgotten City, which was once a Writer’s Guild of America award-winning Skyrim mod, is being fleshed out into its own game based in Rome.

If you’d like to hang out with the Adoring Fan outside the Imperial City’s Arena, but don’t have any older consoles to run Oblivion on, you might be in luck. Skyblivion is a full, fan-made Oblivion remake built entirely in Skyrim. If you’re curious about what it actually entails, we went behind the scenes with its development team to discuss everything from quest writing, to environmental design, and beyond.

What are you playing this weekend?
This Week on DC UNIVERSE INFINITE: A New Sweet Tooth Saga Begins!
Pokémon Sword and Shield has been updated to version 1.3.2
Glitchangels Review
Two murder mysteries and a game about smashing walls compete for the IGF grand prize