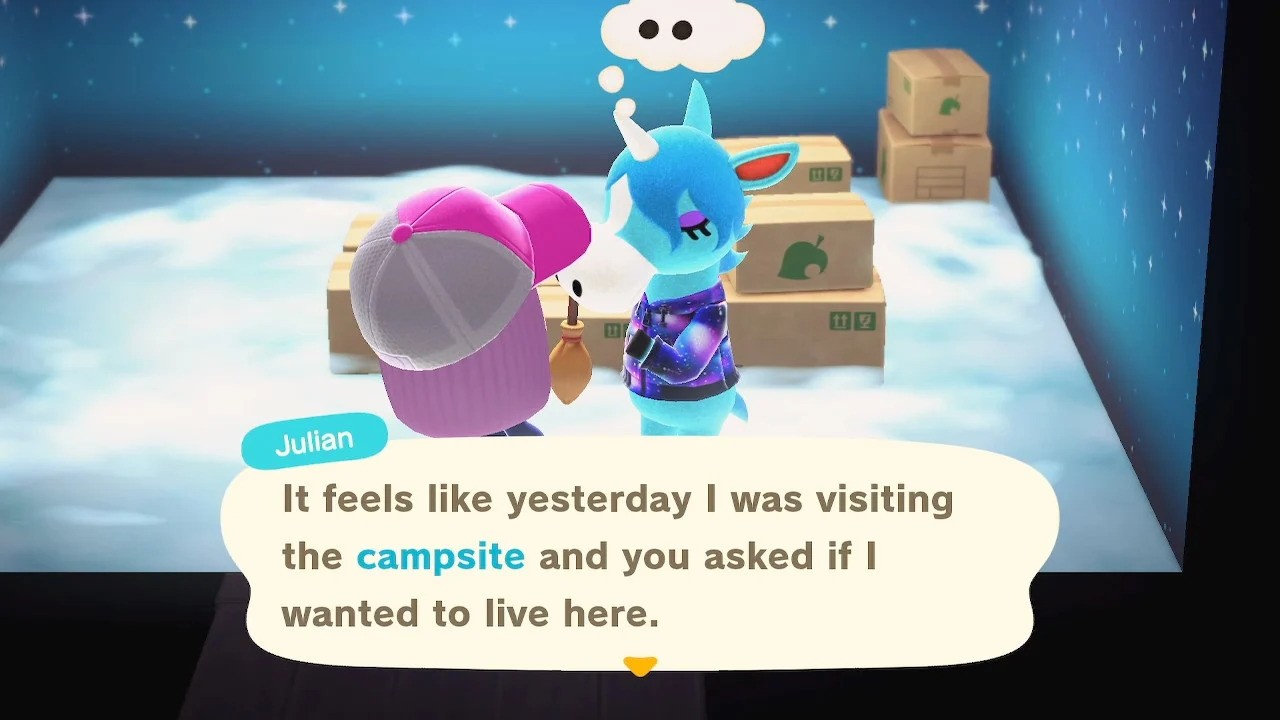 There’s so much to discover in Animal Crossing: New Horizons, but there are some things in the game you’ll probably never work out or be able to make sense of unless you have a little extra information. This is where datamining comes into play.

Just days after the reliable Animal Crossing dataminer Ninji revealed how certain villagers will only send you fake paintings in the mail, they’ve now explained the process behind villagers moving out – and don’t worry, it’s not really your fault when they do leave, it’s much more random than that.

Although this information was collected in version 1.2.0, Ninji believes the behaviours are still the same in version 1.2.1. Here’s the full rundown:

there’s a couple of conditions on that

a = average friendship they have with all island residents

r = amount of residents with >200 friendship

villagers will be excluded if:
– house is being moved
– birthday was in the last 7 days
– they were picked last time and told to stay
– moved in most recently

Ninji sums up by explaining how there is no “magic method” to make villagers move out and says it’s all still heavily chance-based. In saying this, you can kick out villagers if you really want (by asking an existing villager to move out) – but it’s not exactly a straight forward process, as explained in our guide.

Has a villager left your town recently? Tell us below.

Frog Thor gets his own Funko figure!
Halle Bailey Talks Seeing Herself As Ariel In The Little Mermaid For The First Time And How She Reacted
theHunter: Call of the Wild’s New Reserve Arrives Today on Xbox One
God of War Ragnarok Release Date News Expected Tomorrow Without State of Play
Asus, Gigabyte Project Weaker Sales as Consumers Reject GPU Bundles