It was with raised eyebrows that I met the news of 2K’s plans to re-release all three Mafia games. With the second and third already out, but neither game worth playing at all, it is the first that creates intrigue. This long-loved, but very long-in-the-tooth 2002 mob-me-do, seems like such a fascinating prospect to see given an overhaul. But might eighteen years since its release mean maybe it’s already too late? I’ve been back to the original to see.

Erk. I… I don’t think I like Mafia any more.

I’ve loved Mafia for years. I loved it in 2002 when it came out. I still loved it in 2011 when I last returned to Lost Haven. But this time, probably my fifth or sixth time playing the game through, I just couldn’t find it. Its idiosyncrasies, its jankiness, its abysmal checkpointing – I ran out of patience with it. I still love the narrative arc, as hackneyed as it may be. I adore that it jumps through time, that the city’s cars constantly develop as you progress, and I still completely love the ending. But as a game to play today, it’s such a chore.

The key thing is, no particular aspect of Mafia is actually very good. The driving is dull and monotonous, not least with the necessity to obey traffic laws to actually get where you’re going, in deliberately clumsy cars. The on-foot sections are a gibbering mess, never worse than when you’re supposed to be “jumping” to escape over rooftops. The gunplay is atrocious, the enemies hilarious bullet sponges, and deaths often random. And the cutscenes are a mixed bag of some nice moments intermixed with some really hackneyed drivel. It’s just, all these not that great bits put together once seemed to find a special magic. And now, for me at least, that magic appears to have fizzled out.

This was the tale of Tommy Angelo, a congenial cab driver who gets mixed up in a Mafioso group of apparently about seven people total. It covers a decade of his life as he descends into the murderous antics of a mobster lifestyle, while the Salieri family for which he works loses its grip on power in the city. Liberally borrowing from every Mafia-led movie you’ve seen, its best feature was always that its narrative took a downward trajectory, that Tommy’s life gets worse and more meaningless the further you progress. The problem is, in 2020, progressing is a lot more hard work. 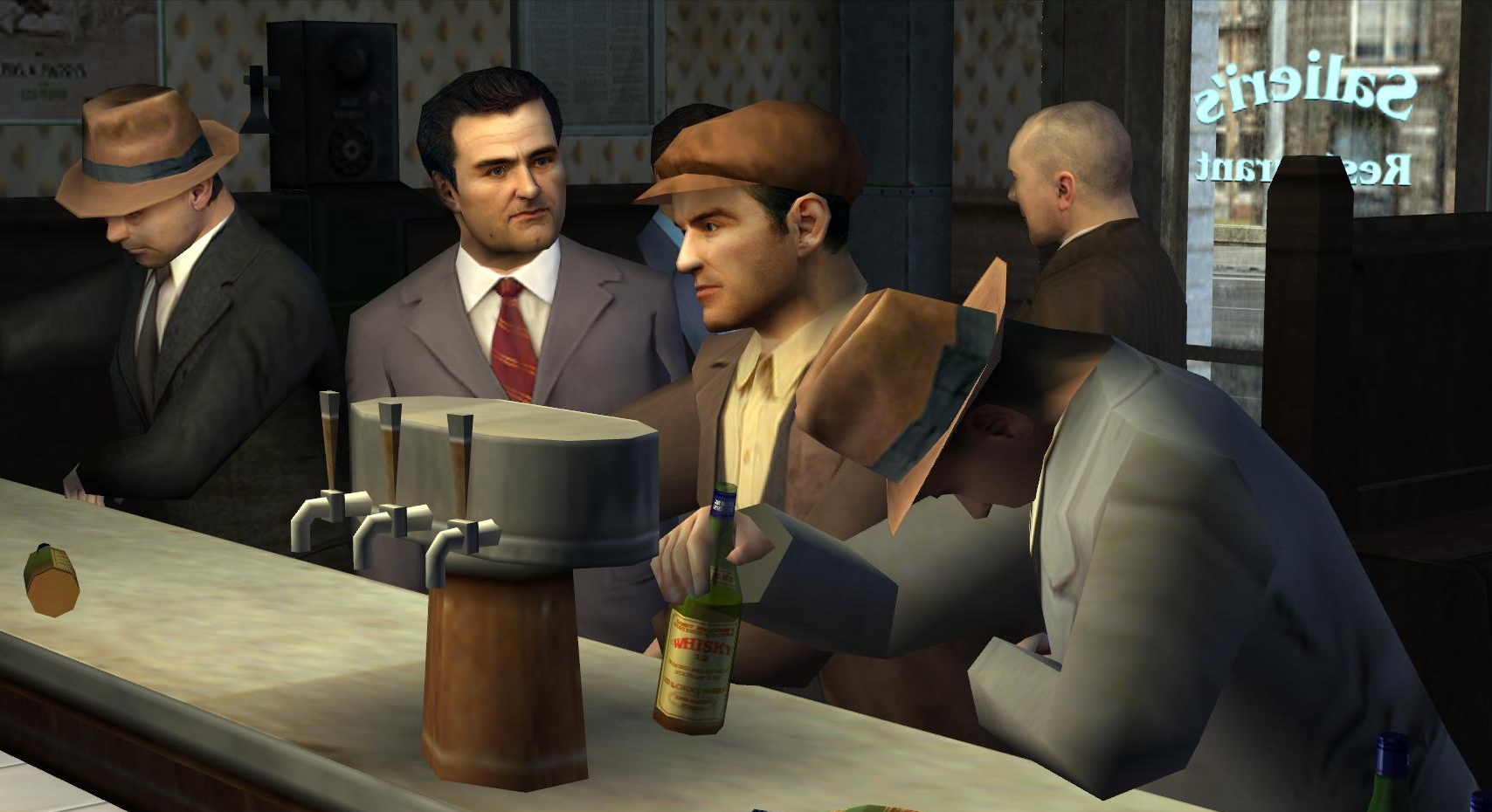 I remember the story of Mafia being so movie-like. These great cutscenes with Italian-American accents delivering Scorcese-like scenes. The reality is a little more like a grab-bag of 1930s one-liners all scattered together with a “Capiche?” at the end. Tommy goes from cab driver to joining the Mafia because… Well his given explanation is that his taxi driving boss doesn’t employ people who are in the mob, so he wouldn’t be able to have his old job if he joined, so he might as well join? Honestly, it’s just gibberish. He’s warned never to betray his new murderous boss, and cheerfully concludes he’ll likely make a bit more money being a professional murderer, so what the hey! It’s only later that he realises what he’s become, and the story offers some notion of the impact of such life choices, but as I play it now, it’s really not justified. It just makes assumptions, tells you that things are the case without really earning them. Capiche?

And yet I still like Tommy, hate Paulie, and am entranced by consigliere Frank Colletti. I think perhaps it’s more familiarity than anything at this point, but gosh, just their faces evoke nostalgic fondness. And crikey, what faces they were.

Mafia’s graphics were, and remains, so completely peculiar. They’re part extraordinary, utterly cutting edge at the time, still incredibly lifelike and effective today. And they’re part smeary Vaseline mess, buildings drawing themselves in when you’re practically inside them, with monotonous grey dominating so much of the screen. Characters have astounding detail on their faces, pock-marks in their skin textures of remarkable realism, even with their polygonal ears. Yet at the same time they wear ties that are so smeared as to be comical, and have arms that look like fleshy tubes. The bizarre interweaving of the two creates the same feeling as when you wear someone else’s strong prescription glasses, the oddest things suddenly in focus, while vast details go all blurry. Characters’ faces seem to be detailed based on how many lines they get, with Tommy the most photorealistic, while bit-parts get creepily monotone mannequin faces, or the even creepier blow-up-doll lady faces.

And despite how bleary and bland most of the city is, I still really enjoy the transitions from town to countryside, even if the in-game map is so awful as to not even bothering to show these roads, just stating, “Off the map” as if you did something wrong by driving to the mission location. Although that’s as nothing compared to the game’s minimap – one of the most hilariously useless UI features in all of gaming. It shows the location of all nearby cars but not… the roads they’re on. It’s a grey circle with car dots in it. It’s quite the thing. 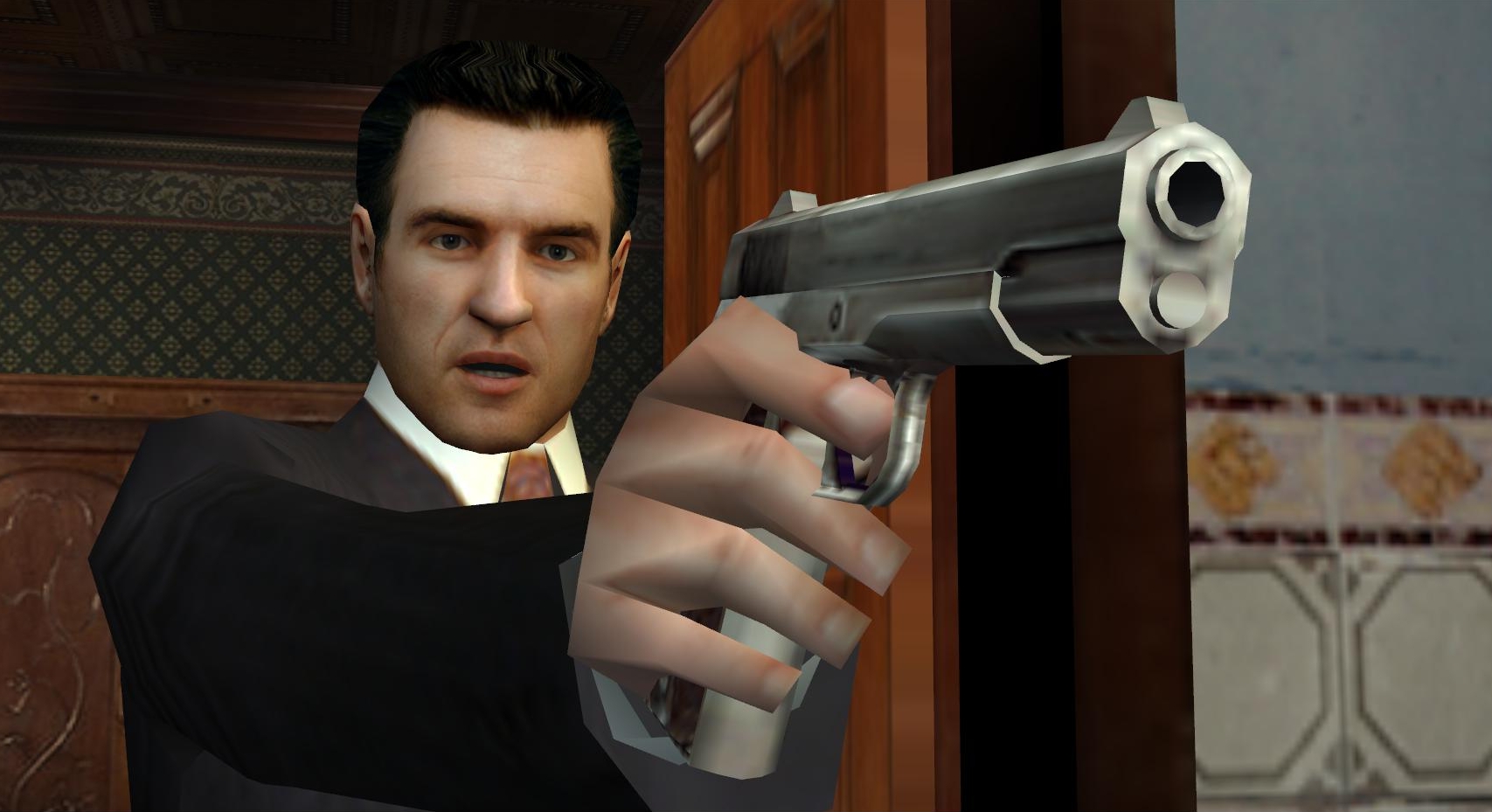 The real problem though is how badly balanced it all is. I’ve previously put up with it, because despite the many, many flaws, it also had a weird sort of charm. But today, honestly, I just don’t have the patience to replay the same damned mission over and over because there’s a sniper who can kill me in one shot long before I can get anywhere near him, and restarting each time requires replaying great stretches of dull nothingness. That sodding rooftop chase is so agonisingly terrible, and most extraordinarily starts you with whatever health you had left over from the mad gun fight you’d just run through, with no opportunity to get more for the entire mission. And then the airport. Oh God, the airport. It’s such a horrible mess of a level, the beats all over the place, the empty spaces so tedious to run around, and the enemies so unwilling to die no matter how many bullets you pop in their heads and tummies.

And of course the race. The infamous race. Even in the patched version, where you can set opponent AI to “very easy”, and turn off damage, you’re still fighting against the game’s capricious whim. Five laps, each almost two minutes long, where going wrong in the final lap means having to start over, and over, and over… It’s luck of the draw, of course. I’ve won it the first time I’ve played it before. This time it took me about seven miserable attempts, driving what appears to be a paper aeroplane on a blustery day, to get past this bloody nonsense.

Which all leaves me fascinated to see what the remake will look like. Illusion don’t exactly have my confidence after their absolutely god-awful Mafia III, although even if 2K Czech still existed, their dreadful Mafia II performance wouldn’t have offered much hope. Anything left that remains ingratiating about Mafia is likely to be the first replaced. Those quirky angular graphics, and they’ll obviously be the first thing to go. Then the rather sweetly swear-free dialogue seems horribly likely to get quite literally fucked up. Both Mafia II and III seemed to absolutely revel in their (exc)use of racist epithets, which are mercifully rare in the original game – maybe that’ll be changed now too?

But at the same time, maybe they’ll fix up the awful pacing of so many of the missions, and perhaps not have the first two hours of the game be vast stretches of incredibly dull driving? Could they even add some decent car physics? (I’d suggest no, since they didn’t in Mafia III either.) The one thing they’d better not change is that completely barmy and utterly brilliant smoke effect, with lots of little circles gradually blurring together. I find it hypnotising. I love it. I need it to remain. 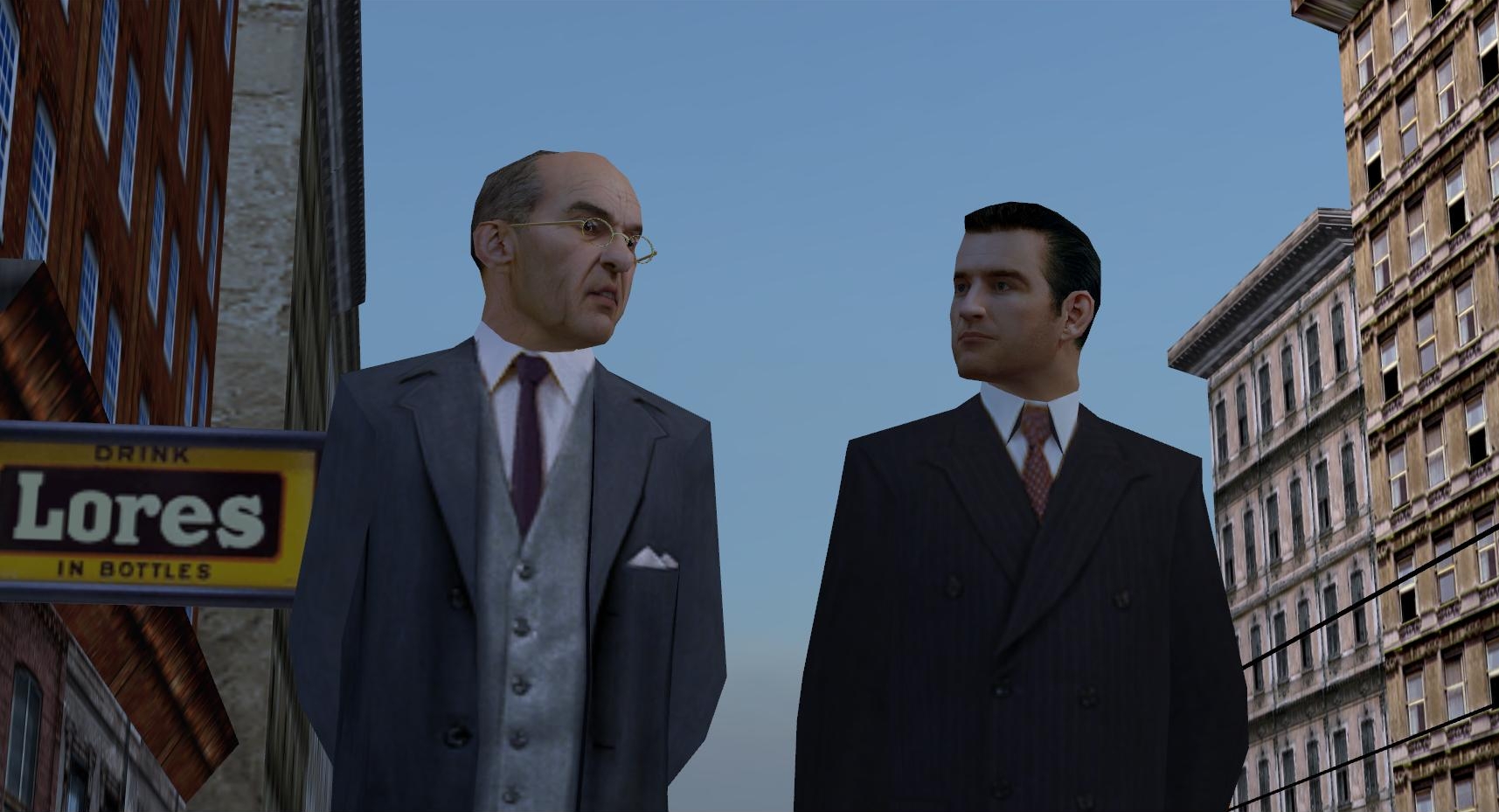 I’ve a horrible feeling a remake of Mafia will reveal it for the really rather hollow game it’s always been, but with the magic charm it never really should have been able to justify entirely stripped away. We shall find out later this year. But sadly, for me, I think this was likely my last ever visit to the original Lost Haven. I’ll miss it.

Can I still play Mafia?

Yes, surprisingly well, too. I didn’t apply any available mods or fan patches, and had the game running comfortably in ultra-widescreen with no issues. Well, one issue: all the cutscenes play in a strange little box on the far left of my monitor, but that’s fine! The game itself runs super-well straight off of Steam.

Should I still play Mafia?

I dunno? I thought I was going to love it all over again, but for me, too much time has passed, and the jankiness has become too intrusive to forgive the horrible mission structure. But you may well strongly disagree. That’s your right.

John Walker was one of the original creators of RPS, before he was fired for being too great. He now runs Buried Treasure, a site dedicated to unknown indie games. You can support his Patreon!