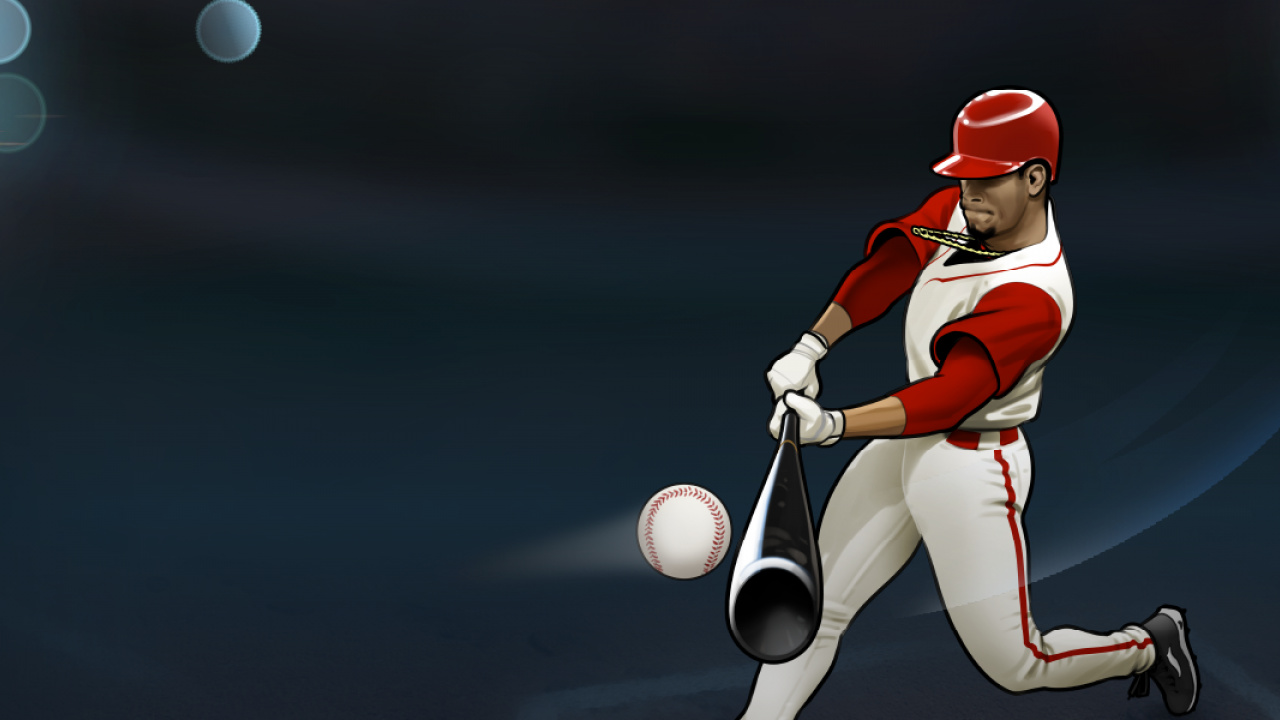 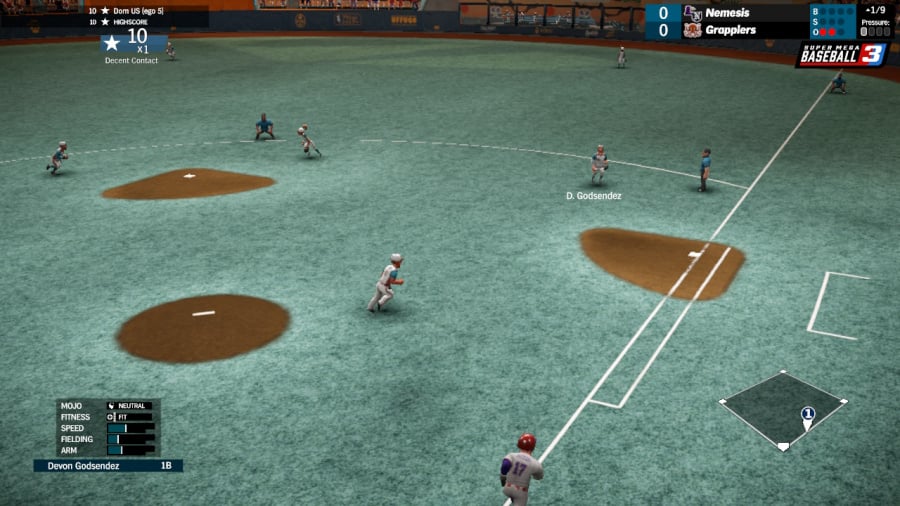 For the initiated, baseball is the great American pastime. From the pang of a freshly struck home run to the smell of hot dogs wafting down from the stands, it’s the quintessential U.S. sport. Much like gridiron and basketball, the sport’s recent video game recreations have also become more focused on hyper-accurate realism over anything else. The likes of R.B.I. Baseball 20 has followed the trail blazed by MLB The Show with huge attention to detail, but that focus can too often put off players looking for more of a merciful arcade experience. For those looking for a little more accessibility, the Super Mega Baseball series has become the go-to place on Switch.

Of course, we should point out that the latest addition, Super Mega Baseball 3, isn’t a proper pick-up-and-play experience such as retro classics such as Clutch Hitter or MLB Slugfest, but rather a comfortable middle ground between simulation and silliness. There’s just enough tutorial content to ease you into the game’s rule-set and the nuances of the sport, but a huge amount of depth for those that know the subtle difference between a two-seam and a forkball, or the pros and cons of rotational hits vs. linear. 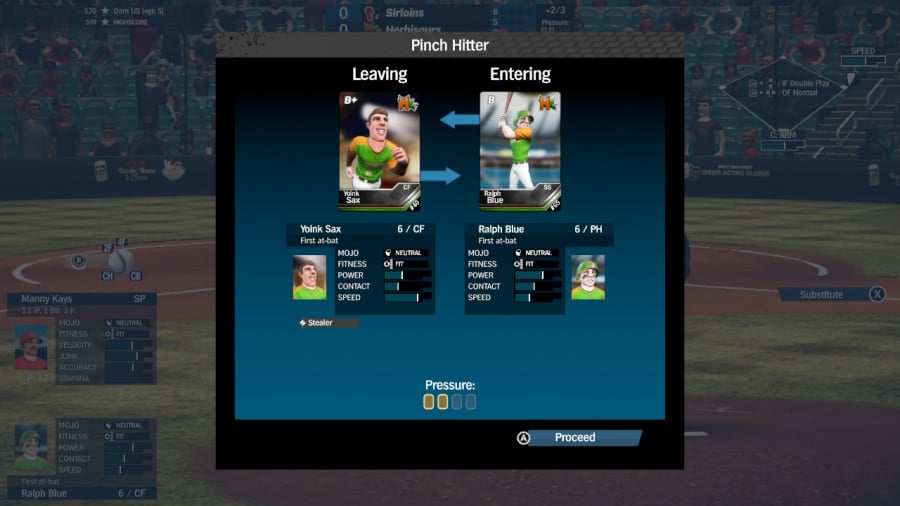 Super Mega Baseball 2: Ultimate Edition set quite a bar when it jumped onto Nintendo Switch last summer, and this instalment thankfully keeps all the things its forerunner did right – the customisable difficulties, the subtleties of power batting and the sheer level of player customisation options – and simply adds in many of the features that were notably absent or in need of extra flesh. One of the biggies, and something most big-name sports sims simply couldn’t live without, is the introduction of a new and improved Franchise mode.

Now you can oversee a team through multiple seasons rather than just the one, controlling everything from rookie signings all the way to the diet of your players. Yes, you can even have a go at being a sports nutritionist, with your choices affecting player performances on the field. There’s a real joyful sense of humour to how Super Mega Baseball 3 ties this mode together, with the option to send your players to aerobics classes if they’re getting a little slow or assign them to yoga classes for a little extra flexibility. There’s no option for trading, but even without that sort of external economy, this new and improved mode will likely become your biggest time sink. 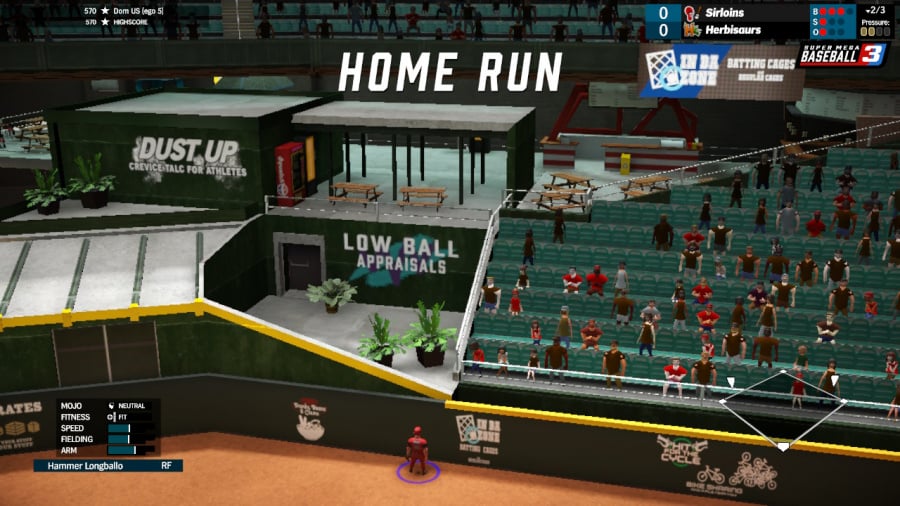 On the field, Super Mega Baseball 3 is every bit the deep and rewarding experience it was in the previous entry, although a few niggles still persist. While it very much leans into the simulation with the sheer amount of nuance to pitching, batting and running, the developer continues to utilise mini-games to make all of the various mechanics flow into one another. Battling is all about finding the rhythm and sweet spot, pitching centres around timing and angles, and running becomes a chess match of sorts, where you need to weigh up moving your runners between bases at the risk of an out. Baserunners can now move off the base as soon as you initiate a steal, forcing you to watch with bated breath as your players attempt to beat catchers to safety. You can also pull off pickoffs now, but these can sometimes be a little too erratic for their own good.

Fielding is one of the few areas in which Super Mega Baseball 3 still struggles, mainly because it can’t quite decide how much agency it wants to give you. For the most part, fielding is done automatically – mainly because balls are often struck so fast they’re already halfway across the diamond before you can react – with your success of making a quick and secure catch determined by the stats of a given player. Your control of this aspect of the game centres around pitching the ball back to one of the bases on the diamond, with each position represented by a face button. It’s an enjoyable aspect, but one that often feels a little too random. 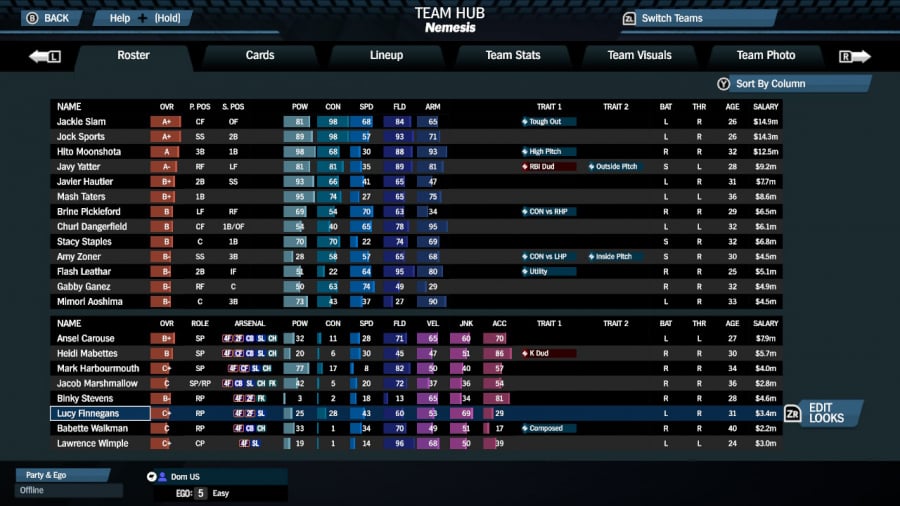 As a full package on Switch, Super Mega Baseball 3 really isn’t struggling for content. While it doesn’t have the additional DLC bulk of the previous game, the improvements to on-field play and modes more than make up for it. Performance-wise, the game rarely drops the ball, although those semi-cartoonish character models are still a bit of an eyesore – even more so with the blurring that’s been employed to keep it running smoothly on portable hardware. Thankfully, the full support for both local and online co-op play (including in Franchise mode) has been included on Switch, so those with a shared love for the sport will really enjoy sending this semi-simulation out to bat.

What it lacks in hyperrealism and officially-licensed teams, Super Mega Baseball 3 more than makes up for with a carefully adjusted set of physics that are deep enough to cater to RBI Baseball players while offering up the welcome addition of some improved modes. Franchise mode alone feels like a proper extension of the brand, with its irreverent sense of humour lending a welcome nuance to an otherwise content-heavy sports simulation.

Margot Robbie and Ryan Gosling Pictured on Set of ‘Barbie’ Movie
Sonic Team head: no plans to port other 2D titles, but may consider it after seeing reactions after Origins releases
‘Full Frontal’s Samantha Bee Back In The Woods After Contracting Covid To Finish Abortion Rights-Themed Summer Closer
The next Stardew Valley update is made for modders
How Chadwick Boseman’s Estate Has Been Settled Following The Actor’s Death