Technically it should be happy birthday to The Witcher 3, but it’s always better to put a face to an event, don’t you think? Yes, this week we all celebrated the fifth anniversary of CD Projekt’s most favoured baby (until later this year, at least). Join Alice Bee, VidBud Matthew and Nate as they discuss how Geralt would do on Come Dine With Me, if he’d be alright to have a pint with, and also maybe the game itself a bit.

This actually causes a bit of stirring debate. Matthew is a big Geralt fan, and insists he is obviously an alright bloke with a good sense of humour (but acknowledges they probably wouldn’t get on in person, because Matthew talks too much). Alice is less of a Geralt fan, and gets most of her Witcher kicks by ignoring Geralt’s personal backstory. She is mostly interested in the ghosts. Nate, meanwhile, has just played the opening about a bajillion times, but is still a fan of the atmos.

There’s also a mini-game devised by Nate that could be described as ribald, at best. You can very easily play along at home but it is, perhaps, not a segment to listen to when your children are in the room. Plus: did the Wild Hunt ever have a giant flying pirate ship? We are genuinely not sure at this point.

This Big Question this week was: what was your favourite moment in The Witcher 3? We chew over your responses, one of which was “saw boobs”. 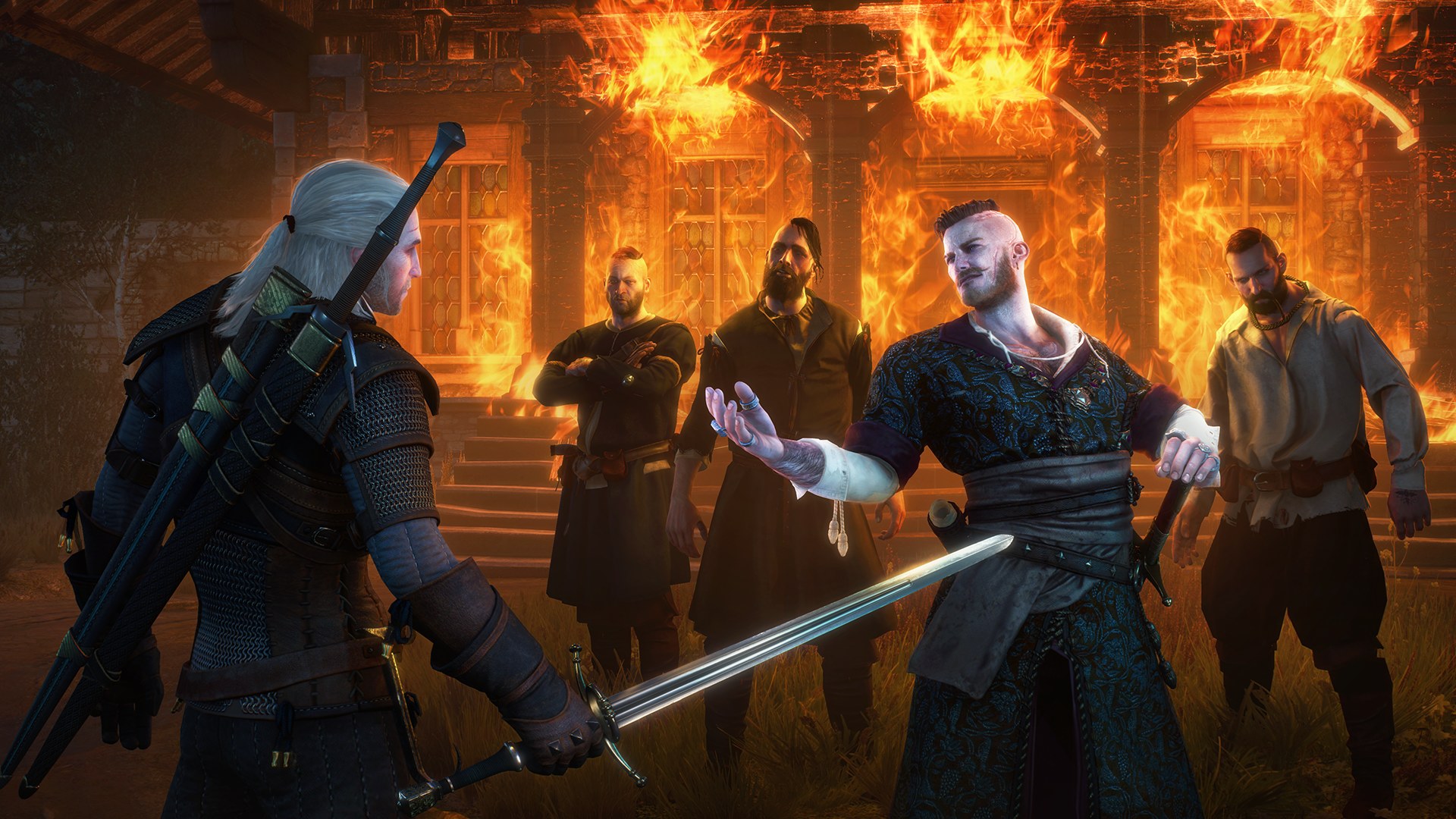 You can listen on Spotify, or above, or go straight to Soundcloud where you can download it for later. You can also now discuss the episode on our Discord channel, which has a dedicated room for podcast chat.

You can also get the RSS feed here or find it on iTunes, Stitcher or Pocket Casts. Music is by Jack de Quidt, who to our knowledge has not yet covered Toss A Coin To Your Witcher.

Links
The Witcher 3 is going cheap for the next couple of weeks, if you don’t have it yet

Our original review from all those years ago

And the review for Blood And Wine, which Matthew says is the best DLC for anything ever

This week Alice recommends The Last Dance documentary, Matthew recommends the ultraviolence of Gangs Of London, and Nate recommends putting Bovril over your roast potatoes just before you take them out of the oven.