The collection of NES games available to Nintendo Switch Online subscribers continues to grow over time, albeit slowly, and there are now over 50 retro releases from the original Nintendo Entertainment System to enjoy on the service, and today Rygar joined the lineup.

We recently asked Nintendo Life readers to rate the available NES games on Switch using our User Rating system, and it’s now time to reveal the results! The following list is compiled using the ratings (out of 10) given to each game in our database.

It should be noted, however, that this list is not set in stone and will automatically change over time to reflect the ratings. If you look below and see a game you think deserves to be higher up, click on the ‘Profile’ button and score it yourself – your personal rating could boost its placement in the overall ranking.

The beautiful game has seen more than its fair share of digital iterations over the years. This quaint early effort won’t keep you occupied for long, but Soccer is an intriguing look into early sports titles on the system and worth firing up at least once. 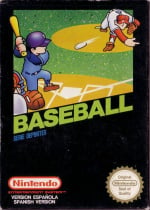 Another rather primitive take on a national sport, the ‘Black Box’ title Baseball is a slow-and-steady game that takes time to master, but persevere and you’ll find it to be a fun, if simple, experience – especially with a second player in tow. It’s more of a historical document at this point, but there’s fun to be had if you give it a chance. 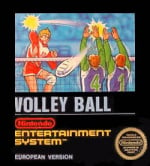 Certain entries in Nintendo’s ‘Black Box’ series have aged better than others and, unfortunately, Volleyball went off long ago. In fact, we’d go as far as to say it’s the worst of Nintendo’s early sports titles, providing only the very basics of the game in a rather unattractive package. We much prefer a round of Tennis when it comes to ball-based net sports, but we suppose you’ve got nothing to lose in firing up Volleyball for a match or two.

City Connection didn’t look or feel particularly good back in the day, and time has not been kind to Jaleco’s city-hopping arcade port. With so many other options available in the NES library, getting behind the wheel of this one again isn’t recommended unless you’re determined to take every last NES title available for a quick test drive. 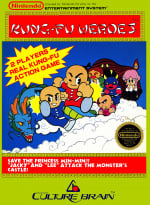 You’ll need to bring a second player along to get the most out of Kung-Fu Heroes. It’s a simple martial arts game but the combination of decent moves, power-ups and the tactical options that come from having two players controlling Jacky and Lee makes this one worth a go, especially if you’re a fan of kung-fu fighting.

If you can stomach the odd controls and steep difficulty, you may well be able to mine some fun from Clu Clu Land, and as a ‘Black Box’ title it’s certainly got curio kudos. That said, this arcade puzzle-style maze game is unlikely to keep your attention unless you’re a real Nintendo enthusiast or scholar. We’d be tempted to leave our Rupee collecting to Link. 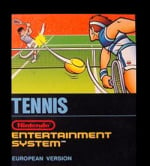 Rudimentary is perhaps too kind an adjective to describe Tennis, although we’ve always had a soft spot for it (and its Game Boy brethren, in particular). It’s an extremely simple take on the sport, and not one that’ll keep you occupied for any length of time, but at the very least it’s fun to see how far we’ve come.

A relatively unique offering from Tecmo, Mighty Bomb Jack won’t click with everyone and couldn’t be described as ‘essential’. However, if you’ve played through all the obvious NES platformers and are looking for something a bit different, this hybrid platformer offers a good challenge that’s fun to control. Worth a look for arcade-style platforming fans. 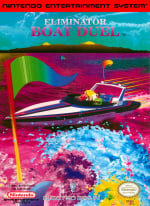 One of the lesser-known entries in the NES lineup, Eliminator Boat Duel is worth firing up if you’ve never taken its powerboats for a spin. A bird’s-eye view racer from the early ’90s, it isn’t likely to rock your world, but it’s a solid addition to the console’s library and there are many worse ways to spend an hour or two than at the wheel of a ruddy great 8-bit powerboat. The odd ’90s mix of 12-year-old boy’s fantasy and technicolor on the cover alone makes it worth investigating at least once. 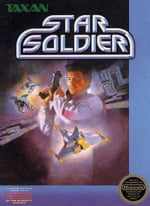 As vertical shooters go, Star Soldier hasn’t aged brilliantly, and looks particularly drab these days. It’s not without merit, and shooter fans may get a kick from it, but better alternatives are readily available. One for ‘fans of the genre’ only, then. 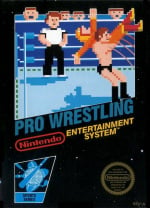 “A WINNER IS YOU.” This game is worth playing at least once just to see that iconic meme phrase in its original context. It’s a simple interpretation of professional wrestlig with a slim roster, but it’s charged with nostalgia and personality, and given the sorry state of the genre in recent years (Fire Pro Wrestling notwithstanding), you could do much worse than returning to Pro Wrestling for a bout.

Wrecking Crew isn’t something we’d recommend spending vast sums on, but it’s definitely worth checking out as part of the Nintendo Switch Online package of NES games. It can be a frustrating experience and it lacks the control finesse players would come to expect from later Nintendo efforts, but as an early 8-bit Mario puzzle-platformer, it certainly warrants investigation.