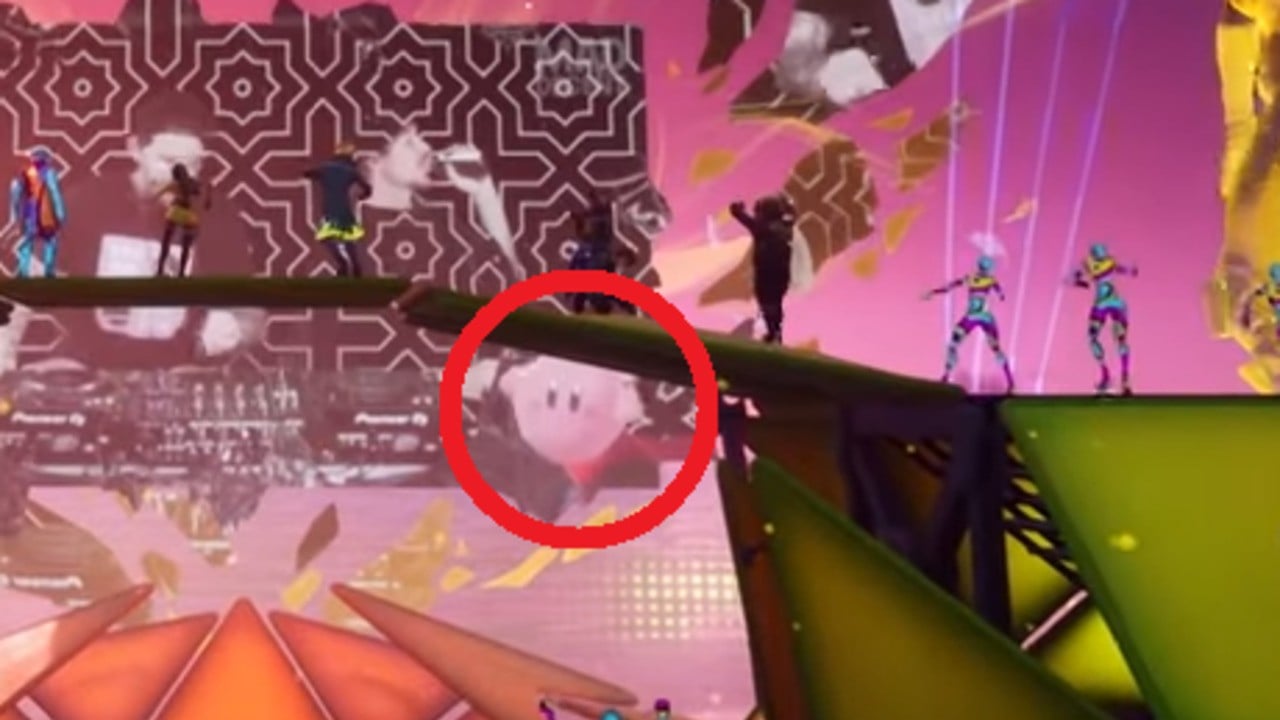 Epic recently premiered ‘Party Royale‘ in its free-to-play shooter Fortnite. In this “new experimental and evolving” space, there are no weapons or mats – instead it’s all about hanging out with your friends and having fun. There are even “back-to-back-to-back” live sets being played by three famous DJs.

They aren’t the only famous faces that make an appearance, either. In the promotional trailer for this event, the pink puffball Kirby can be seen at the very beginning. Yep, believe it or not, but the iconic Nintendo character appears in a video on an in-game monitor at the one-second mark. Take a look below:

Weird, right? Well, on top of this, Kirby has essentially been censored in the PlayStation and Xbox trailers. He’s only visible in the original Fortnite trailer, and Nintendo does not appear to have uploaded this to its own YouTube channel yet – so nobody seems to know if Epic has actually got permission to show him, or if it’s an oversight.

Surprisingly, this isn’t the first time Kirby and Fortnite have been spotted together. Last year, My Nintendo released a Kirby wallpaper featuring a Fortnite logo. It was removed not long after users began pointing it out.

What do you think is going on here? Would you like to see Nintendo characters appear in Fortnite? Share your thoughts below.