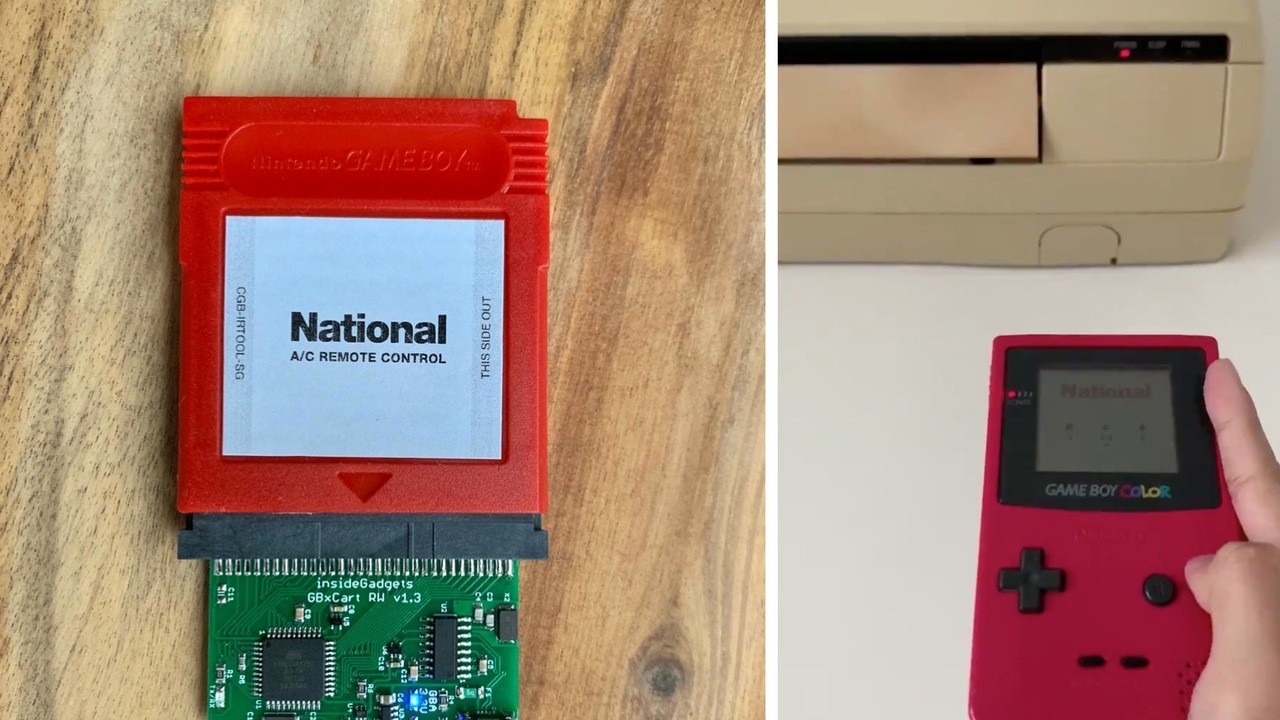 No matter how many Game Boy games you have knocking around at home, we bet you don’t have any quite like this one.

After receiving a Game Boy Color as a gift, Singapore-based developer JinGen Lim decided to make use of the system in a pretty unexpected way. You see, in addition to the Color’s new processing speeds and its colour screen, the Game Boy’s predecessor also featured an infrared port (that black rectangle on the top), and JinGen Lim thought that this could make for a unique air conditioning controller.

After a bit of research, they stumbled across a Mission Impossible game which could record and replay infrared signals. This proved that the aircon remote theory could work, and they started to piece together everything else needed to build it, including a bootleg game cartridge and a programming card.

From there, things get a little more complicated. Infrared remotes use a series of light flashes to operate the device they’re being pointed at, and the patterns used can vary between devices. Thanks to this, JinGen Lim had to solder a wire to the original remote’s IR emitter and hook that up to a computer to capture the signals sent out, all in a bid to understand how they might go about programming such a feature inside the Game Boy cart.

You can see exactly how all of this was achieved by checking out JinGen Lim’s full blog post, but here’s the final result:

Excited to be able to control my air-conditioner with a GameBoy Color, using my own ROM!

What a wonderfully silly way to get creative with a Game Boy without having to so much as touch the system itself. We’d quite like Game Boy remotes for everything around the house now!

FromSoftware’s next game in final stages of development as studio looks to beef up staff for multiple projects
Turns out a simple Steam Deck mod means you can install a larger NVMe SSD
Fire Emblem Warriors: Three Hopes has been updated to version 1.0.1
A Stardew Valley update is in the works but don’t expect it to be huge
NFL Legend Tony Siragusa Dead At 55, Jamal Lewis Mourns