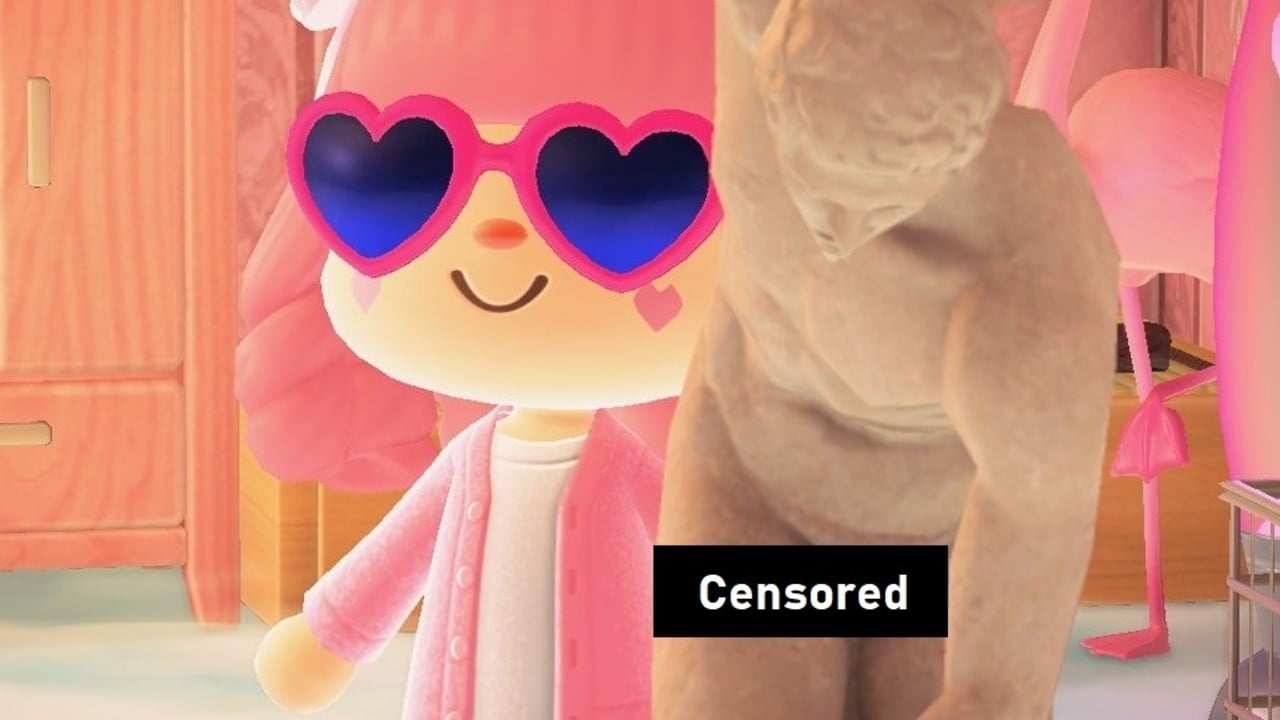 The latest update for Animal Crossing: New Horizons has reduced the interest on all savings accounts, nerfed bug spawn rates, and now the Redd’s statues appear to be causing a stir on social media.

Famous statues like Michaelangelo’s ‘David’ and the Greek sculpture ‘The Discobolus of Myron’ obviously feature, but their um…bits, are now more visible than ever thanks to next-generation Nintendo hardware. This has quickly become a major talking point on social media – with some players seemingly missing the point these are accurate portrayals of well-known artworks from the Classic and Renaissance periods.

Animal Crossing New Horizons.
Better graphics means better detail. I saw an image suggested that David’s penis is in full view. (The statue) I expected this to be censored… is this in the American version or did I see the Japanese version of the game?— 𝔏𝔲𝔪𝔦𝔫𝔢𝔯𝔳𝔞 (@LumLotus) April 24, 2020

Did you know? Nudity isn’t dangerous

This just in, Animal Crossing New Horizons issued a M rating due to statue with a pair. More at 11. https://t.co/hJujPGD0v6— Mr TyrnerRound (@TyrnerRound) April 24, 2020

As you can see, it’s generated quite a bit of discussion – with some standing by the statues as art, while others are voicing concerns about them being on display to younger players and bypassing censorship.

As far as we’re concerned, these statues are works of art and we’re sure anyone who’s studied Classic and Renaissance art will agree. In saying this, tell us which side of the fence your on in the comments down below.