Take a drive down memory lane with me, readers. For this weekend’s field trip, we’re heading to Auto Museum 64, a free “educational showcase” of late-90s game art – a fascinating study of the Nintendo 64’s slickest racecars, rally trucks and high-performance hovercraft brought together under one roof. Get there early, mind. Parkins spaces fill up fast.

Great wee things they are, too – chunky, low-poly vehicles ranging from Ridge Racer’s grounded sportscars to the fantastical sci-fi arrows of Wipeout 64. Moving away from the mournful meandering of Press E To, creator Leo Burke’s latest is simply a nice collection of some lovely old game art. While groups like Haunted PS1 explore the subtle tension of this period in games, there’s also an effortless “cool” – an aggressive flair best carried into the 21st century by developers like Ethan Redd.

Granted, Auto Museum 64 isn’t the most immediately picturesque digital museum I’ve covered on this site. Compared to LIKELIKE Online’s murals or the ever-changing white halls of Louie Zong’s Bird Museum, it seems first to just be a big parking lot. Hardly day-trip material, is it?

But more than simply showing off some lovely old motors, Auto Museum 64’s power is in humanising the people behind the polygons. We’ve become more used to the idea that the people who make videogames are, well, people, but this mid-90s period often still reads as a black box. Big companies making would-be classics at a time of seismic technological change. 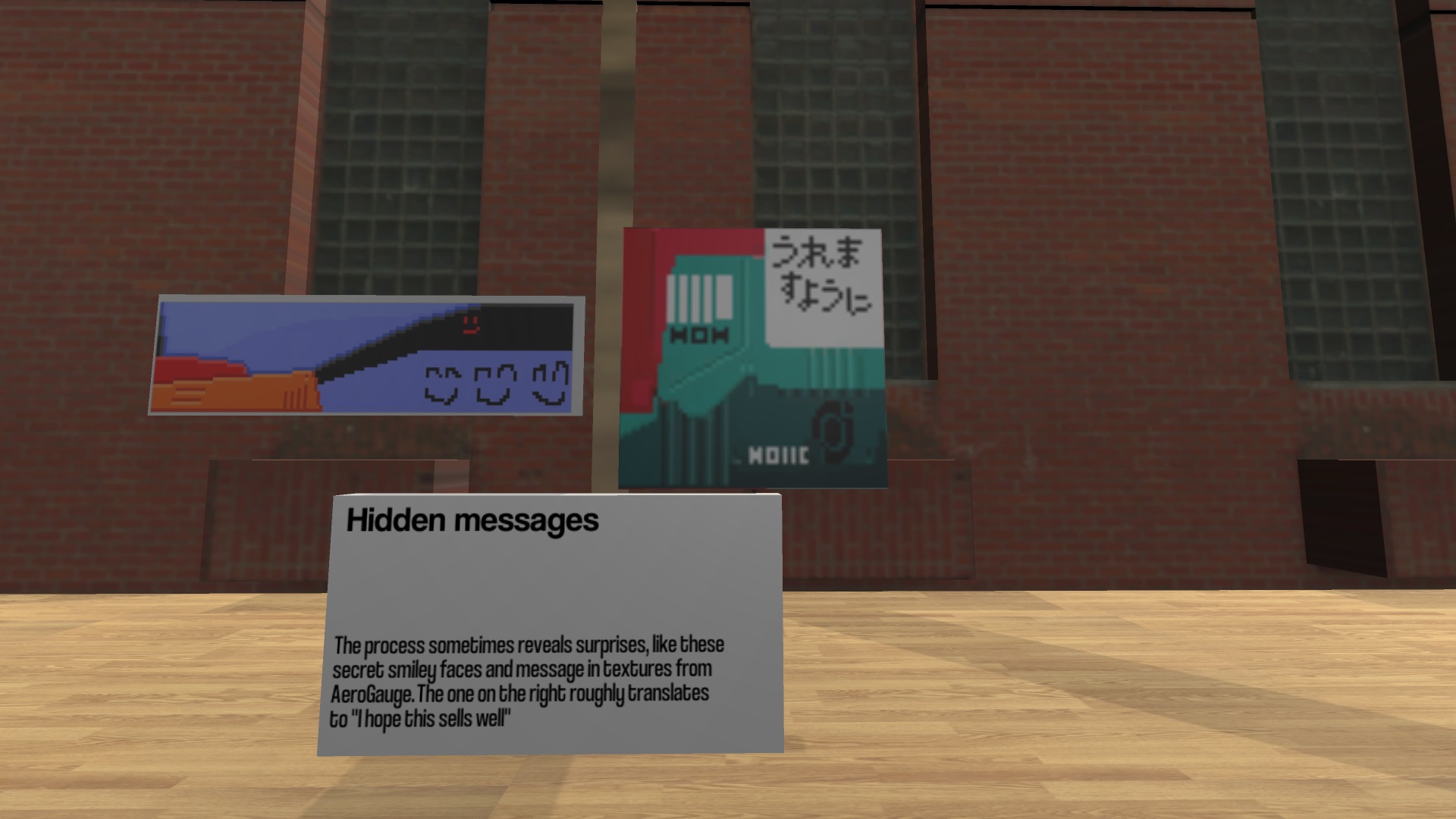 In Burke’s museum, each exhibit comes with a list of the artists, animators and modellers who are credited with their creation. We see how many (or how few) people contribute and collaborate to create some of our favourite designs, and we see the secrets and gags they leave behind. Tiny smiles on textured areas never meant to be seen by players, quiet hopes that the artist’s work will sell and be appreciated by many.

The museum also offers a brief guide on how to rip models from old games yourself, using emulators and modelling software. I tried a similar process exactly once last year in an effort to export a model from PS1 brawler The Red Star. Long story short, it was a nightmare – capturing a snapshot of an entire scene, trimming away the scenery and fluff, piecing together broken geometry and readjusting textures. Eugh.

It’s impressive enough that Burke managed it the once, let alone for an entire garage full of ’em. Well done, then. Auto Museum 64 is free to visit over on Itch.io.