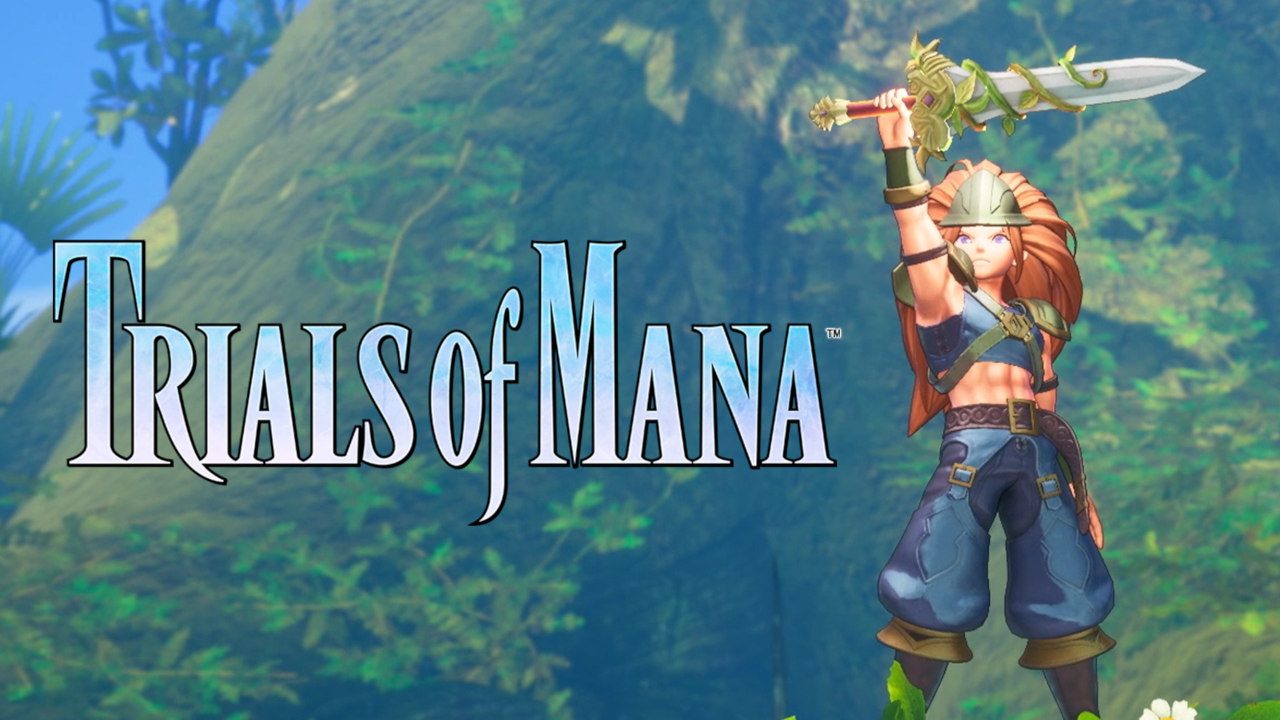 Way back in the long long ago of 1995, a new action RPG was released in Japan: Seiken Densetsu 3. A sequel to the classic Secret of Mana, it quickly won critical acclaim and a legion of fans.

25 years later, a full remake has arrived on PlayStation 4 — Trials of Mana. And when we say remake, we mean it — this is a complete reimagining of that earlier game, designed for a modern audience.

The game launches in two days on April 24 and retains everything that made the original game so beloved in its native Japan — quirky characters, an imaginative world, fast-paced gameplay and memorable music. But it also includes brand new mechanics, deeper combat, beautiful visuals and so much more.

Here’s just a quick look at some of the things that are new and improved:

To say that the graphics are better in the new Trials of Mana is something of an understatement! The game has been remade with vividly vibrant visuals — from the characters to the world itself, everything bursts with detail and color.

But the legacy of the original game still shines through clearly. The team has taken great care to capture the unique look of the original characters, enemies and areas. For example, take a look at the skilled swordsman Duran here: 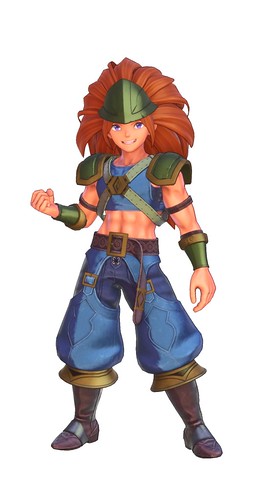 What was once (admittedly beautiful) pixel art has been fully modelled in 3D. All the details present in the original are there, from his proud stance to his lustrous mane of red hair, but he’s much more detailed and much better animated than before. I mean, his abs alone are a good showcase for how technology has marched forward in 25 years!

It’s a completely different combat system to the 1995 game’s — but then it has to be. The original Trials of Mana took place on a 2D plane, so you never had to worry about enemies getting above or below you. 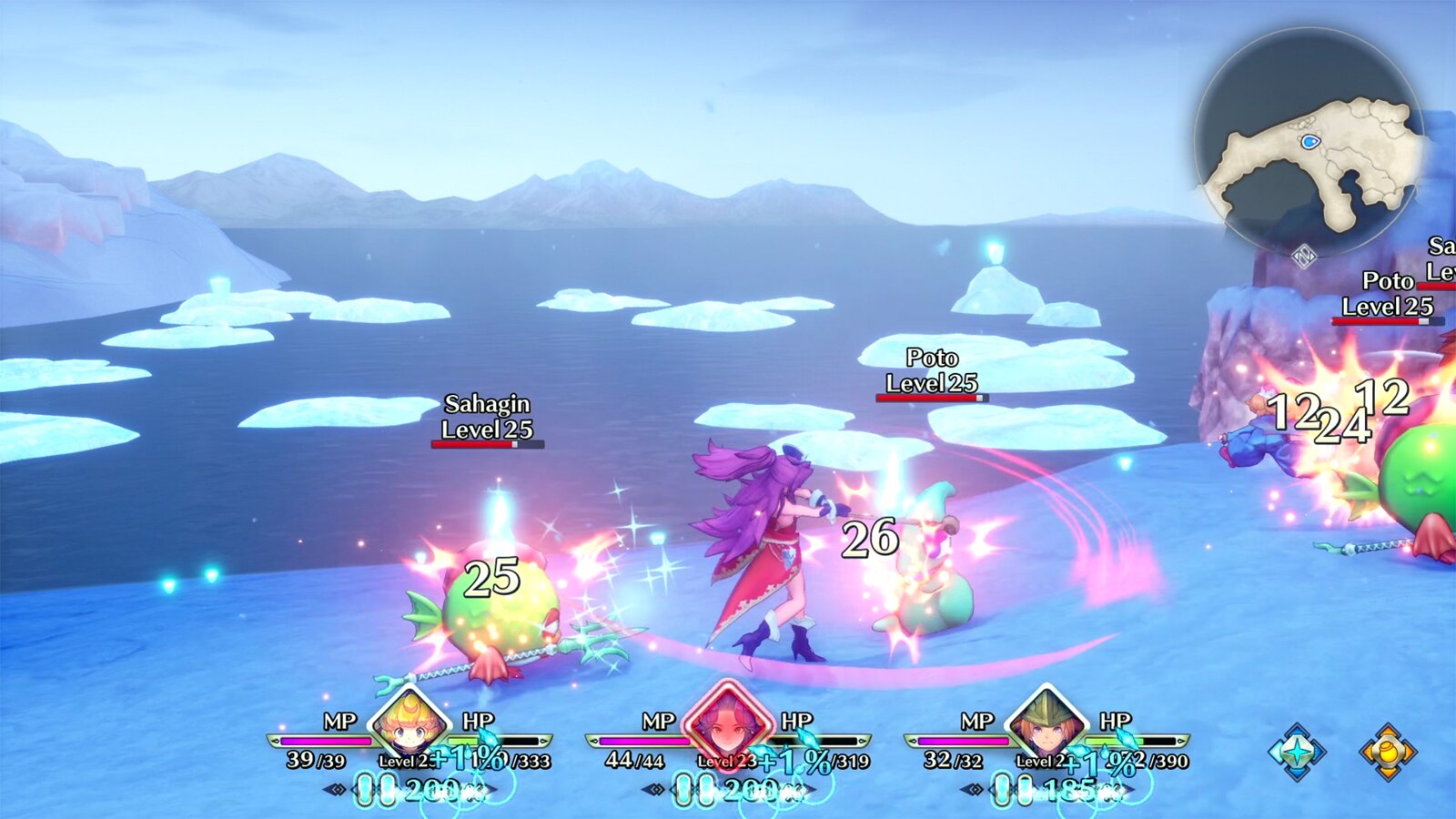 But 3D space is… well, 3D. Characters and enemies can move in all directions, and combat had to be retooled to accommodate that. For example, you can now jump, perform aerial attacks, flank enemies and more.

It’s particularly vital to consider your positioning in a fight. Enemies can assault you from all sides, launch attacks at range, and send powerful strikes towards you — if you’re in the way, it’s going to hurt.

It all adds up to gratifying battles that only get more strategic and satisfying as you progress through the game.

The move to modern platforms like the PlayStation 4 means that composer Hiroki Kikuta’s incredible score sounds even better than before — and that’s saying something!

The latest game adds new instrumentation and arrangements that bring these unforgettable tracks to life like never before. But you don’t need us to tell you that — if you’ve tried the demo and spent any time in the Rabite Forest, that tune’s probably lodged firmly in your head by now!

The developers of Trials of Mana didn’t just upgrade what was already in Trials of Mana — they also added loads of new features, from additional story to entirely new mechanics that deepen the game’s RPG elements.

For example, the full game includes: 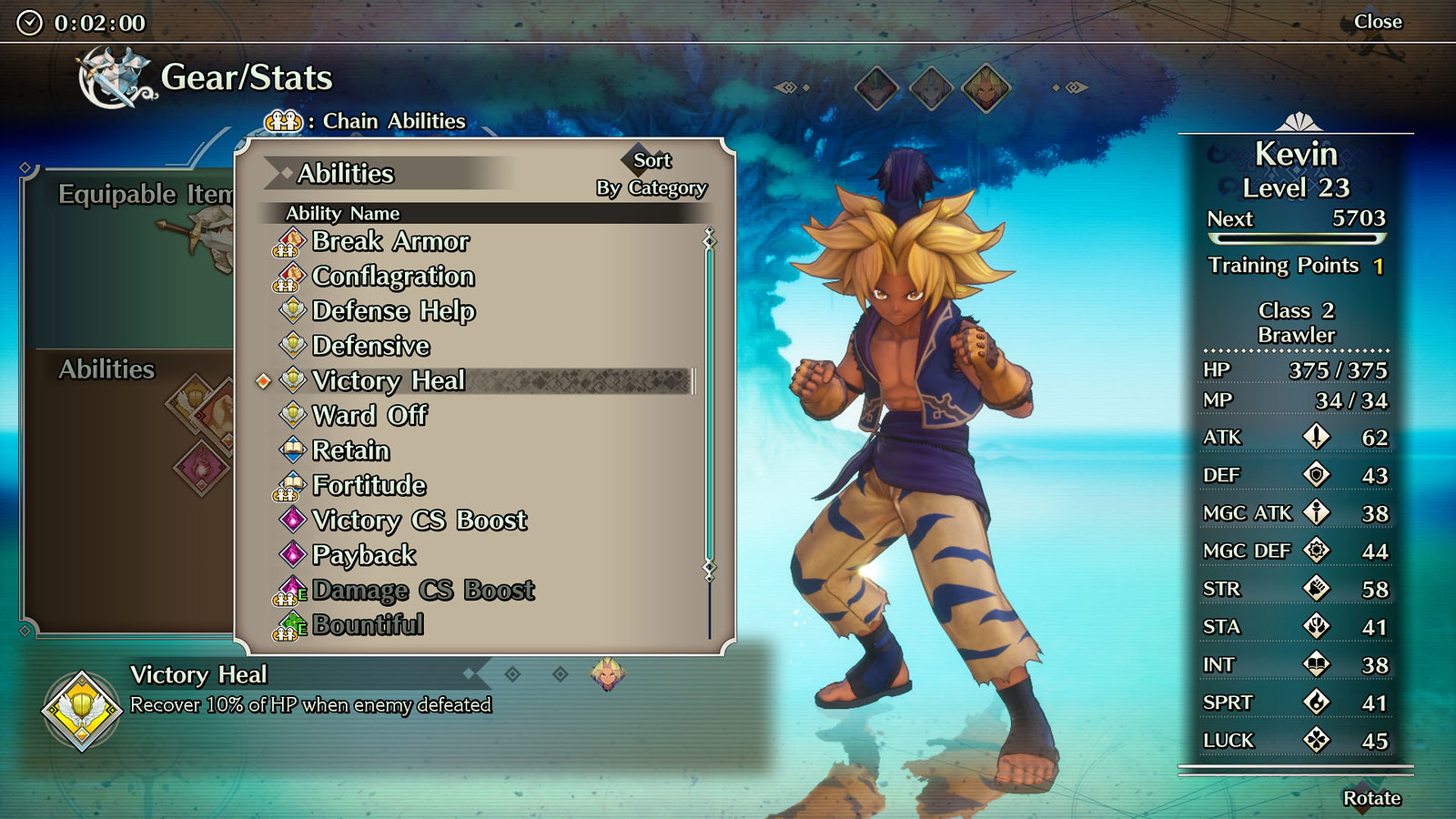 Whenever you level up in Trials of Mana, you’ll earn TP (that stands for Training Points by the way, not what you’re probably thinking). You can then spend these TP on all kinds of new upgrades for your characters.

Some of these are useful passive boosts, such as increased attack power, or more health. Others can provide entirely new moves for you to unleash in battle — and that’s barely scratching the surface.

There’s more than 300 abilities to unlock in the game, and they allow you to build your character in the way you want.

As you’d expect from a 1995 RPG, the original Trials of Mana didn’t include any spoken dialogue. That’s not the case in the new game. It features fully acted scenes, which helps the characters’ personalities shine like never before.

When you start Trials of Mana, you have to pick three characters (from a selection of six) to form your party. The narrative you experience will play out differently depending on the heroes you choose.

Regardless of who you go with, the Trials of Mana remake features brand new story elements for you to uncover.

We’re dancing round this to avoid super-spoilers, but at a certain point in Trials of Mana’s epic story, you’ll be able to change a character’s class. In essence, this changes their role in combat, giving them access to new strengths and new abilities.

As in the original Trials of Mana, there are multiple classes available, but this new version includes even more.

When you complete the story, you’ll have the opportunity to seek out Class 4. Not only will it change your appearance, it will give you a whole new way to play the game!

As you can tell, Trials of Mana is a thorough update on the original game. That’s just a small taste of what awaits and we hope you enjoy digging into this action RPG opus this Friday.

INTERVIEW: Chris Anderson and David Accampo chat SPECTRAL: A SHOWCASE OF FEAR
DC ROUND-UP: BATMAN/CATWOMAN #12 brings the series to a close
No Man’s Sky coming to Switch in October plus there will be a physical edition
FromSoftware’s next game in final stages of development as studio looks to beef up staff for multiple projects
Republican Gunning mates