Last night saw the start of the Guardian Games in Destiny 2, a new three-way competition between Hunters, Titans, and Warlocks to, in Bungie’s words, “test your skills in a series of daily class challenges” and ultimately “prove that your class reigns supreme”. In reality, the competition is just another set of bounties in a game already too focused on bounties. Guardian Games is a bust, and not at all what this disappointing season needs. However! Yesterday’s patch did at least fix some frustrating issues, including putting seasonal mod slots on some old armour and adding more Pinnacle rewards.

The Guardian Games will run until May 11, so that’s three weeks to decide who’s best. Unsurprisingly, Destiny’s squillion Hunters have taken a strong early lead. Eva Levente has decorated the Tower with a strong Olympics-y look, which is nice, and taking part can get you new prizes. Natty new Ghost shells come emblazoned with statues of the emblematic class animals, and a quest leads to a new exotic machinegun: a honking great Cabal minigun named the Heir Apparent.

It’s a shame the actual event is so bland. The whole competition is about completing bounties in regular activities, some by doing regular stuff (kill loads of enemies, complete Strikes, defeat folks in PvP, and so on) and others specifically from super, grenade, or melee ability kills. Either way, it’s bounties on bounties. No part will “test your skills” or let you “prove that your class reigns supreme” by demonstrating your prowess. It’s a grinding contest. Destiny already puts too many rewards behind bounties rather than activities, nudging us to spend time travelling around to gather bounties we’ll need to play in specific ways to complete. Checklists are not fun.

Last night I went to the Tower, admired the decorations, picked up a load of Guardian Games bounties, looked at my heaving quest log, sighed, then closed Destiny and played another game instead. I will return and get Heir Apparent but do not care about the ‘competition’.

A grind-off event is a real let-down in a season that’s already a bit whatever. Rasputin’s Seraph Towers and Bunkers lost their novelty before even the second Bunker opened, let alone the third. The Warmind Cells are a fun toy but take real investment to become marginally better at killing enemies who largely aren’t difficult anyway. Trials Of Osiris is a horror of a PvP mode where strong players abuse matchmaking to farm weaker players for weapon tokens. And the plot about stopping a miles-long spaceship from crashing into Earth feels so non-urgent that we’re pausing to celebrate the Spaceolympics. Now along comes a bounty-grinding event with no new activity and meagre rewards, yet plenty of new themed cosmetics in the ever-disappointing Eververse microtransaction store.

The swish Spaceolympics armour, emotes, spaceships, and such you see everyone wearing in trailers and screenshots are from Eververse, not event rewards. Events often used to give their themed armour as rewards, but now you must buy the armour ornament set from Eververse. Each class’s set costs 1500 Silver (about £13 in real money) or 6000 Bright Dust. If you completed all regular weekly Bright Dust bounties plus the new event Bright Dust bounties on one character across these three weeks, you still wouldn’t earn enough to buy their event outfit. With three characters grinding, you’d earn enough for two. I don’t outright object to microtransactions, especially now Destiny 2’s base game is free-to-play, but it currently feels grubby.

While I don’t expect every event to be as fun as the Solstice Of Heroes with its parkour battles in the European Aerial Zone, Season Of The Worthy needed a big boost – and this is not it. 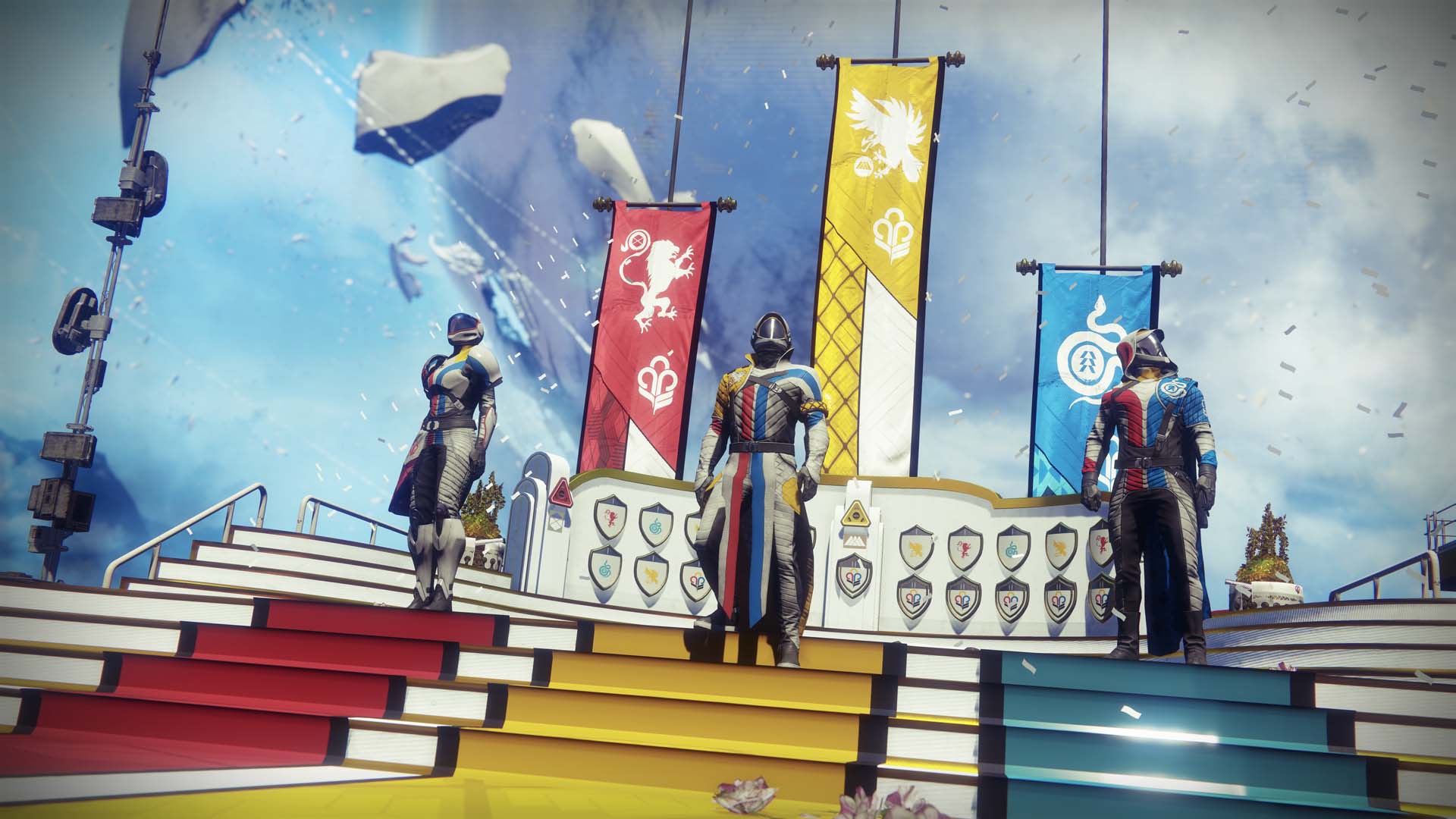 Still, yesterday’s Update 2.8.1 brought some good stuff. A lot of the welcome changes are only fixing past mistakes but hell, I’m glad to see them anyway. Let’s see what we have…

Bungie have acknowledged that Destiny 2’s current season model is busted but we still have another whole season to go after this before we should expect to see changes as a result of this realisation. I’ve just stopped playing as much rather than risk burnout, and that’s fine but it is a shame. Fingers crossed for some exciting plot twists later this season. So far its all slow build-up revealed in minor ways.