Valorant’s cast of characters is the game’s most pivotal departure from the Counter-Strike formula with which the rest of Riot’s tactical shooter bears so much resemblance. Each of the 10 Valorant agents differs from the rest in their four unique abilities, which must be used tactfully and precisely if you want to turn the tide of battle. Our Valorant characters guide will walk you through all 10 agents and all 40 abilities on offer, with practical tips on how to crush the competition with each agent.

Aside from their abilities, Valorant characters are all functionally identical. They have the same hitboxes, the same movement stats, the same health pools. But all 40 abilities in the game can be used to great effect to help sway the outcome of a round, or even a match.

Each Valorant character has access to four abilities over the course of a match:

There aren’t very many direct damage-dealing abilities in Valorant; most revolve around increasing mobility, controlling your surroundings, gathering information, and blocking line of sight. Let’s now take a look at each of the Valorant characters and the abilities they can use to help lead their team to victory.

Breach is a menace to play against. You’d be forgiven for taking one look at the very long windups to each of his abilities and discard him, thinking that any opponent would easily be able to step out of the way of that Aftershock or Rolling Thunder. But Breach’s true power is not in ending fights, it’s in starting them.

The sheer scale of Breach’s area-of-effect abilities make him the best in class at flushing out players who are holding positions around corners. Much like Sova, his skillset allows him to threaten opponents without exposing himself in the process. Which makes him the perfect initiator for almost any fight.

For full details on Breach and how to use his abilities to great effect, check out our in-depth Breach guide. 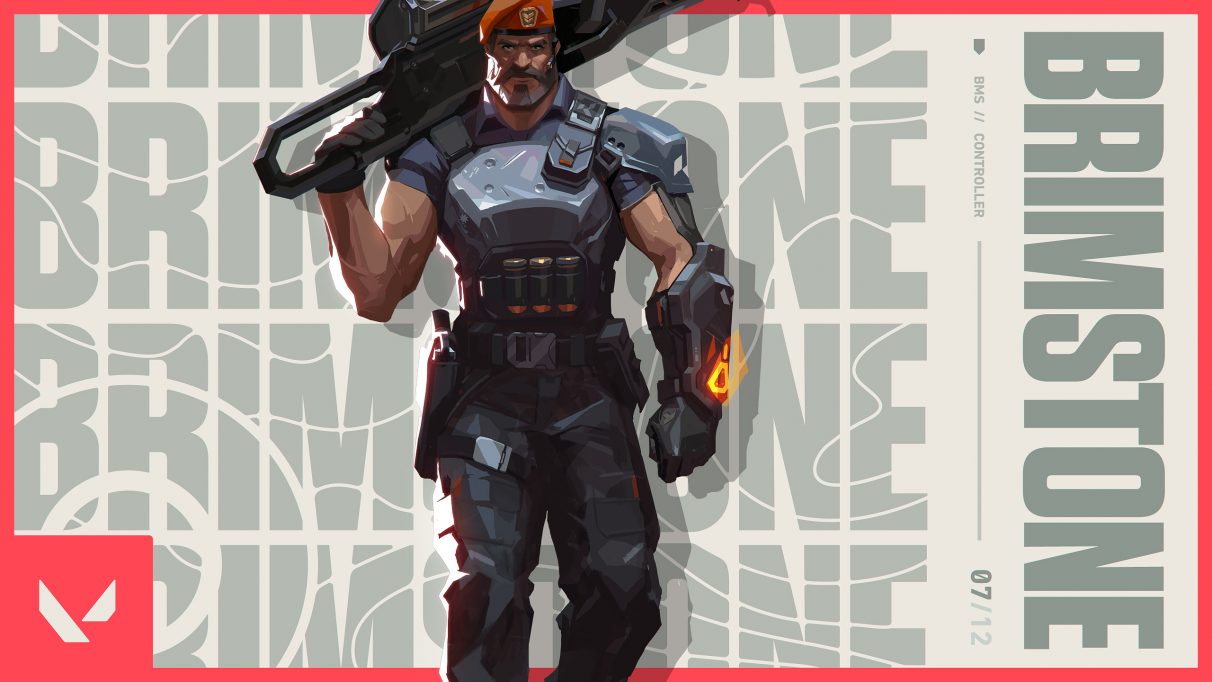 Brimstone is known mainly for his signature, Sky Smoke – and rightfully so. This ability is what gives Brimstone the ability to control the map with ease, calling down very long-lasting smokes anywhere on the map. In many ways, Brimstone is the man in the van – he’s the one responsible for making sure his team are well equipped for the coming battles, regardless of where on the map they may be.

But that’s not all there is to Brimstone: he’s also a remarkably well-rounded Valorant character. His Incendiary grenade is excellent for zoning small areas; his Stim Beacon can lend an edge in challenging fights; and his Orbital Strike is likely responsible for more kills than nearly any other ability in Valorant.

If you want some practical advice for becoming a top-tier Brimstone specialist, look no further than our Brimstone guide.

Don’t be scared away by the lengthy ability descriptions: not only is Cypher easier to understand than you might expect, he’s also absolutely unparalleled at gathering information. Specifically, knowing where the enemy is (or isn’t). And in a game like Valorant, with its extremely low time-to-kill and focus on positioning and map knowledge, this makes Cypher a strong contender for best team player in Valorant.

Unlike Brimstone, Cypher is decidedly not a well-rounded character. Instead, he is a specialist in every sense, with each of his four abilities giving you a different method of gathering intelligence. His Spycams are amazingly useful for scouting around corners; his invisible Trapwires are very difficult to avoid; and his Ultimate ensures that no enemy can go anywhere without your knowledge.

If you want to become a true surveillance expert with this crafty Valorant agent, a good first step will be to read through our dedicated Cypher guide. 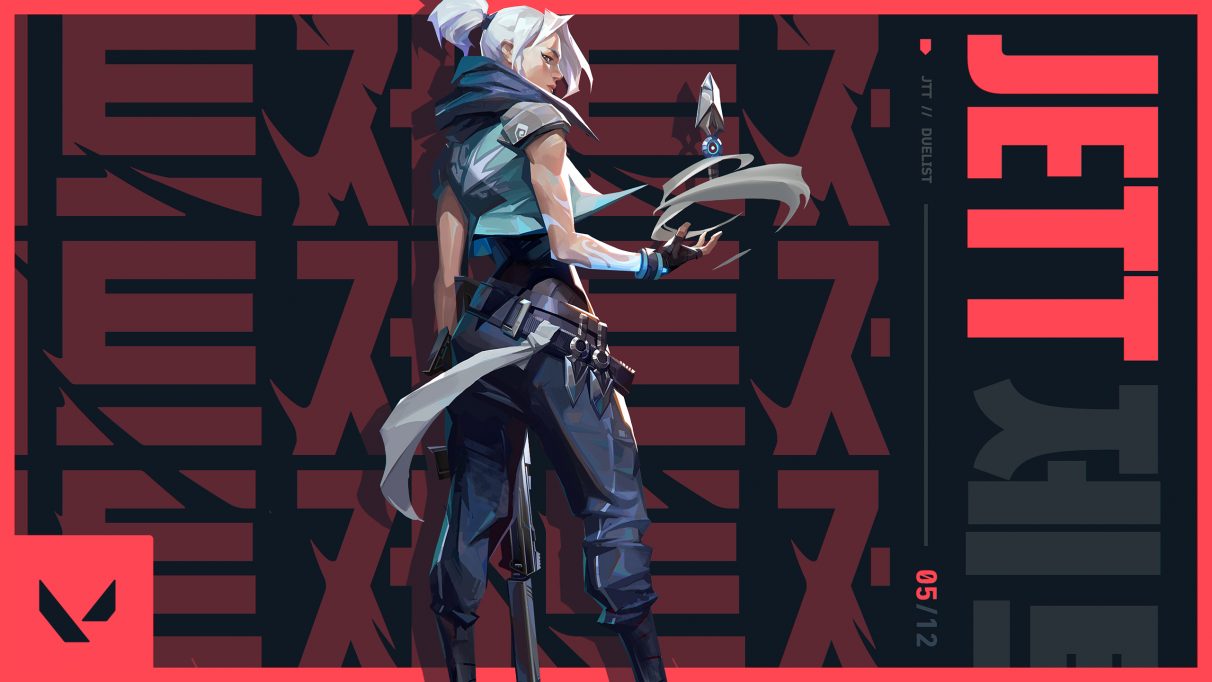 At times, there can be no doubt that Jett is the most difficult Valorant character to kill. Her combination of Tailwind and Updraft give her a freedom of mobility that other agents can only dream of possessing. And it can be very hard to headshot a Jett that’s dashing about like crazy, or floating through the air where you wouldn’t normally expect to find an enemy.

But she’s not just about mobility. Her Cloudburst smokes, while short-lived, can be curved around corners to reach all sorts of interesting areas. Which lends the perfect cover from which to burst through and use your Ultimate, Blade Storm, during which all your shots are 100% accurate, ignoring any movement or firing errors.

To become a true whirlwind of knife-throwing death, be sure to read through our Jett guide for tonnes of detailed info and tips.

Omen is the master of misdirection and mindgames. His two different kinds of teleports combine with his two vision-obscuring abilities to create an atmosphere of paranoia among his opponents. Opponents of a good Omen will be constantly asking themselves things like: did he teleport into that Dark Cover, or is it a ruse to pull me out from behind cover? Did he use his Ultimate to teleport into our spawn, or did he teleport somewhere else and I’m about to waste twenty seconds searching for him when I could have been helping my team?

Even without this wonderful double-whammy of misdirection, Omen would still be useful for similar reasons to Brimstone. He can smoke out areas, and initiate fights with his wall-piercing Paranoia projectile. But add in his teleport, which allow him to get to areas you’d never expect an enemy to be, and you’ve got yourself a truly terrifying agent.

Check out our Omen guide for an in-depth primer on winning rounds and matches as this mysterious and powerful Valorant agent. 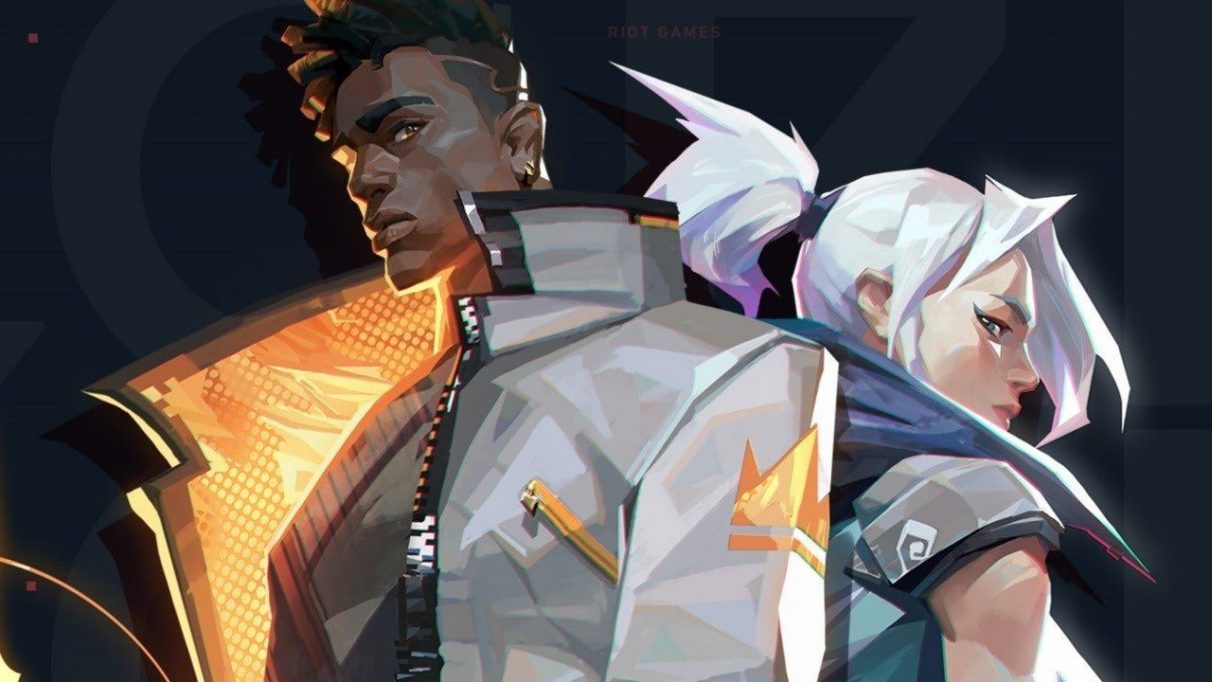 A good enemy Phoenix is a nightmare – possibly more so than any other single Valorant agent. Why? Two reasons. First: his Curveball. While it can be a source of great annoyance for the Phoenix’s own team if he accidentally flashes his own squadmates, when you know how to use the ability it is a dangerously powerful counter to enemies that are holding corners waiting for Phoenix to round the corner. Which is how about 50% of all Valorant fights begin.

Second: Phoenix’s passive ability to heal in his own flames makes him a remarkably self-sufficient and hard-to-kill adversary. Like Sage, if you’re unable to finish off a Phoenix then you can expect them to return after a few seconds with full health, as though nothing had happened. And his Ultimate ability combines both these strengths, giving him an excellent power for safely pushing around corners, and also healing him up to full health when he zips back into his own body.

To kickstart your journey with this high-skill-ceiling Valorant agent, check out our in-depth Phoenix guide.

Raze is the direct damage-dealer of Valorant, a fact which has led many to believe she is overpowered – or at least, not a good fit for the direction of the game. I’m of the opinion that while she may need some slight balance tweaks, in truth she is just very good at punishing players who are out of position, a fact which makes her extremely powerful in lower MMR matches.

Raze is a zoning expert. Her Boom Bot, much like Breach’s Aftershock, is far too slow to expect kills in most cases, but it reveals enemies nearby because they’re forced to shoot the bot before it reaches them. After which you can decorate the area with your Paint Shells, forcing them to relocate or sustain heavy damage. Combine that with her Blast Packs, which are useful less for damaging enemies than for accessing hard-to-reach locations, and her Ultimate ability, which again excels at punishing players who are out of position; and you’ve got yourself a very powerful and useful agent.

Our Raze guide is packed with practical and powerful top tips for dealing death and destruction as this bombastic demo expert. 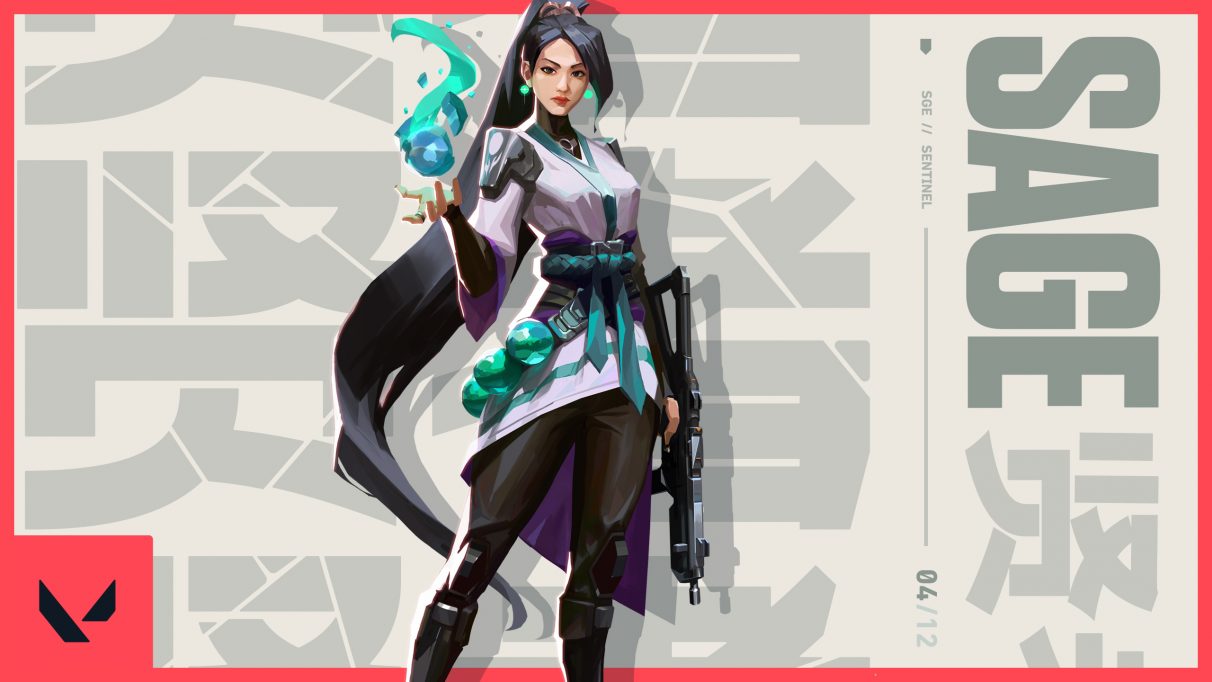 When all’s said and done, Sage is probably the most powerful agent in Valorant. And funnily enough, despite being commonly thought of as the healer, the reason for her prowess is more about her two Purchasable abilities. Her Barrier is not only an excellent tool for slowing or halting an attack in its tracks, but it can also be used to elevate herself or her teammates to unusual positions. And her Slow Orb is a fantastic zoning ability which drastically reduces the mobility of any character who attempt to wade through the slow.

Armed with these abilities, it’s not uncommon for a lone Sage to effectively hold off an entire enemy team long enough for her allies to rotate and join her in defence. Add to this her heal, which can be used multiple times per round (including on herself) and her Ultimate, which brings back a dead ally with full health, and you’ve got a tremendously powerful and well-rounded support character who can make or break entire matches.

To become a true master of Sage’s skillset, be sure to read through the tips and tricks in our Sage guide.

Sova will grow with Valorant itself, and I fully expect to see him alongside Sage at the very top of the meta after some time. The reason for this is quite simple: his Recon Bolts and Shock Bolts have the highest skill ceiling of any abilities in Valorant, and there is no end to the mischief Sova can cause and the intelligence he can gain with these two abilities.

Like Cypher, Sova excels at scouting out enemies – but unlike Cypher, Sova has the toolset to punish those he finds, either with one of his bouncing “holy-shit-that-came-outta-nowhere” Shock Bolts, or with his lethal map-piercing Hunter’s Fury Ultimate. And with players discovering new, absolutely crazy lineups for Recon Bolts that cross the entire map to land at fantastic positions for revealing the entire enemy team, Sova’s utility as a team player is near-peerless.

Sova takes a great deal of practice to master, but our Sova guide will quickly help you get to grips with this powerful agent. 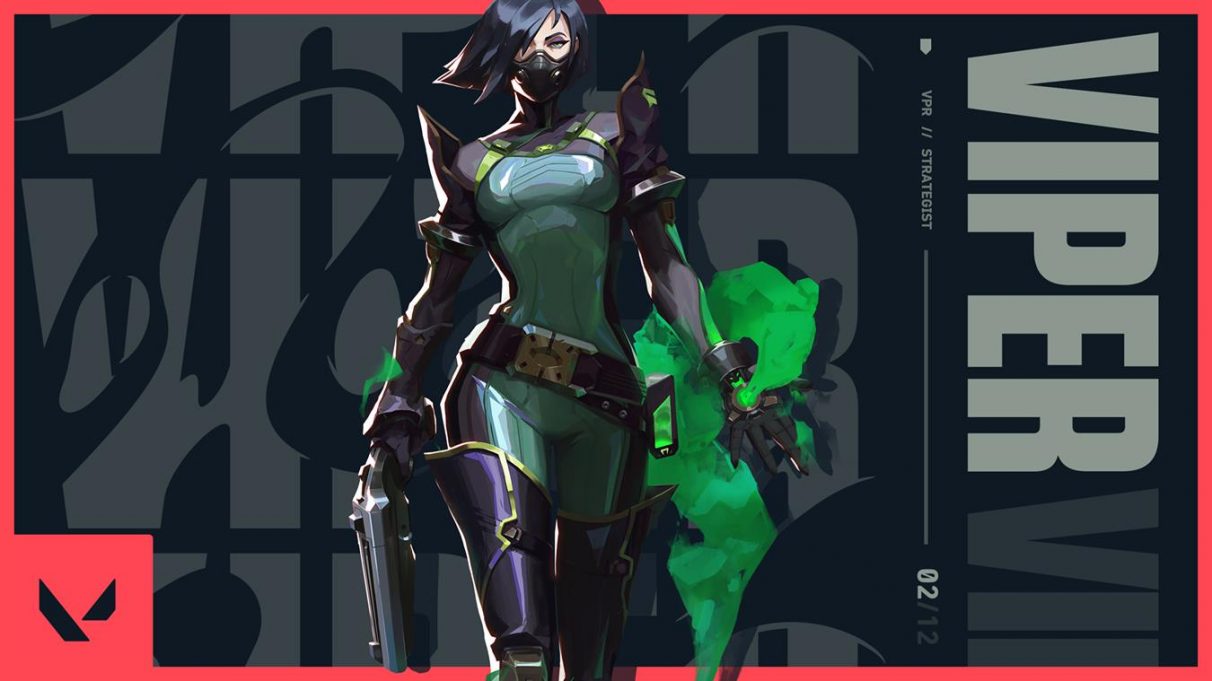 Finally, we have Viper – another fairly self-sufficient Valorant agent with a unique aspect to her toolkit. Two of her abilities rely on fuel, a resource unique to Viper which depletes in order to maintain those abilities, and refills when the abilities aren’t active. This helps balance out the fact that Viper’s abilities are extremely long-lasting, often remaining in place for entire rounds.

Like Raze, Viper’s abilities are centred around dealing damage – but here it’s all about damage over time and blocking line of sight. Her Ultimate is probably the very best tool in the game for a team who has just planted the spike and awaits the inevitable push from the opposing team. And while her abilities can make life slightly difficult for her teammates as well, a good Viper can more than make up for it by engineering situations where she can wipe out an entire team by herself.

For all the latest and most practical tips and tricks on this poisonous Valorant agent, look no further than our dedicated Viper guide. 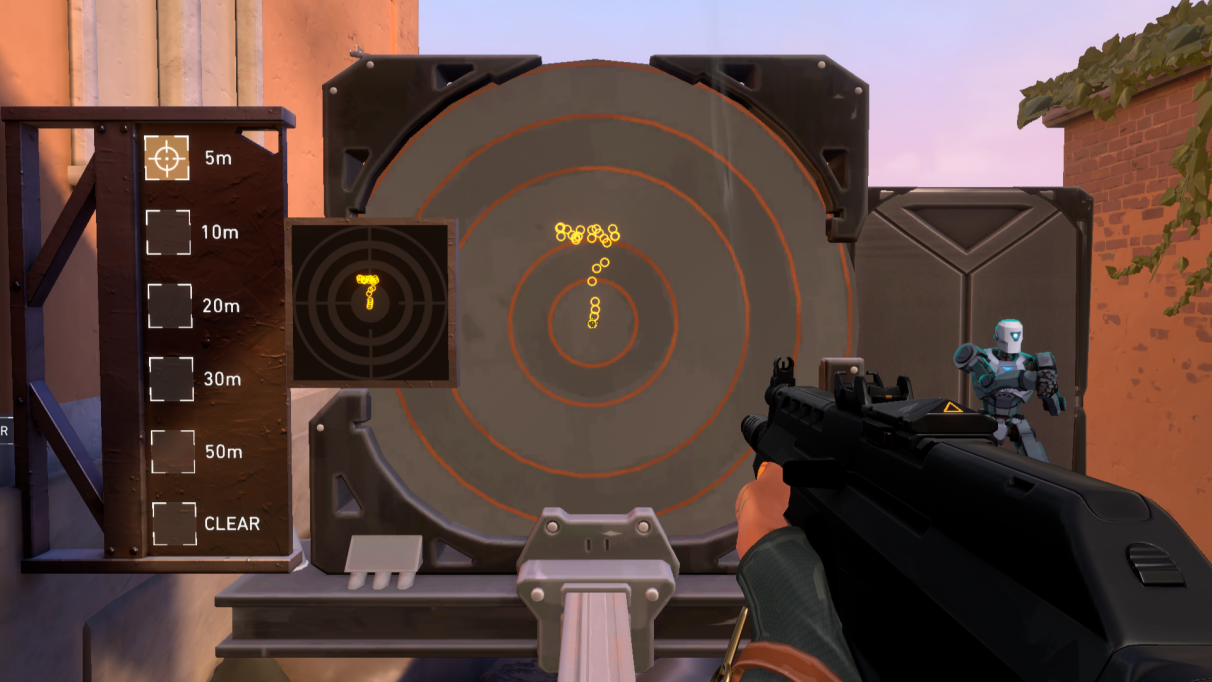 With that, we’ll conclude this Valorant characters guide. But we’ve got plenty more to offer for any Valorant player looking to increase their skill and knowledge! Click any of the links below to head over to a different Valorant guide.