Renowned children’s TV presenter Mister Rogers once said, “when I was a boy and I would see scary things in the news, my mother would tell me to look for the helpers. You will always find people who are helping.” The red-cardigan-rocking moral compass of a nation offered this small succour in the face of tragedy: that whenever disaster struck you would also find the irrepressible compassion of humanity not far behind.

That generous spirit is a little harder to spot in Disaster Report 4: Summer Memories, a bizarre soap opera in which you careen about a disaster-struck city pawning bento boxes and first aid kits, grifting injured strangers out of their last thousand yen and generally acting like a roving sex pest, combing the rubble for downed hotties. Had Mrs Rogers witnessed this kind of aberrant behaviour, she’d have guided her son towards a successful career in the prison sector. 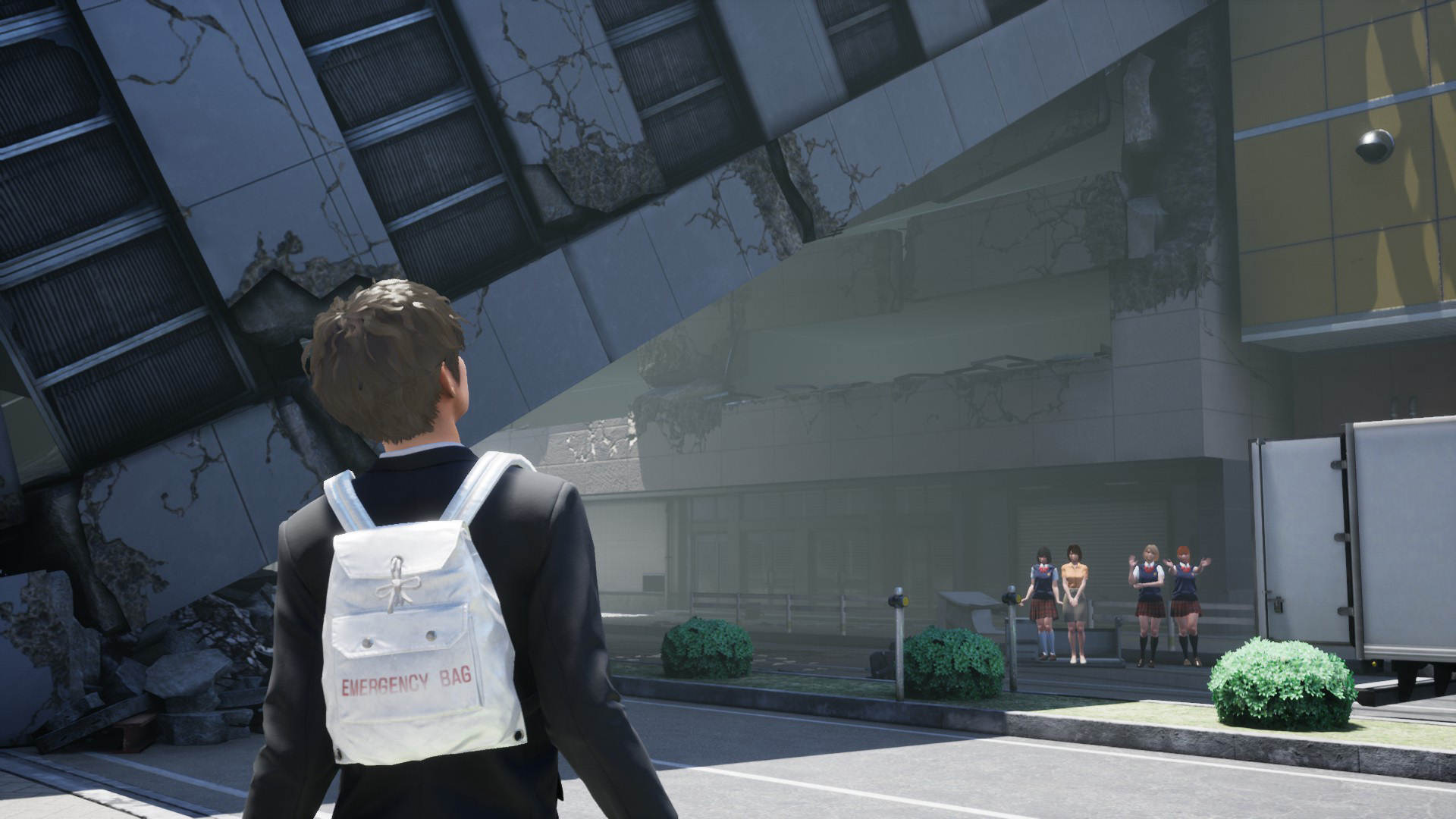 You play a protagonist of indeterminate origin whose bus journey across the fictional city of Hisui is cut short by an intense earthquake, reducing much of the city to rubble and precipitating what amounts to a long-winded test of the player’s own moral fibre. Even before the emergency starts, Disaster Report 4 is repeatedly probing your ethics with a litany of benign inquisitions. Do you offer your seat to an elderly woman on the bus? And if you do, is it offered begrudgingly, or simply because you were about to stand up anyway?

Most of the game pans out this way, your meandering course through the ruined environment framed not by the huge skyscrapers constantly collapsing all around you, but in the context of domestic human affairs. Disaster Report 4 is about our small personal reactions in a crisis. Encounter a high-school teacher in a fluster having lost her students and you’re offered an entire brochure of dialogue options to choose from, absolutely none of which make the slightest difference to the outcome, but rather exist to hold up a mirror to your own attitudes and motivations. Disaster Report 4 is less a survival adventure and more like filling in a personality quiz next to a pile of mangled rebar. 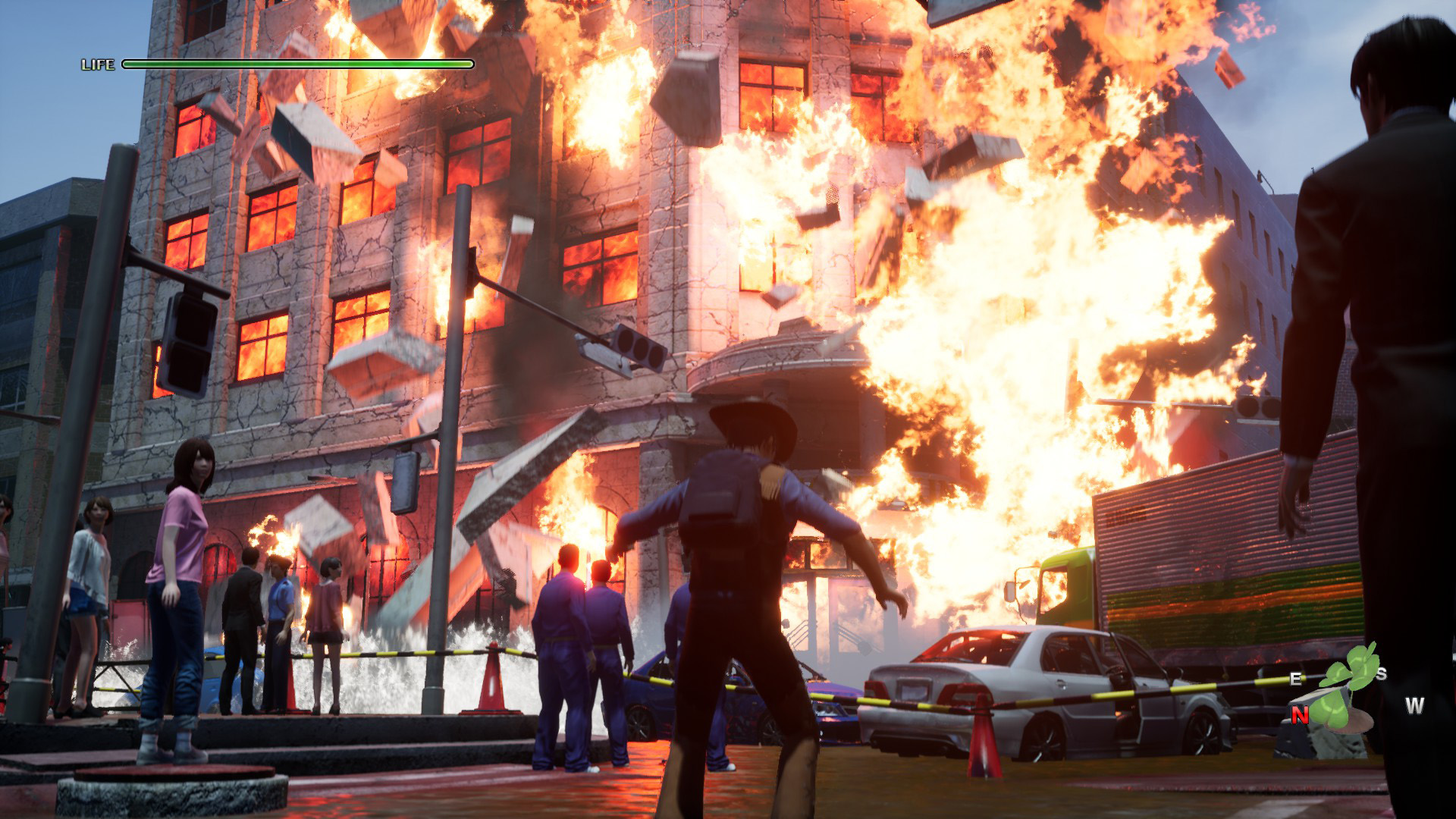 Consistently choose the most audacious, cruel, stupid or diabolical responses – agree to help the teacher because you want to perv on her students, or attempt to convince a grieving woman that this natural disaster was somehow all her fault – and you’ll simply rack up a currency called “immoral points”. These accrue in some invisible compartment of your inventory, like bad marbles to be tallied at the game’s conclusion long after it actually matters, like getting a bill for your TV licence the day after you’ve moved out.

But far from feeling restrictive, the predictable linearity of every conversation lends the game a kind of nihilistic, freeing energy. Insulated from any kind of repercussion or potential divergent path, you’re able to fully embody the role of the inscrutable weirdo whose personality is described by the bottom one or two dialogue options, happily leaving subway passengers trapped and screaming for help under chunks of concrete or refusing to hand over cold medicine to a widow, safe in the knowledge that the game is going to make you do those things anyway. Disaster Report 4 is all sowing and no reaping. I feel karmically imbalanced for having played it. 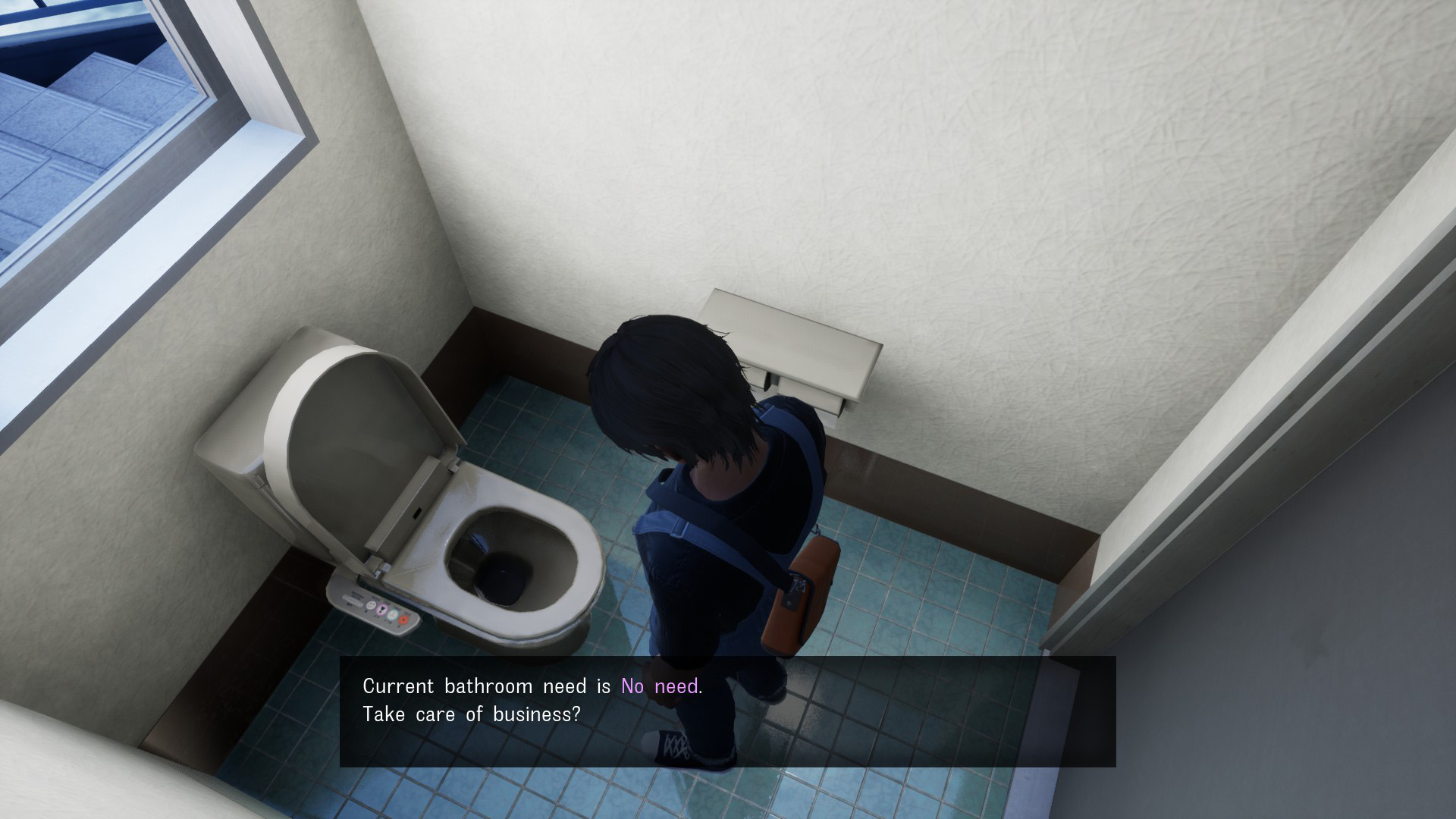 Once you tap into this game’s rich vein of surreality it becomes a lot more endearing, the increasingly silly situations less a study of human psychology and more reminiscent of a child’s drawing of the aftermath of an earthquake. A few of the pure survival systems from previous games in the series – such as a life bar, a stress meter, and the need to eat, drink and use the toilet – exist here in a vestigial sense, but have zero bearing on what happens. There are vendors who’ll sell you outfits and strange items (like tinned cat food, which you can feed to a stray cat seconds before it’s obliterated by a collapsing bridge), collectible compasses, and an inexplicable fixation on job interviews that runs throughout the plot.

Without having been in one myself I can’t say with any authority that Disaster Report 4 isn’t an accurate representation of the kinds of things that happen after a real earthquake, but I’m willing to guess that it falls short of a true simulation. It’s certainly about as ridiculous as the unfolding apocalypse happening outside our own windows – where society has seemingly ejected its collective mind to stockpile eggs and demand that the army open fire on joggers – but it’s about as passive as our lockdown too. Disaster Report 4 depicts a strange and consequence-averse crisis, in which you’re usually little more than a hapless observer.

Deliver Us The Moon gets optimised for Xbox Series X|S and PS5
FromSoftware’s Next Game Is in the ‘Final Stages of Development’
Bruce Willis’ Wife Shared A Sweet Father’s Day Post With A Family Photo
Taylor Swift And Joe Alwyn Making Out In Bahamas On Vacation
Following Johnny Depp And Amber Heard’s Defamation Trial, The Pirates Star Has Lined Up Yet Another Project