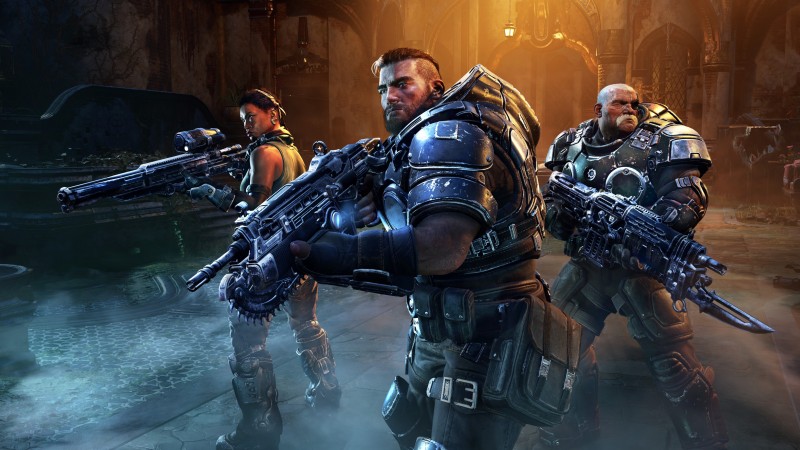 The Gears of War series has always focused on being tactical in firefights thanks to a heavy emphasis on taking cover and attempting to gain advantageous positions on the battlefield. Now, Gears Tactics is poised to take that notion to the next level with a full-fledged turn-based strategy game.

Xbox Game Studios has released a new trailer for Gears Tactics, detailing many features the strategy-based take on the Gears of War universe has to offer. You can check that trailer out below.

Gears Tactics hits PC on April 28, and is included with a Game Pass subscription. For more, check out our recent preview of the game.

Sony and EVO Partnership Makes INZONE the Official Event Headset and Monitor
Trump Opens Up About January 6th in New Documentary Subpoenaed by House Committee
Steve Jackson’s Sorcery! plays out on Xbox, PlayStation and Switch
Get your paws on Marvel’s new PLANET OF THE APES omnibus next year
‘The Real Love Boat’ Adds Rebecca Romijn & Jerry O’Connell As Hosts