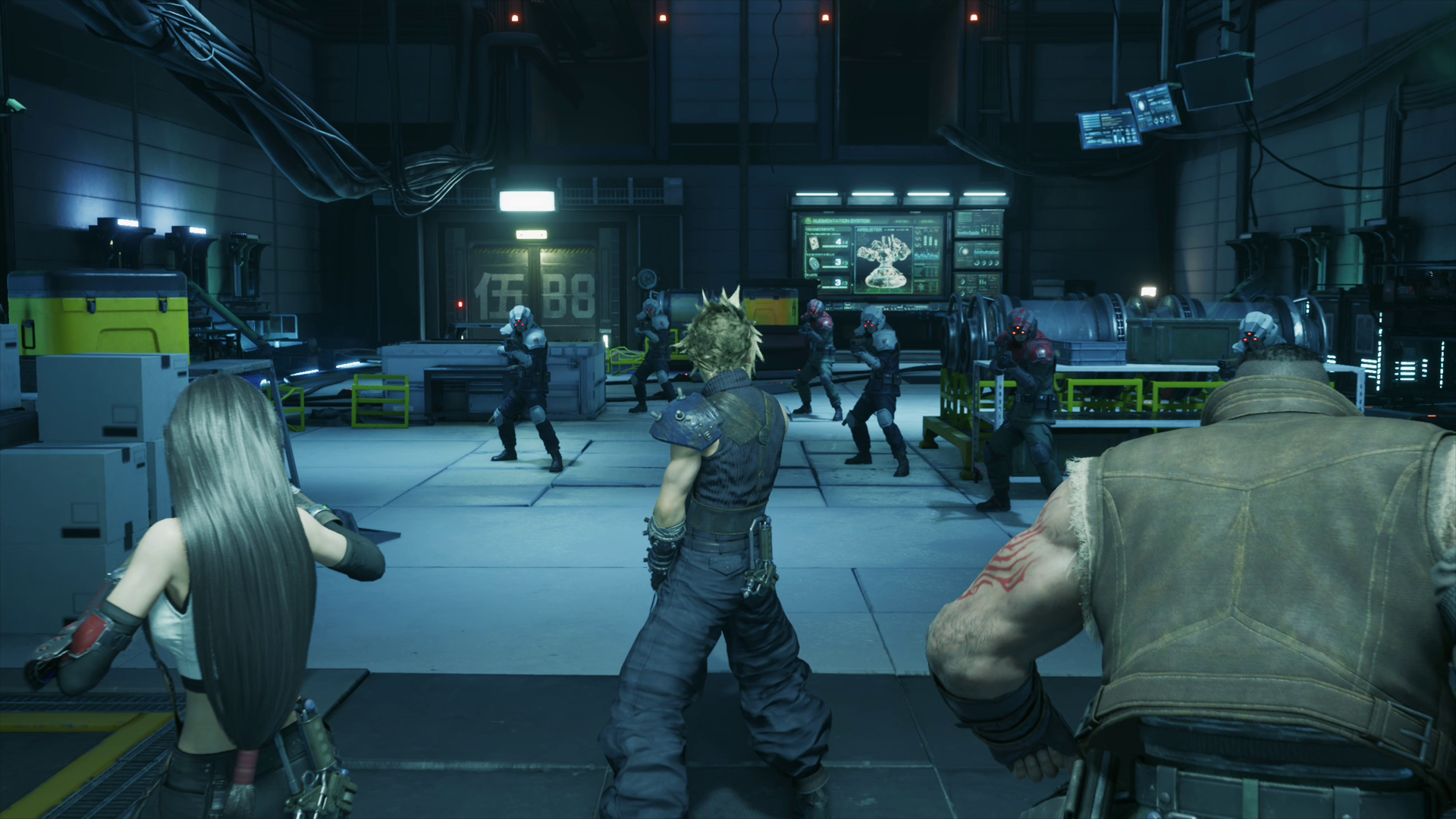 In chapter 8 of Final Fantasy 7 Remake, Cloud and company find themselves under threat from Air Buster, a crushingly powerful Shinra weapon – but they have a chance to weaken it with keycards and unit disposal.

Air Buster, or ‘the big boy’, as Barret calls it, was something of a joke boss in the original FF7. Even if you were under-leveled, he was weak. In FF7 Remake the developers have beefed Air Buster up considerably to make it a formidable opponent. The good news is that the newly expanded Mako Reactor 5 section of the game has an entire mechanic dedicated to weakening Air Buster – and there’s player choice thrown in, too.

Air Buster Disposal: what should you remove from the big boy?

Basically, as you clamber through the various levels of Mako Reactor 5, you’ll come across a few different boxy-type rooms that have a bunch of guards and a bunch of machine terminals/consoles that you can use. Let’s call these console rooms from here on in, for the sake of simplicity. After you defeat the enemies you can use the consoles to ‘dispose’ of elements of Air Buster’s arsenal before you have to fight it at the exit of the reactor. Each thing you dispose of will remove some capability from the boss but also give you items that you can optionally pick up at the end of Mako Reactor 5, right before the fight.

What to remove depends on your play style, but by far the most useful is the Big Bomber and AI Programming Core. You can buy items at any shop or vending machine, but removing some of Air Buster’s offensive capability is priceless. In particular, we recommend removing the AI Programming Cores – the stun move is really annoying, but Big Bombers can be blocked or dodged.

Once you’ve removed the units from Air Buster, you’ll have a chance to get the items you put through the Air Buster disposal by opening a second set of the timing lock mini game doors. Behind these doors there’s some Magic Up materia, plus a lever you can pull to reveal all the items that beloved to Air Buster that you disposed of. This counts as the ‘Waste Recovery’ discovery on your map. You’ll know you’ve reached this when you’ve done the lock mini game and also have access to a side room with a rest spot and a vending machine selling a music disc. 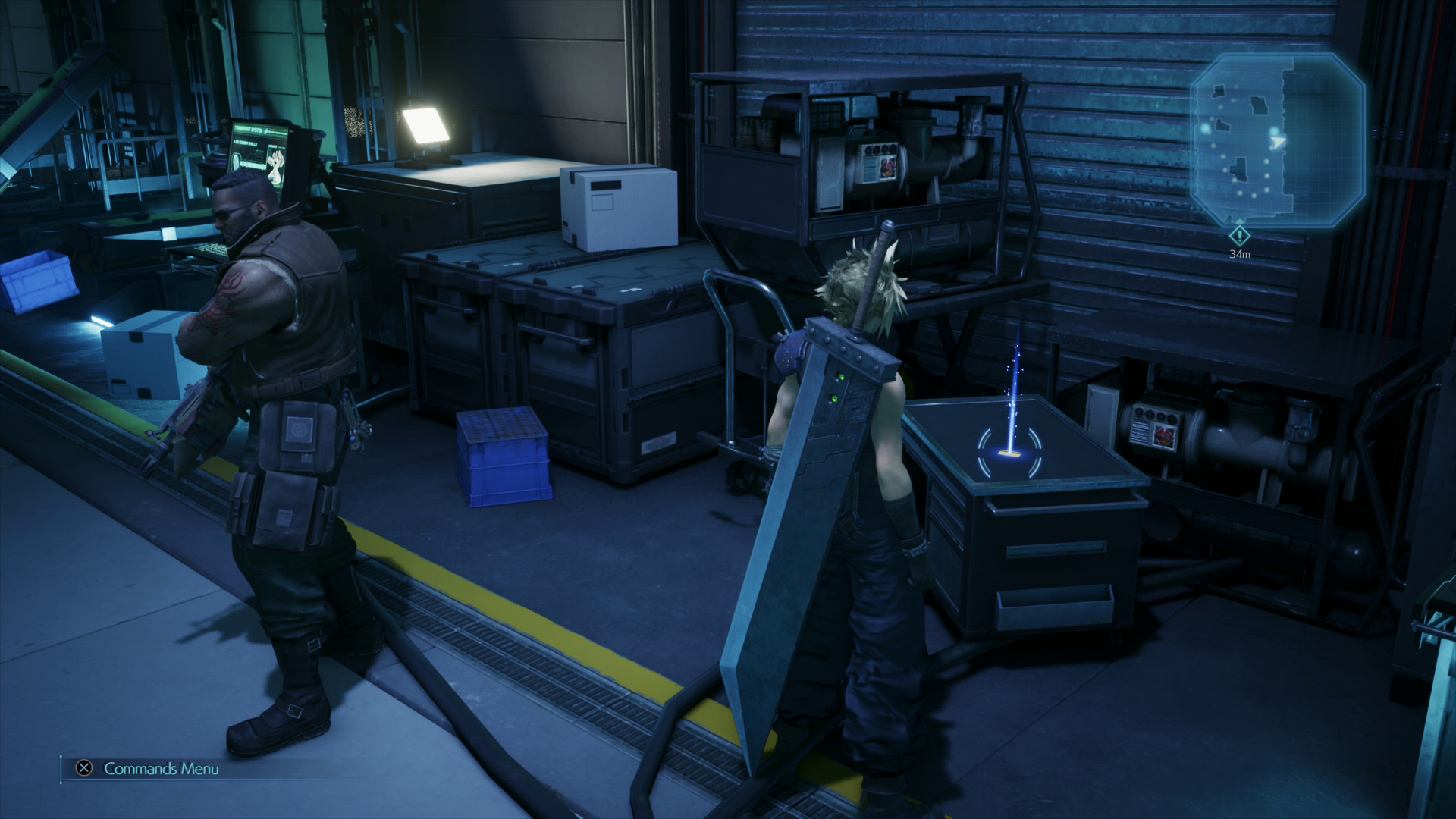 In order to get the Air Buster disposal items you first must actually dispose of them, however. That requires key cards – and there’s six key cards total, meaning you can dispose six of a possible nine units headed towards Air Buster. Before you fight Air Buster remember to also set your summon materia – especially if you picked up the Chocobo and Moogle summon from the prior chapter. Here’s all the key card locations, to give yourself the best fighting chance…

‘Top Gun: Maverick’ Catapults Past $1B At Worldwide Box Office
Extraneum is a bit Doom, a tiny bit System Shock, and a huge bit fun
Sapphic Planet: The Many Loves of DC’s Bombshells
Skyrim Mod Offers 16K Dragon Textures For the Inevitable 2050 Release
Ahead Of His Zeus Debut In Thor: Love And Thunder, Russell Crowe Is Joining A Supernatural Thriller