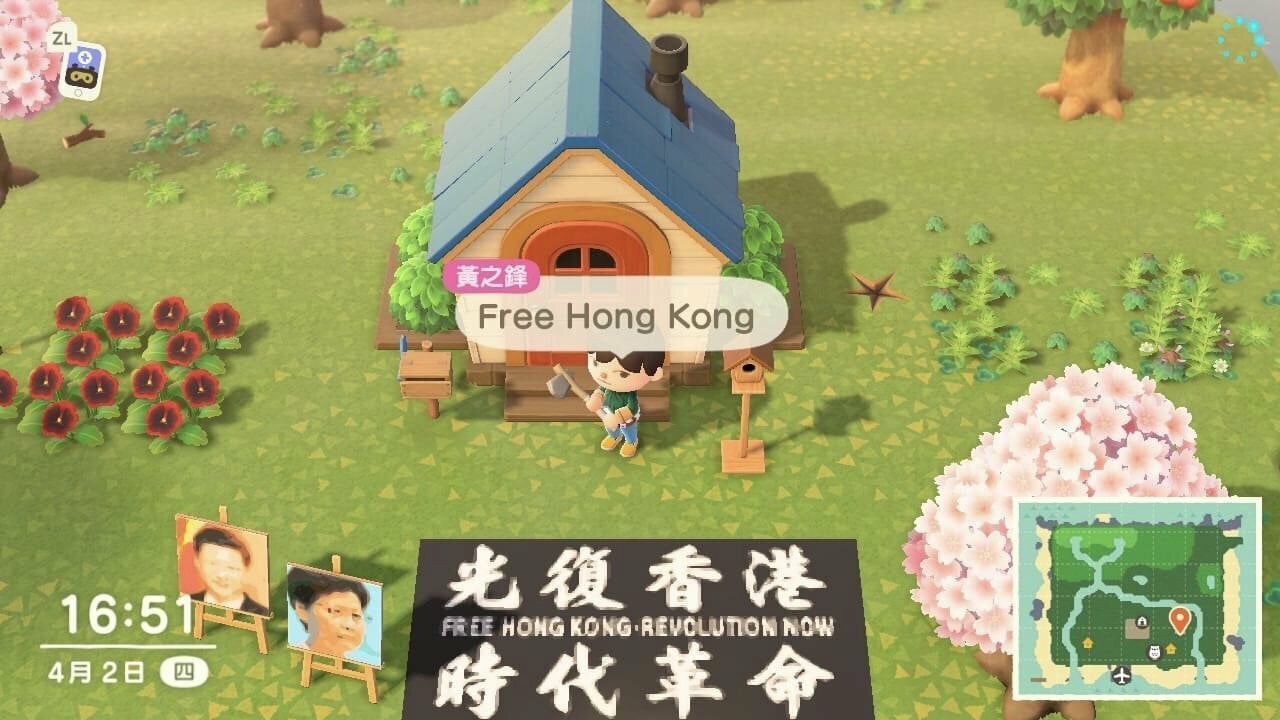 Imported sales of Animal Crossing: New Horizons have been banned in China, it has been reported.

The instruction filtered through Alibaba’s e-commerce platform Taobao to sellers yesterday (April 9th) and is expected to come into full effect today. According to screenshots posted online by Taobao sellers, the ban impacts not just the game but all merchandise and related hardware.

While no official word has been issued on why the ban has taken place, some have suspected that it’s related to the fact that the game can be used to share materials online – such as political slogans – that are generally frowned upon by the Chinese government. The game’s pattern editing mode permits players to create their own messages and slogans that can be viewed by other players all over the world.

Bloomberg is reporting that the game is one of many that is being used to highlight the political struggle in Hong Kong. One of Hong Kong’s most famous democracy campaigners, Joshua Wong, tweeted about using the game to share his message:

Animal Crossing: New Horizons isn’t officially available in China yet, but Nintendo is partnering with Tencent to bring a special Animal Crossing console to the region. In fact, you can only officially buy three games at the time of writing, which has forced many Chinese Nintendo fans to resort to importing both games and hardware into the country using services like Taobao and Pinduoduo.

PingWest reports that demand for titles like Animal Crossing in China has caused sales of Switch hardware to skyrocket. New Horizons, like many Switch games, has a Chinese language option despite not being officially released in that territory as yet.

It is not known if the game will actually come out in China following this ban, and if it does, it’s highly likely that some of its features will be disabled to avoid players using it for online protests.