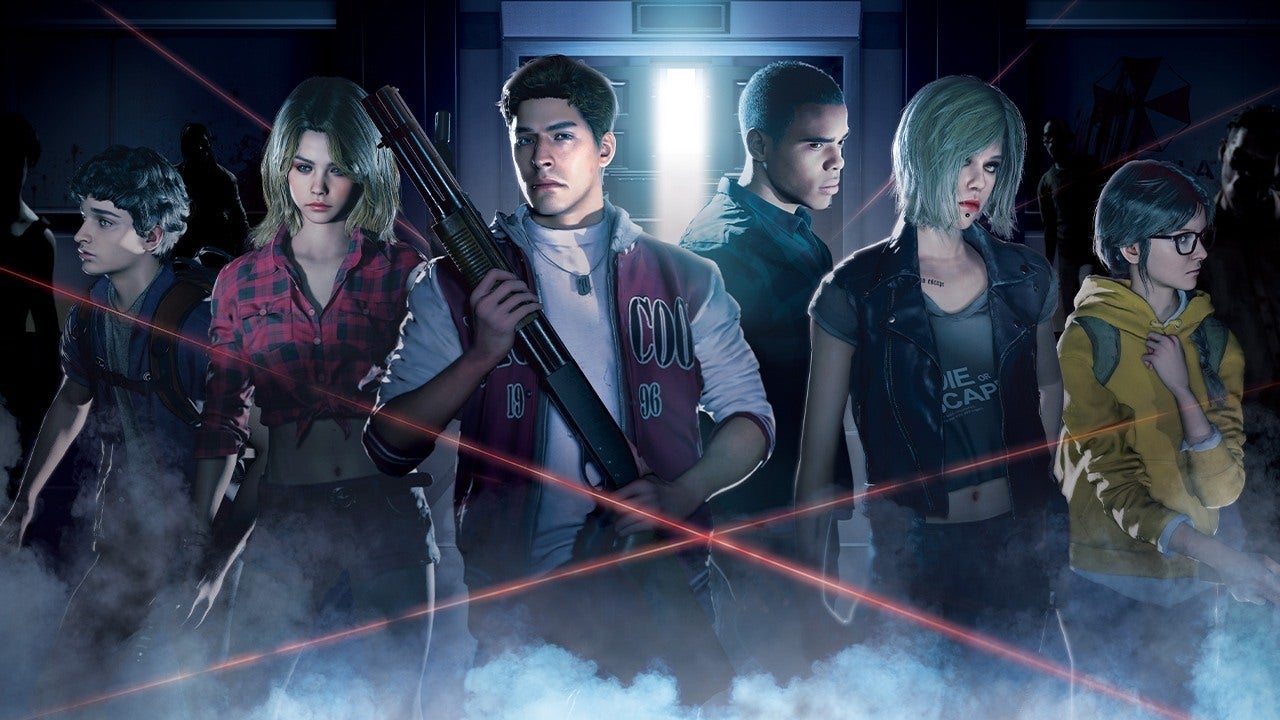 Resident Evil Resistance to bulk up the package. However, unlike the meaty, visually stunning single-player campaign that had me eager to return for seconds, Resistance is a briefly fun distraction that hasn’t left a mark on my memory.Resistance is a Dead by Daylight-esque asymmetrical multiplayer game that sees four non-descript survivors go up against one of Resident Evil’s canonical masterminds: Annette Birkin, Daniel Fabron, Alex Wesker, and Earl Spencer. As a survivor, the goal is to methodically scour the map for keys to unlock the exits of three areas before the timer ends; the Mastermind, meanwhile, gets to cackle delightfully over-the-top dialogue and throw zombies, heavies, explosives, traps, and all sorts of other obstacles at the survivors to stop them in their tracks.

Note: Make sure to check out our Resident Evil 3 Single-Player Review for impressions of the campaign.

The actual minute-to-minute search for items is the sort of thing you’d do in the single-player campaign. However, here these crucial items are randomized throughout the world instead of carefully and thoughtfully placed as part of a breadcrumb trail, so it’s a ‘puzzle’ in name only.

Annoyingly, there is no on-screen minimap.

Annoyingly, there is no on-screen minimap in Resistance, which means you have to play with your full-screen map pulled up at all times. Considering how much of playing as a survivor involves combing corridors for randomly placed items, this feels like an oversight.

Still, a nice sense of flow can occur if you all work together to unlock the exit as fast as possible. The six survivor characters have various class-based skills that are fun to play around with: Tyronne the tank, for example, has a power kick that sends zombies flying, meanwhile, January the hacker can disable the Mastermind’s cameras, which will cripple him or her for vital seconds.

A nice sense of flow can occur if you all work together.

However, only one is really useful when it comes to scouting, which is the activity you spend so much of Resistance doing. A team without Valerie, the healer, is underpowered – she not only keeps the team alive but also has a Survival Instinct skill that highlights important items on the map. It’s a little awkward and limiting to have one of the six classes feel so mandatory – hopefully Resistance will either limit this ability to make it less crucial or add more support characters capable of filling this role in different ways to give team compositions a little more variety.Each survivor has a Fever Skill – essentially an Ultimate Ability – that can be unleashed after a certain amount of time. But again, these feel a little unbalanced. Valerie is crucial, as her First Aid Spray skill will heal nearby team members; however, Becca’s only gives her a short period of unlimited ammo. That feels less important considering the wealth of ammo scattered throughout the maps.

Speaking of spraying ammo around, guns feel good to shoot in Resistance but there’s odd visual feedback that makes you feel like not all your bullets are connecting. Considering how every bullet felt like it counted in Resident Evil 3’s single-player campaign, I wish there was the same sense of control and groundedness here. Melee, thankfully, feels weighty and effective.In my experience, the most fun to be had in Resistance is as a Mastermind. You can bounce between security cameras scattered throughout Resistance’s scant four maps to keep an eye on the survivors, and you can use a combination of traps, creatures, and a bioweapon (unique to each Mastermind) to cause all sorts of chaos in a relatively short space of time. Do you actively get up in survivors’ faces with zombies and other nasties, or do you lay traps, lock doors, and cause havoc from afar? My favorite method is to place leg traps at just the right spot and then spawn several zombie dogs at that same location. At its best, playing as a Mastermind makes me feel like a delightfully evil poltergeist.

Playing as a bioweapon is clumsy but it gave me a rush of power every time.

As the Mastermind you can also take direct control of certain zombies – which makes them more vulnerable to bullets but more dangerous to survivors – as well as your individual bioweapons. G-Birkin, Tyrant, Yateveo are the bioweapons currently available to play as in Resistance, though all but Birkin need to be unlocked. Playing as a bioweapon is clumsy – which makes a certain kind of sense considering how mutated it is – but it gave me a rush of power every time, as you’re instantly so much stronger than the survivors. A bioweapon, deployed at the right time and in the right place, can make or break a game – plus, there’s a very simple joy to be found in playing as such classic characters.The four maps that serve as your playground to tool around in are… fine. Although they’re built in the same RE Engine as the extremely gorgeous-looking single-player campaign and have theoretically interesting spaces, like a casino and an abandoned park, they don’t stand out in any particular way and tend to visually bleed into one another. I hope that as more maps are added there’s more visual diversity in the mix.

I hope that as more maps are added there’s more visual diversity in the mix.

After you finish a match, you’ll be awarded points that can be cashed in to upgrade your character with items like a Bulletproof Vest that increases your maximum health or a survival vest that gives you a small amount of extra ammo. You can also unlock further abilities and fever skills down the line, as well as additional Masterminds, so there’s some incentive to progress.

Unfortunately, the points you earn are specific to one character – it’s not shared between all of them – and you’ll barely earn any RP if you choose to play in a custom match. That means that not only are you penalized for trying different things, but also you earn most of your points through the more randomized Quick Play matches. There, it’s not guaranteed you can play as the character you want, so you can’t focus on that one even if you want to. Your best option is to play as a Survivor in Team Play with your friends, or choose to play only as a Mastermind, and that feels limiting.

With these strange progression obstacles in mind, there’s an incentive to use boosters, which you can earn in-game for free or purchase on your platform’s respective store with real-world money (pricing was not available at the time of review). These increase RP acquisition, and essentially make it much easier to level up. It’s not a deal-breaker in terms of microtransactions, but it would be nice if RP was generally easier to acquire across the board.