One of the greatest bits of environmental storytelling in all of gaming can be found in Red Dead Redemption 2, in a valley beneath a railway bridge. There, seemingly without explanation, is a gorilla.

It’s completely motionless, seemingly frozen in the act of bursting out of the crate that contains it, and there is absolutely no explanation for it to be found in its immediate environment. There is of course an explanation for this bizarre apparition, which can be pieced together from information found in a side quest, but I’m not going to spoil it. To be honest, I long for the time before I unravelled its mystery. When it was just a gorilla, trapped in a Western it had no hope of understanding, and with no hope of being understood. It’s become something of a rite of passage for RDR2 players to stumble across this ape, and post confused messages on Reddit hoping for an explanation. But my very favourite thing about these posts, is that they always stop to take a selfie first. 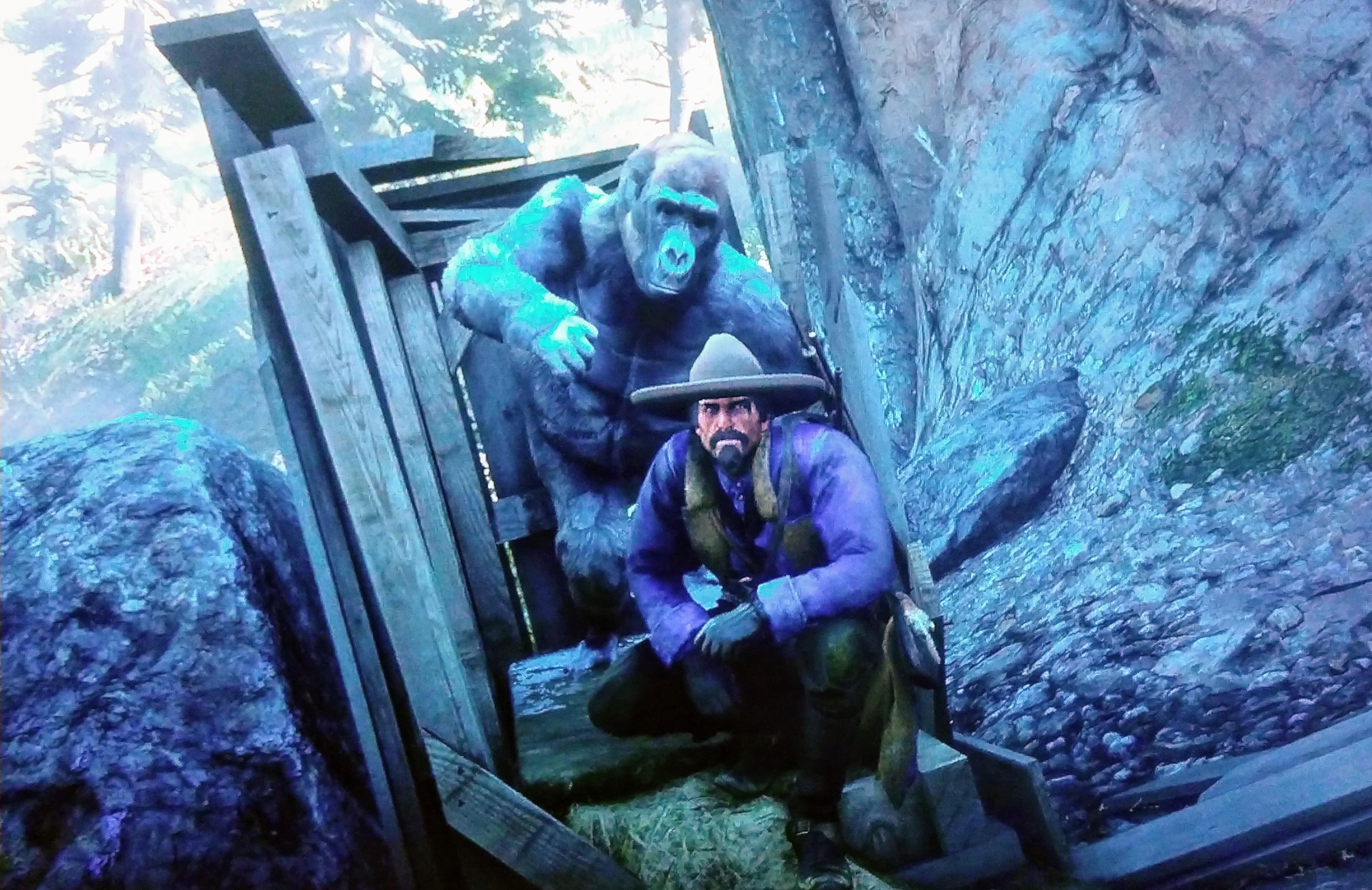 This particularly mean-looking iteration of Arthur Morgan, submitted by Reddit user igpajo49, is taking on the classic pose of a dead-hearted middle manager who’s gone on a murder holiday to the tropics. You can just imagine him as a business software salesman, bursting with manly pride as he kneels in front of a beast that a man who earns 30p a day has all but slaughtered for him. He’s even had the ape propped up so it looks like it’s fighting back. Tragic. 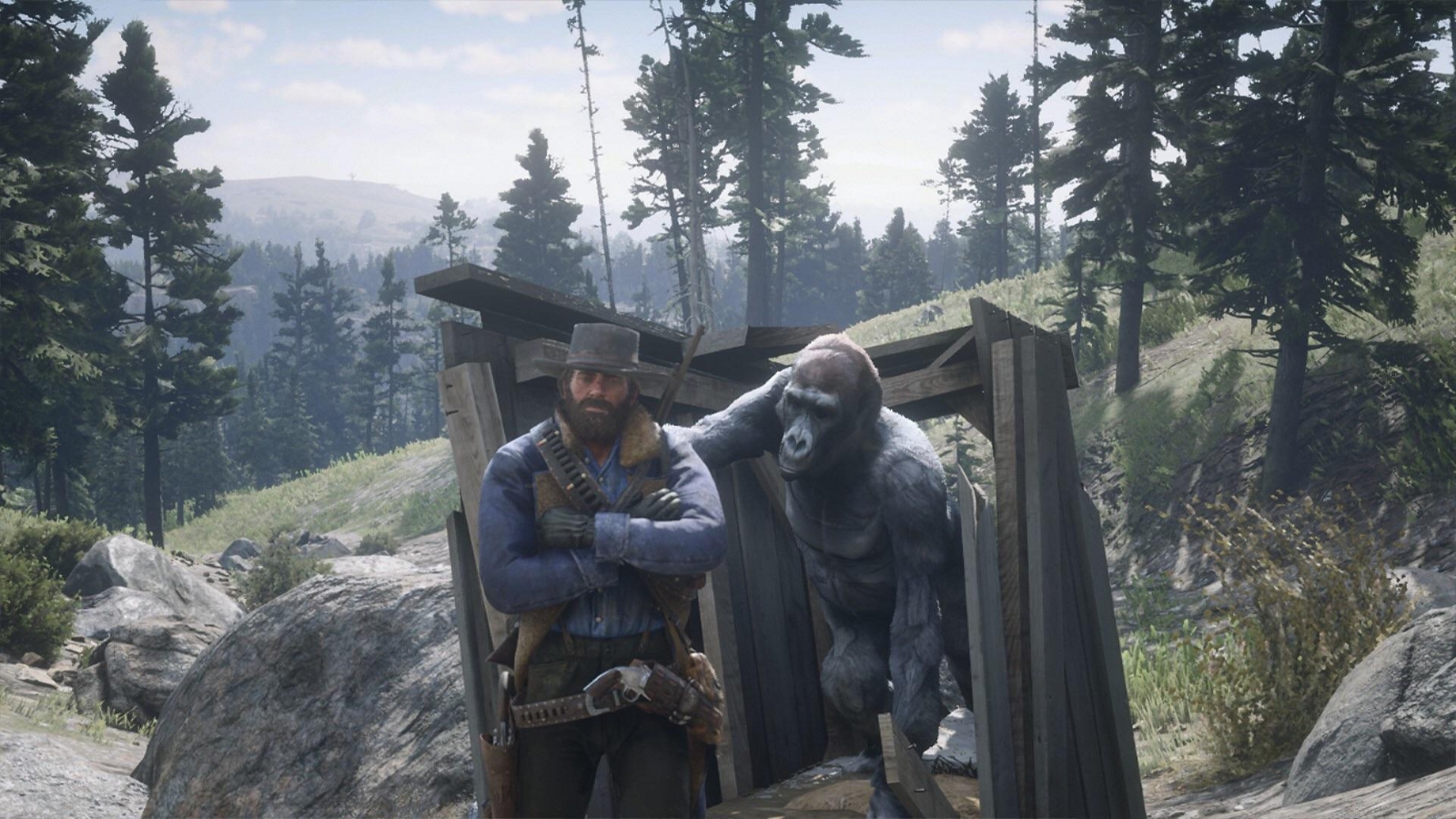 Meanwhile, this selfie from swbeaman has a much more jovial tone. It’s as if the gorilla, chilling out in its crate, has seen the famous cowboy Arthur Morgan ride past, and has politely (but enthusiastically) cajoled him into a photo to send round a WhatsApp group populated by the other great apes. You can almost imagine Arthur’s gentle grumpiness as he hesitates at first, then wearily indulges the massive primate as it flips out about how jealous its orangutan mates are going to be. 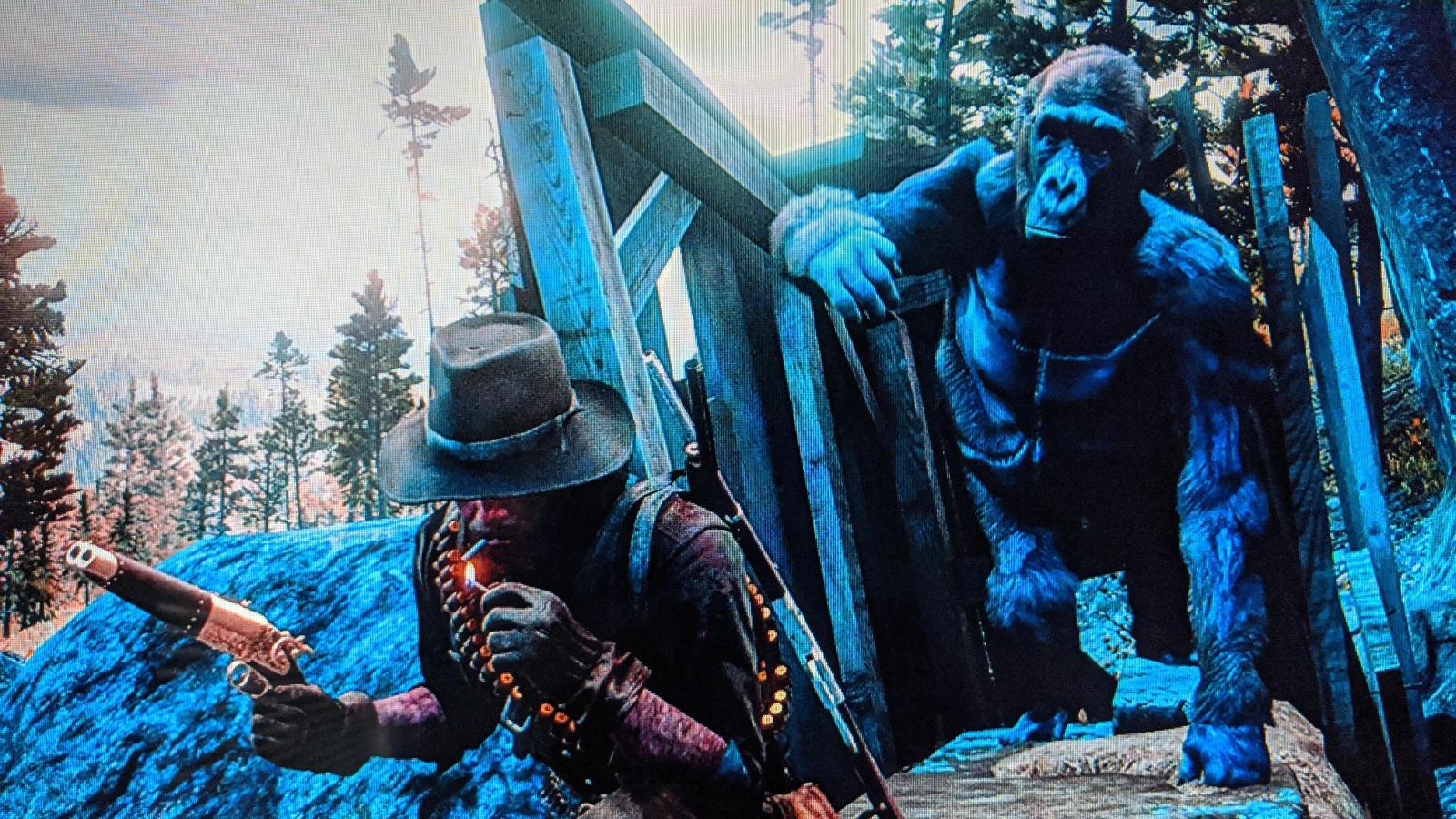 This image from Reddit user buttered_peanuts positively vibrates with the energy of danger. But where’s the danger? Is it the gorilla, looming out from behind Arthur to brain him after he’s been hunting it for hours? Is that gun trained on where he thought the beast was lurking, until the paranoia finally got to him and he decided to have a calming smoke? Or is the gorilla a pious but kindly soul, about to tap the cowboy on the shoulder and warn him about the dangers of smoking? Either way, an artful shot. 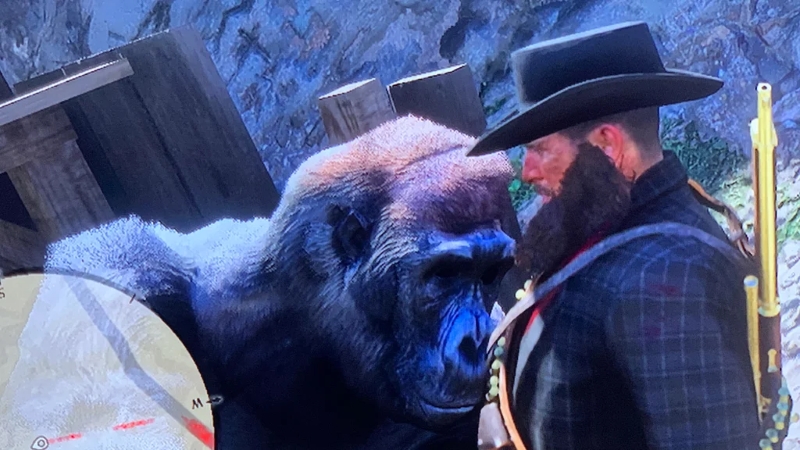 Finally, this piece from specter355 is perhaps the most touching of the pack. Posted with the title “when your friend needs a shoulder to cry on”, it shows the gorilla leaning forward to touch its brow companionably to Arthur’s chest, as he looks on with all the awkward, stunted warmth his weathered old boot-leather heart will allow. Here are two great beasts, frozen in an act of futile escape, from a wilderness that is so similar – and yet so cruelly different – to the ones they were raised in. It is a moment of perfect solace, and I like to think that specter355 has found the true meaning of the Red Dead Redemption 2 gorilla.