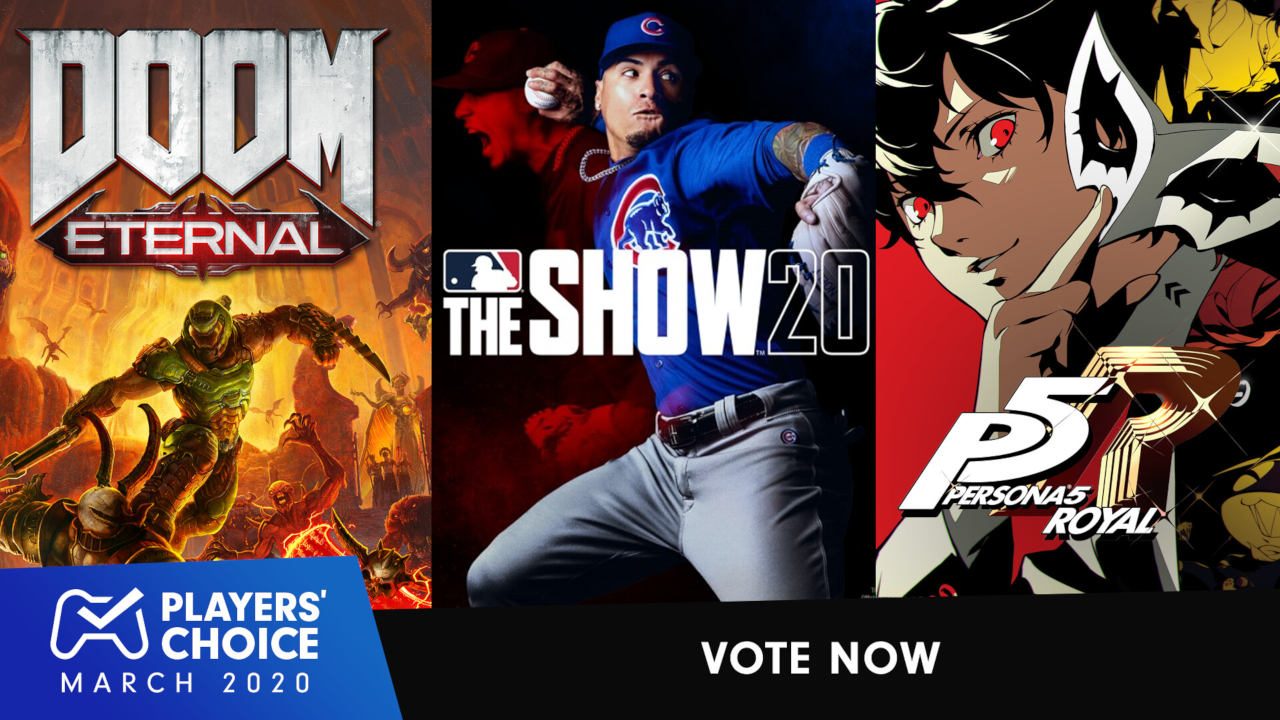 Things are heating up! We got, just… too many great games in March, from the white-knuckle demon-slaying thrill ride that is Doom Eternal to the serene sandbox of PS VR’s Paper Beast, and with other diverse experiences like the über-stylish Persona 5 Royal, the newest entry of our very own MLB The Show franchise, and the massive, free-to-play Call of Duty: Warzone.

We’ll keep the polls open until Sunday night at 11:59pm Pacific, so be sure to get those votes in before then. Feel free to make a case for your pick in the comments!

Gabby Petito Movie Filming Heated Scene With Brian Laundrie, First Look
Frog Thor gets his own Funko figure!
REVIEW: MARCEL THE SHELL WITH SHOES ON is a tiny miracle
David Oyelowo-Led Dramedy ‘Government Cheese’ Nears Series Order At Apple TV+
Josh Gad Discusses Unimaginable Loss Within His Family, But Thanks Fans For Being Supportive And Kind In Wake Of News