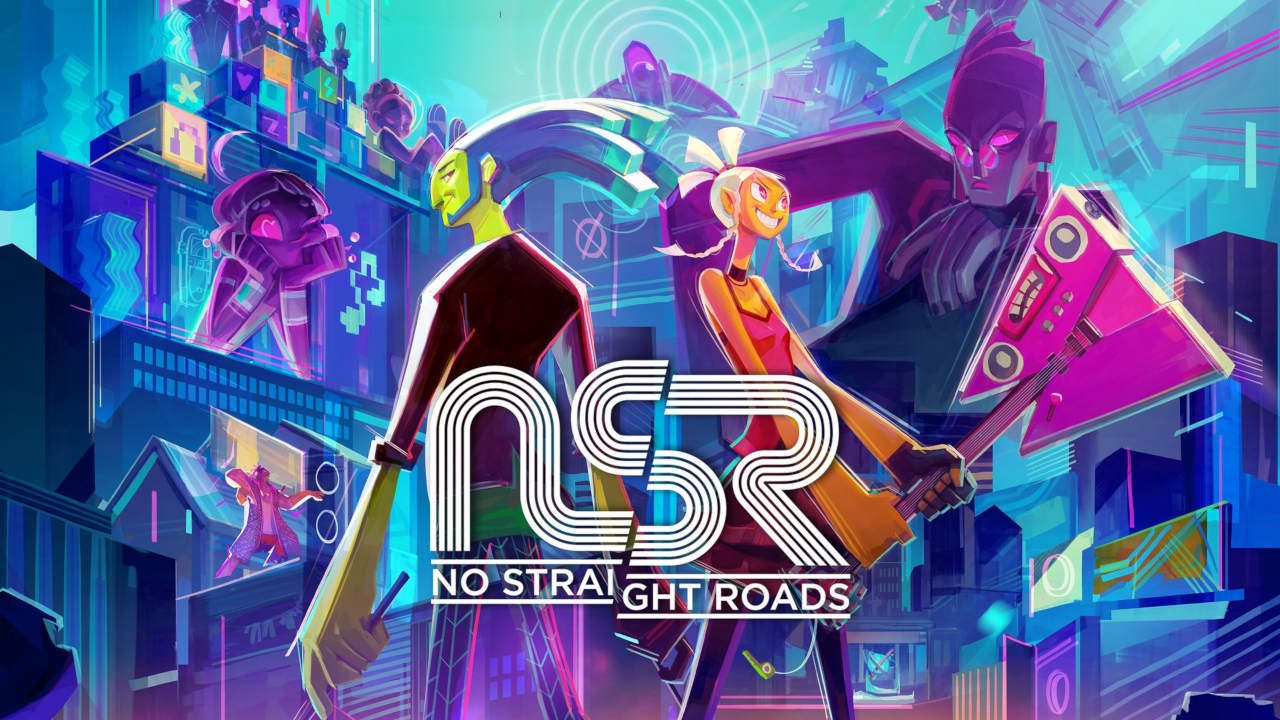 Hey PlayStation fans! We are thrilled to be back at PS Blog with some awesome news: No Straight Roads is rocking onto PS4 on June 30!

Yessss! A release date! We really can’t wait for you to experience the world of Vinyl City and lead the musical revolution against EDM empire NSR this summer.

But that isn’t the only bit of news we have to share with you today… We’re thrilled to announce the No Straight Roads Collector’s Edition, an extra special physical edition coming to PS4 that packs in a range of exclusive collectible items, including a 10-track vinyl record featuring an awesome selection of tracks from the game’s OST, a 64-page The Art of NSR artbook featuring never-before-seen artwork, and a set of collectible No Straight Roads drumsticks, so you can jam out to NSR’s music at home. 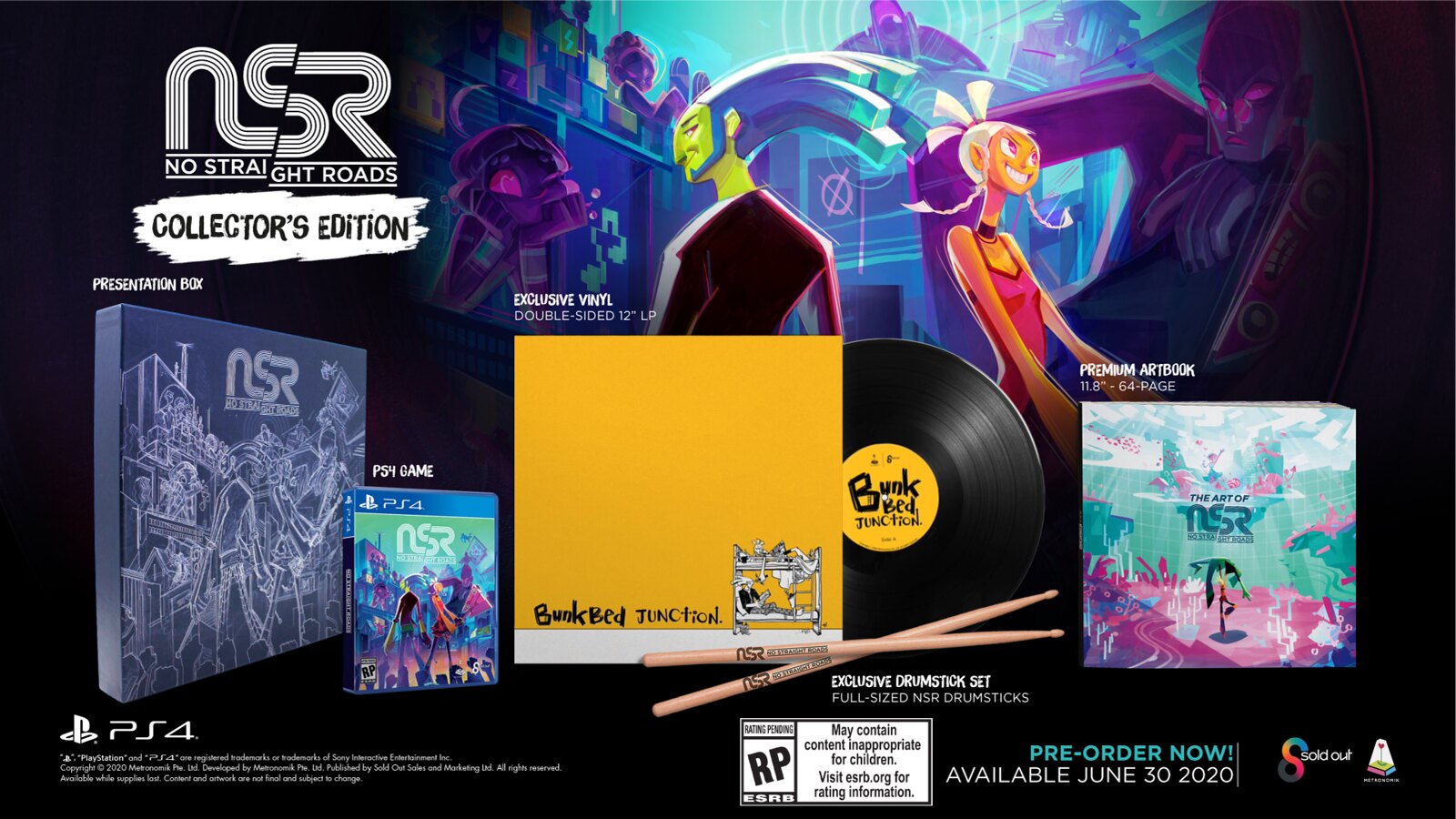 The NSR Collector’s Edition is available to pre-order now, so be sure to check in with your favourite retailer for availability.

Since leaving Square Enix in 2017 (editor’s note: Wan Hazmer was lead game designer on Final Fantasy XV), I have learned so much about what it takes to launch a game as a new indie studio. As it is for any indie team, it’s been a journey full of challenges and success stories, and I’m so thankful to our partners at Sold Out for their support and making our dreams of launching a collector’s edition a reality. I am incredibly excited for everyone to get their hands on the game soon.

Of course, being indie means this may be the first time you’ve been introduced to No Straight Roads, so if you’re wondering what it’s all about, let me explain…!

No Straight Roads is an action-adventure game that mashes together rhythm-infused combat with a vibrant offbeat world and a killer soundtrack. In fact, music plays a central role in the game, and while No Straight Roads isn’t a rhythm-action game, listening to the music can be critical to mastering the combat. This means that while enemies attack to the beat, players can attack, parry, jump and move freely in action-packed third-person combat, while listening out for cues to dodge enemy attacks.

The game pits two passionate indie rock band members, Mayday and Zuke, against EDM empire NSR, whose tight grip on Vinyl City is smothering the expression of other music genres. Playing as Mayday and Zuke, it’s up to you to lead the musical revolution in Vinyl City and take the fight back against NSR’s musical megastars.

Because music is so important to No Straight Roads, we’ve been working with amazingly talented artists like James Landino, Andy Tunstall, Funk Fiction, Masahiro “Godspeed” Aoki, Az Samad and Clyde, along with our music director Falk Au Yeong, to deliver an incredible soundtrack that shifts between EDM and rock as you progress throughout each stage. We’re so excited by the soundtrack that we really wanted to share one track with you today, and give you a taste of what’s to come in the full game.

We’re also excited to bring you a new look at 1010, NSR’s superstar boy band and the coolest group in Vinyl City. Get ready for a high-speed skirmish against these stylish stars in a pop music encounter unlike anything you’ve seen before! 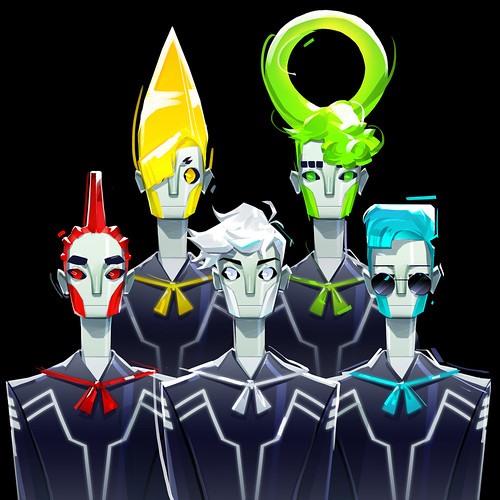 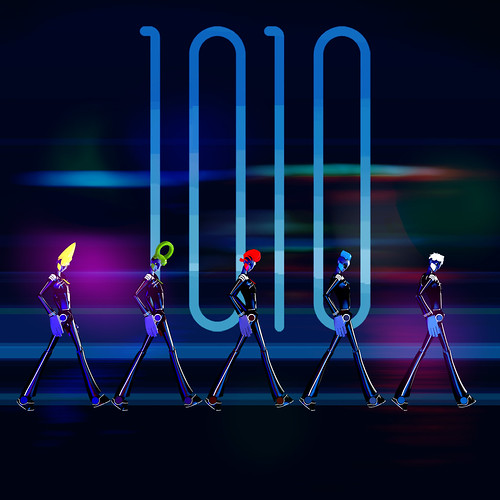 Thank you again for joining us on our journey. We can’t wait to share the world of No Straight Roads with you this summer.