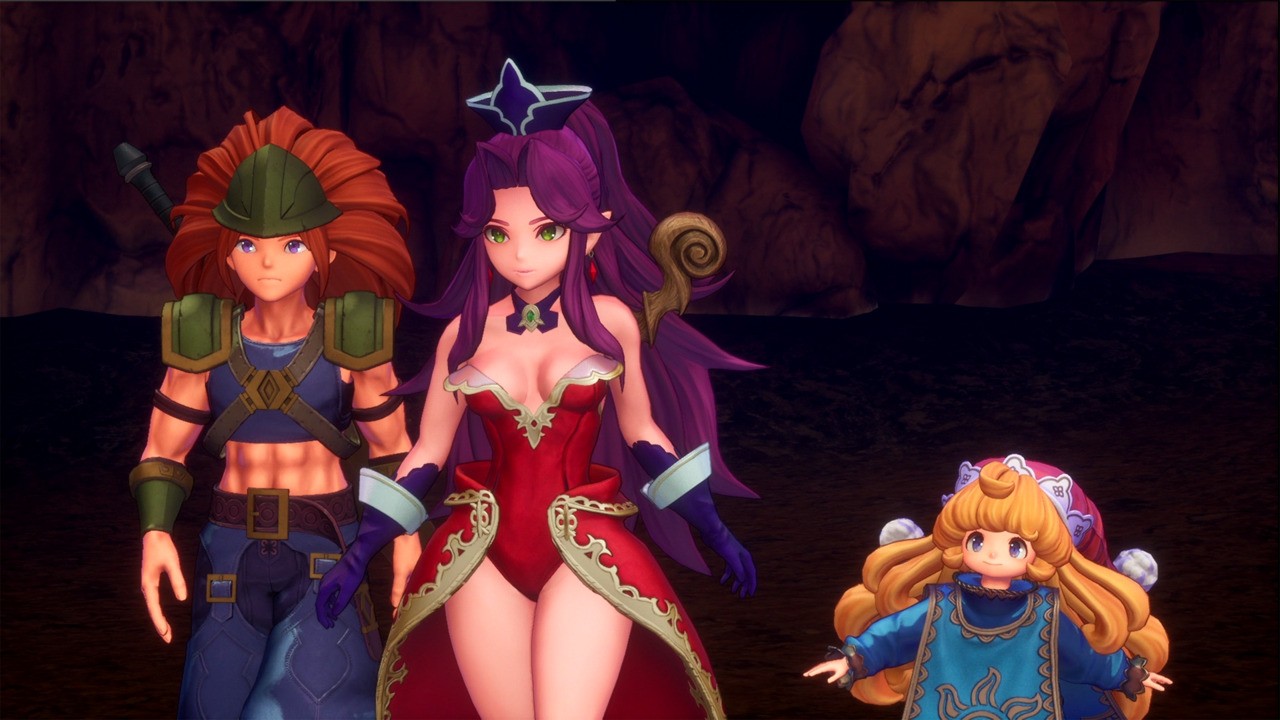 Trials of Mana is every bit one of those ‘lost classics’ that bafflingly never made it outside of Japan until recent times. The ‘90s were a fantastic time for RPG’s, yes, but their popularity on western shores was still not an entirely dependable factor, leading to developers not deeming it worth the cost of localizing many titles for English-speaking players. Although Secret of Mana was a big hit with western players, Seiken Densetsu 3 – now called Trials of Mana – didn’t make it over until 2019’s Collection of Mana. Evidently, Square Enix saw enough potential in its reception there to justify a remake, which is due to come out on all platforms next month. Fortunately, Square has seen fit to release an early demo of the game to give players a head start, and we’ll be basing our impressions on that.

What’s immediately apparent form our experience is just how surprisingly stunning the new graphical update proves to be. Whereas the recent (*cough* disappointing) remake of Secret of Mana opted to keep the top-down perspective while using 3D models, Trials of Mana just goes full on into the 3D realm in a way that feels exceedingly similar to Dragon Quest XI. It’s a move that pays off, however, giving environments a new kind of depth and scope that the initial release wasn’t quite able to capture. The bright, rounded graphics fit great with the tone of the story, and we found ourselves reaching for that capture button on more than a few occasions as we kept coming upon new environments. Though we’ve yet to see the rest of the game, it’s clear that Square Enix has put plenty of time into strong environmental design and art direction; something which bodes well for the dozens of hours that are likely yet to come.

As for the combat side of things, we were exceptionally pleased at how easily accessible and snappy the mechanics feel. Battles unfold in real time and can start at the drop of a hat right there on the map, with no loading screens or slowdown in sight. Attacks have a suitable amount of weight behind them when they land, and though the demo hasn’t allowed us to get too deep into the weeds of optimizing team setups, the early moment to moment action bodes well. Battles don’t overstay their welcome and, most importantly, they’re simply fun as you whack away at monsters and dodge roll to safety when they bite back. We especially enjoy, too, how additional experience boons are handed out at the end of the fight based on your performance, such as defeating enemies under a certain time limit or not taking a single hit.

That being said, our main concern with the combat system thus far is that it doesn’t feel like there’s enough to differentiate party members from each other. This is likely due to the fact that we’re still in the early game and haven’t been given adequate time to specialize party member, but it’s still something worth mentioning. Whether you’re playing as Duran the Soldier or Riesz the Amazon doesn’t seem to make much of a difference early on, you still use the same button combos and the same attacks, making for a rather homogenous feel to combat. We’d imagine this issue will fade as the hours roll, but even if it doesn’t, it feels more like something that would be a missed opportunity than a game breaking shortcoming.

The main reason we believe that combat will diversify more as time passes is due to how the character progression system indicates a lot more depth is coming. After each level up, you can put points into one of five different skill trees for each character. Each tree offers up a variety of stat buffs and new abilities to benefit the character, and some of the abilities can even be shared between characters. Considering that each character has their own unique setup for how their skill trees pan out, we can easily see how mixing and matching the sharable skills and unique buffs can lead to some interesting team compositions. It’s promising, to put it simply, and we’re eager to see where this goes.

Otherwise, we’re very pleased with the way the storylines and exploration are paced out. Environments have plenty of rabbit trails to follow off the main path that can lead to treasure chests and extra goodies, but it has yet to feel exhausting. Environments aren’t as sprawling as, say, the worlds of Xenoblade Chronicles 2, but the more intimate and layered approach is still welcome and comfortable to play. Coming across new party members, too, allows you the option to participate in a ‘flashback’ that fills you in on their backstory and explains how their paths cross yours. Each character is likable in their own way and has a clear catalyst for why they set out on their own adventure, and while we’ll have to see how well all these subplots ultimately play out, we’ve been sufficiently hooked by their beginnings.

Aside from that concern about party diversity, it’s difficult to think of anything in Trials of Mana that disappoints or otherwise drags down the overall experience. First impressions are always subject to change, but this release is proving itself thus far to be an exceptionally enjoyable adventure that mixes together a satisfying blend of live action combat, exploration, and lighthearted storytelling. We’re eager to see how this one pans out and hope that the demo will lead to more people talking about it; this is shaping up to be a surprisingly high-quality release and it deserves more attention from the Switch fanbase.