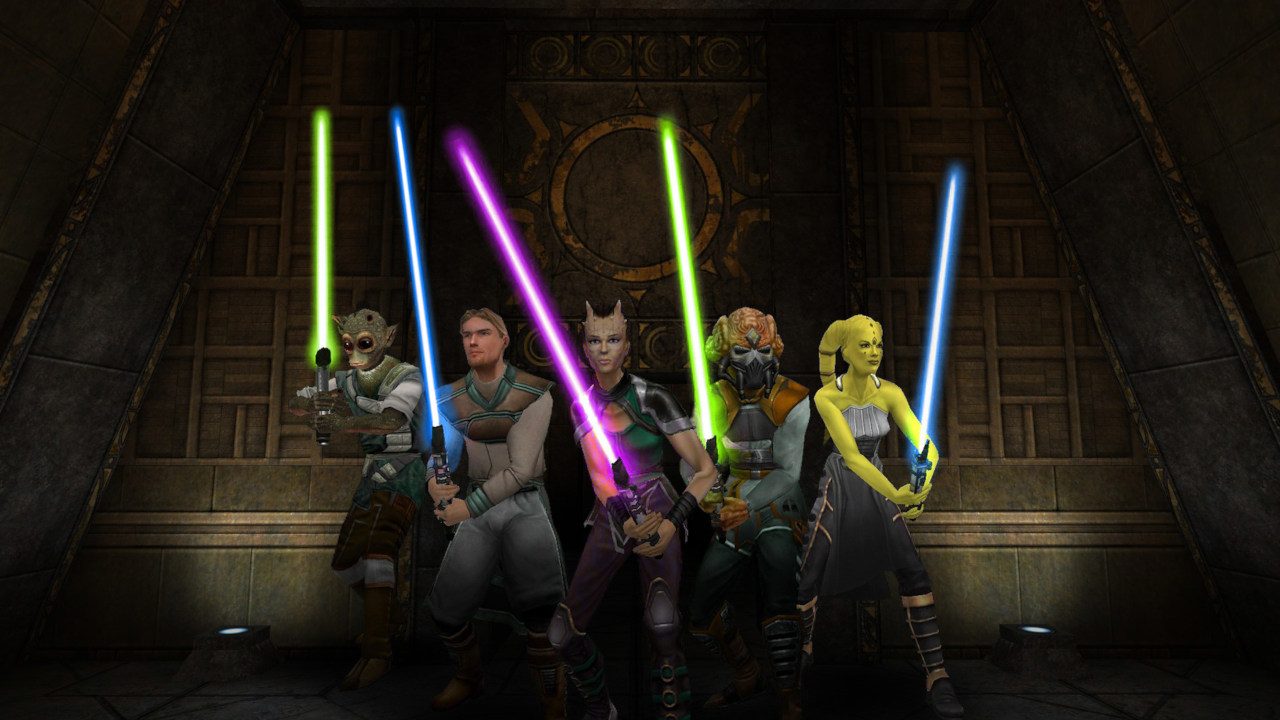 Welcome, Padawan, to the Jedi Academy. Here you will undergo training in the ways of the Jedi, from using the Force to defending yourself with a lightsaber. You will learn more about yourself than you can possibly imagine but remember: the path to the dark side is ever present. Let the light guide you in all of your decisions. 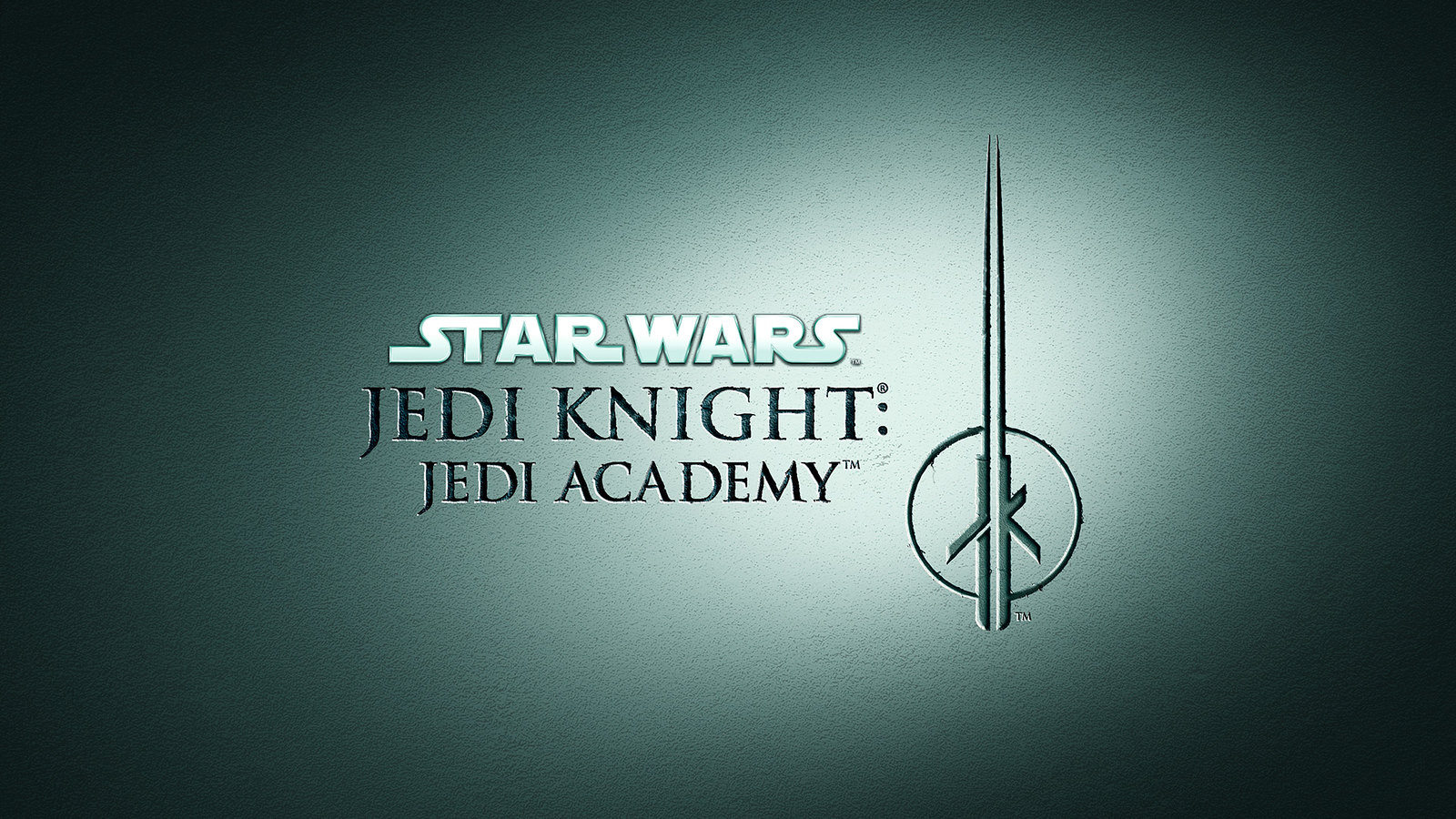 The first step in your journey to becoming a Jedi Master is creating your character. Customize your species, appearance, and gender before entering the Academy to learn the power and dangers of the Force.

No Jedi is complete without the Jedi weapon of choice: the lightsaber. You’ll forge your own lightsaber from handle to blade, choosing from nine hilts and five saber colors. As you progress, discover the power of wielding two lightsabers or the ultimate double-bladed lightsaber made famous by Darth Maul.

Of course, your lightsaber combat ability isn’t the only thing that will evolve on your path to becoming a true Jedi. As you become more attuned to the Force, new powers will be granted and your existing powers can rise in rank. Experienced Jedi can use the Force to heal, enhance their combat abilities, and leverage the classic Jedi Mind Trick.

Once you’ve entered the Academy, you’ll learn from the greatest Jedi Masters in the galaxy and experience the next chapter of Kyle Katarn’s story. You’ll recognize quite a few classic Star Wars characters and locations as you face the ultimate choice: fight for good and freedom on the light side or follow the path of power and evil to the dark side. 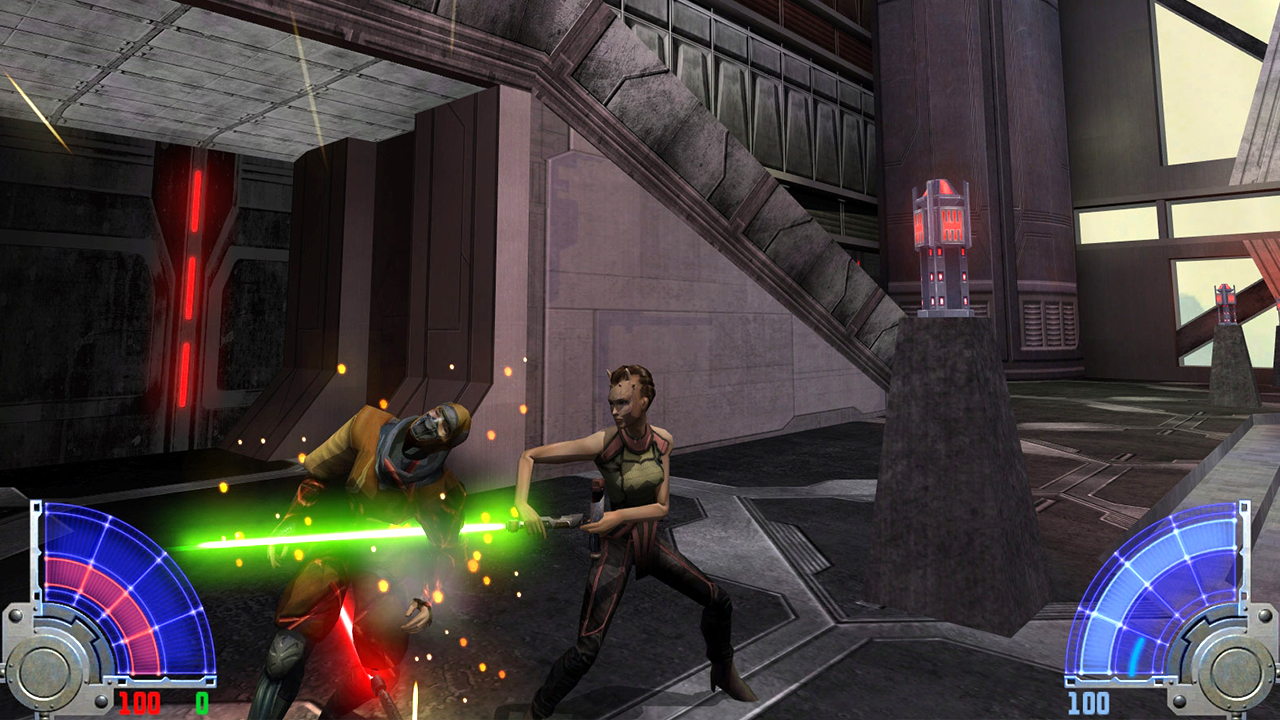 Our team wanted players new and old to experience the thrill of victory in online multiplayer, which is why we’ve brought it back with modern controls. In Star Wars Jedi Knight: Jedi Academy, you can play with up to 16 players in six online multiplayer modes. We’re bringing back the classics you loved: Siege, Power Duel, Capture the Flag, Duel, and Free For All (both solo and teams).

One of the biggest challenges we faced when bringing back online multiplayer was how to keep the original spirit of the game modes while updating the controls for modern systems. Luckily, the team here at Aspyr is full of Jedi Academy fans who dedicated themselves to recreating the feeling they got playing in 2003 with the updated controls of 2020.

You can also transform your PlayStation 4 with our two free PS4 Themes inspired by Star Wars Jedi Knight II: Jedi Outcast and Star Wars Jedi Knight: Jedi Academy. You can sign up exclusively at aspyr.com/starwars to receive a free key that you can redeem on PS4 via email.

Looking for even more to explore in a galaxy far, far away? Stay tuned for more details on the upcoming release of Star Wars Episode I: Racer for PS4, coming soon.

May the Force be with you, no matter what path you take in Star Wars Jedi Knight: Jedi Academy!

THE MARVEL RUNDOWN: The Beat’s T4T review of MARVEL VOICE’S: PRIDE (2022) #1
Mario Kart Wii – Did You Know Gaming? Ft. Remix
Into The Breach Now Has A Physical Edition, Available For Pre-Order
Bill Cosby Not Sweating $500K Verdict in Civil Suit, ‘That’s All? Booyah!’
Poll: What Are You Hoping To See In The Nintendo Direct Mini?