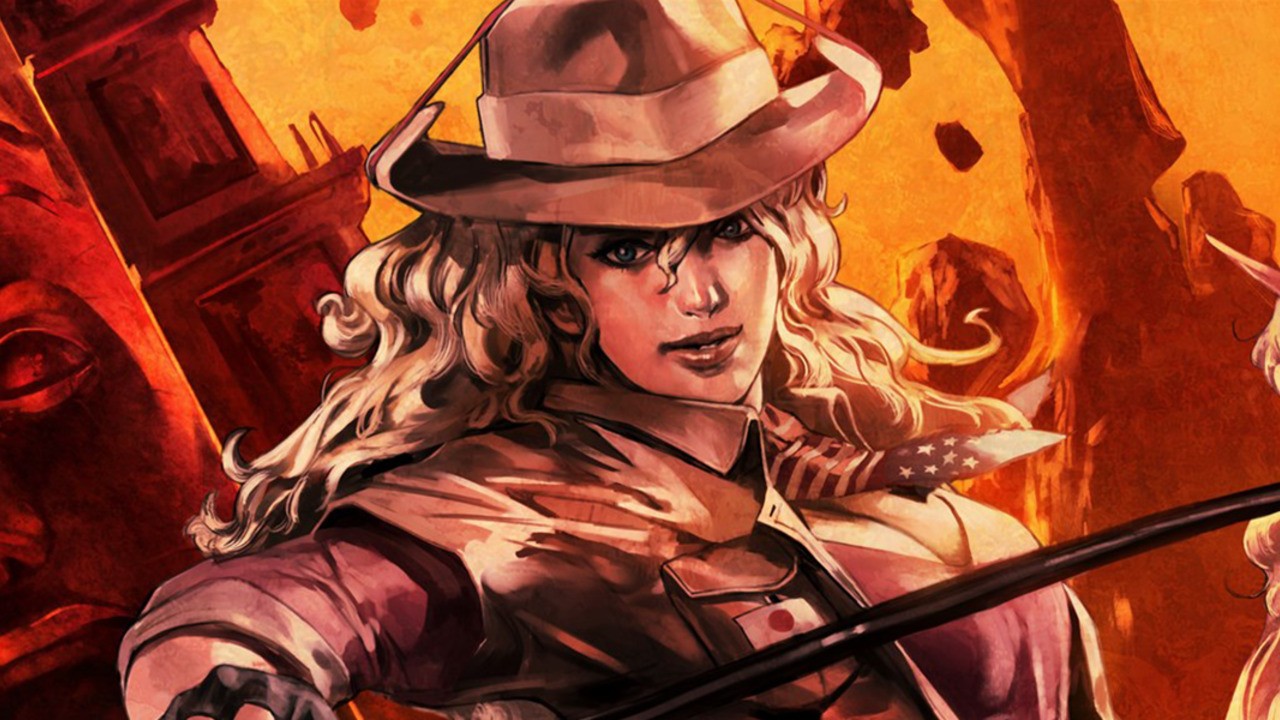 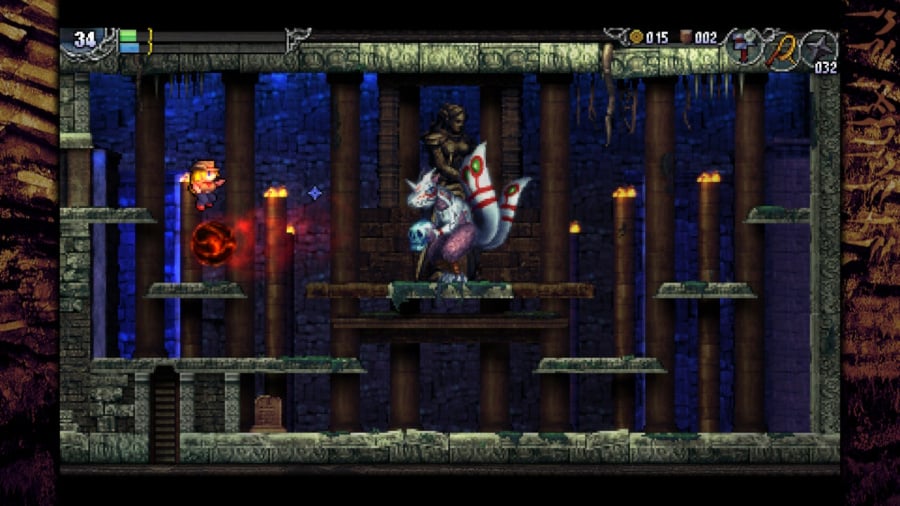 As indie game development has massively ramped up over the past decade or so, there’s also been an equivalent rise in the popularity of the Metroidvania genre. We’ve seen countless fascinating examples of how elements of the genre can be bent or expanded upon to create amazing new experiences, but one of the finest examples of a Metroidvania came with the launch of La-Mulana as a freeware game in 2005. The unique focus on uncompromising puzzle design and high difficulty made the sidescroller a cult hit, and its status was only furthered with the remake that came a few years later. Still, developer Nigoro evidently had more that it wanted to explore with the concept of La-Mulana, which led to the creation of a Kickstarter in January 2014 for La-Mulana 2.

The crowdfunding effort was a resounding success, with the campaign raising over a quarter of a million dollars, and La-Mulana 2 then saw its initial debut relatively recently in July of 2018. Now, the title has finally made its way to the Switch, and we’re happy to report that Nigoro lost none of the magic that made the original such a unique and captivating experience. If anything, the studio outdid itself with this sophomore effort, crafting an adventure that feels better paced and more cohesive than its predecessor, while also being more fun to play overall. 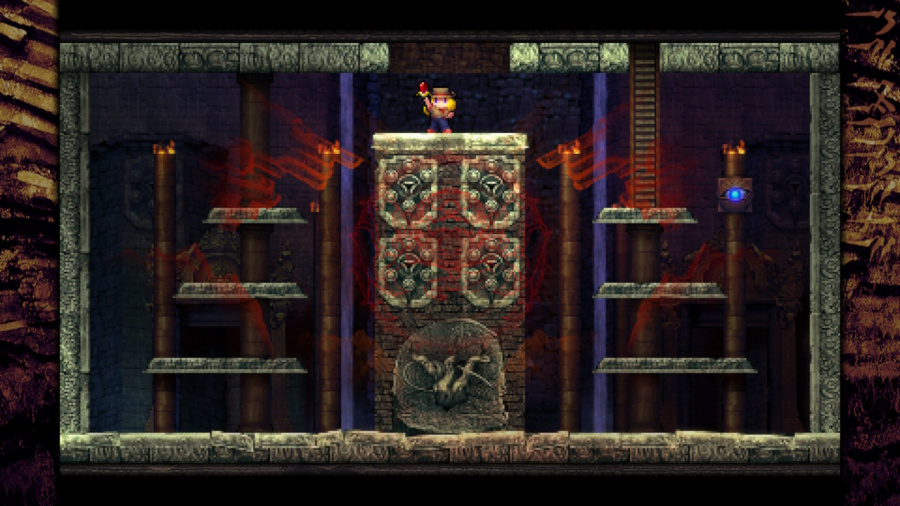 The story picks up not long after the ending of La-Mulana, though this time former protagonist Lemeza is nowhere to be found. You play instead as his daughter Lumisa, who has followed in her father’s footsteps in archaeology and now finds herself back at the ruins that Lemeza once explored himself. Since the events of that game, the ruins of La-Mulana have been turned into a tourist attraction and a small community has sprung up around it, but there’s trouble in the air as monsters have begun appearing and attacking the locals. Lumisa steps in, then, both to get to the bottom of why matters are seeming to get out of hand and to discover where her missing father has gone. It doesn’t take long for her to discover the entrance to a new set of ruins, however, called “Eg-Lana” which seem to hold the answers she’s seeking.

The original La-Mulana had a delightful way of weaving in a fascinating mythos throughout its cryptic puzzles and gameplay, but La-Mulana 2 takes the storytelling a step further. There are more NPCs to interact with than before, and though many of them don’t have a whole lot to add individually, it’s the cumulative effect of having more characters in play that adds more stakes to the story. That’s not to say that you’re bludgeoned with conversations and interactions at every turn – this is very much still an isolated and lonely journey – but we rather enjoyed the extra flavour that these characters bring to the experience. And though the story certainly isn’t the focus of this adventure, it’s satisfying how it builds upon the events and mythos of the previous game in logical and sometimes surprising ways. 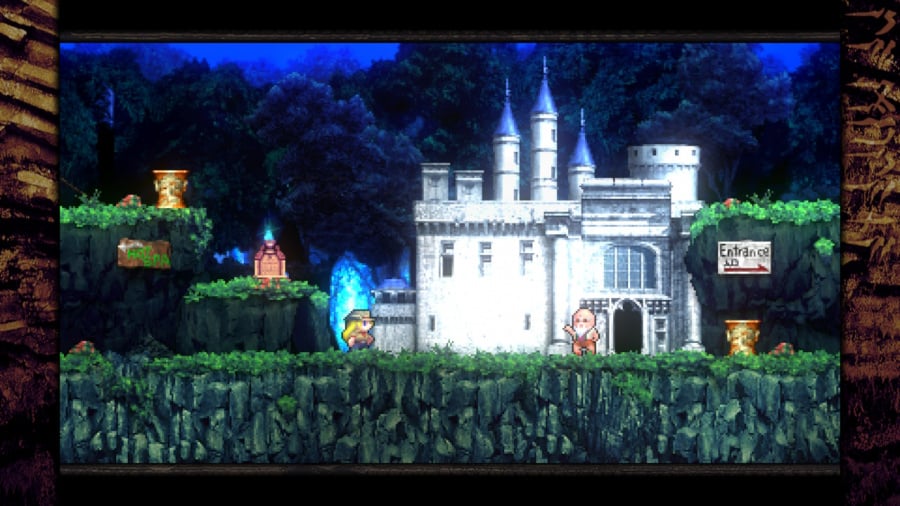 Gameplay has remained largely unchanged from the original, which is to say that it is infuriatingly uncompromising in the best of ways. The moment-to-moment action takes the shape of a typical Metroidvania, with you exploring a sprawling 2D map comprised of several interconnected areas, each of which are packed with secrets, monsters, traps, and boss fights. The key thing here, however, is that poor Lumisa – much like her father – has all the resiliency of a leaf blowing through the wind. One step on a well-concealed pressure plate, and the ceiling caves in, killing her instantly. One accidental whip-crack on a seemingly innocuous wall can cause an all-seeing eye to atomize her with a blue bolt of lightning.

Everything in this accursed Eg-Lana is out to kill you and is adept at doing so, and matters are not helped by the fact that checkpoints are scarce. Sure, you can almost always just warp back to the surface to heal Lumisa up, but that could mean having to spend another twenty minutes retracing your steps. The alternative, of course, is pushing onward and hoping you don’t make one of the countless easy mistakes a blind player can make, resulting in Lumisa’s death and a subsequent trip to the last place you saved at. Thirty minutes of gameplay can go up in smoke just like that, leading to a deliciously tense experience all around as you constantly have to weigh your confidence against the risks at hand. 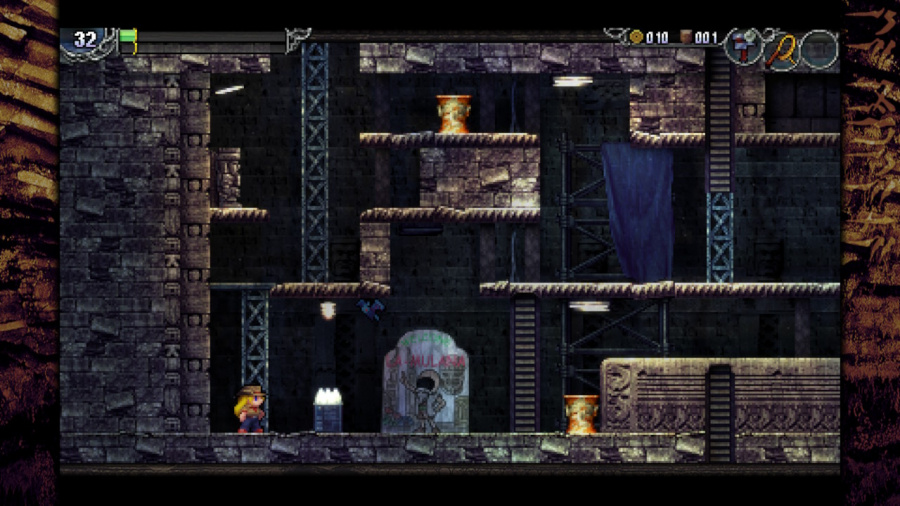 As if that isn’t enough, La-Mulana 2 carries on the tradition of almost hilariously obtuse and intricate puzzle design. Your whole experience is ultimately in service of this, as you traipse all over heaven and earth in search of obscure clues and trying to make some goddamned sense of the rat’s nest of clues you already have. Given the relatively non-linear setup of La-Mulana 2, this can lead to some truly maddening moments. Is that cryptic message relevant, or will you not be needing that for several more hours? How did you get to the room you’re in? Are you even supposed to be at this point?

The answers are always there, but La-Mulana 2 sure isn’t going to just give them to you, and it’s all too easy to overlook things and not recognize their importance until you’ve spent hours running in circles. It’s a real testament to La-Mulana 2’s design, then, that it doesn’t completely fall apart. A lesser experience would drive players away with this level of difficulty, yet somehow La-Mulana 2 knows how to give you just enough of a sense of forward progress that you can’t bring yourself to quit outright. There are few games that can offer such a sense of satisfaction when you finally figure out a secret, and though you’ll struggle to do so in La-Mulana 2, it is doable. 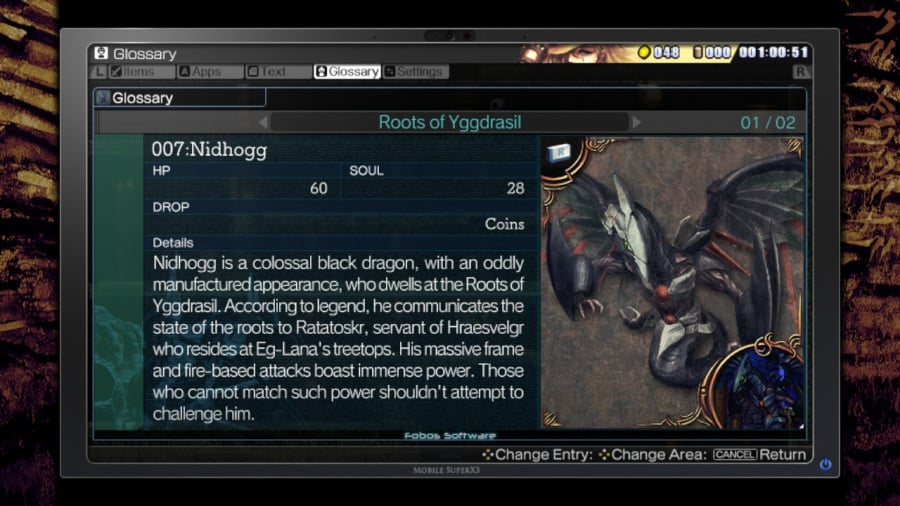 We feel special attention must be paid to the better controls this time around, too. Unlike her father, Lumisa has discovered the secret of mid-air momentum change, giving her much more control in the many precarious platforming portions she’ll endure. Though you still sink like a stone if you happen to have Lumisa walk off a ledge rather than leaping off of it, this relatively minor change to the control scheme goes a long way in making La-Mulana 2 the superior experience in terms of moment-to-moment gameplay. A similar thing could be said for the overall sense of progression, too. It feels like you obtain upgrades and secrets just a little more often than you did in the original La-Mulana, making for a better paced or more rewarding experience that continually baits you with the promise of more challenge.

Presentation remains largely unchanged from the original, going for a 16-bit aesthetic that itself is based on old MSX software. The key thing here, however, is that a little more attention has been paid to imbuing greater detail in some areas. Most encounters with NPCs will lead to a cutaway to a screen where you view detailed art of that character as they speak to you, sometimes with surprising effects thrown in. And as Lumisa works her way through the ruins, little things like the way that her hair flips after a jump or how her arms flail when she falls down a slope indicate a higher quality of animation. Bosses are another highlight here, with the massive, detailed sprites of the monsters proving to be a visual spectacle and a sight to behold. Generally speaking, not much is changed, then, from the original La Mulana, but the key areas where improvements have been made stand out in the best way.

The original La-Mulana was a masterpiece in its own right, but we’d contend that it’s been edged out by the sequel. What we have here is an expertly-paced, crushingly difficult, and utterly mystifying adventure that constantly beckons you to explore deeper and acquaint yourself with its unique charms. La-Mulana 2 definitely isn’t for everybody – if you consider yourself an impatient or clumsy player, steer clear – but those who put in the time and effort to crack this nut will be deeply satisfied that they did so. We’d give La-Mulana 2 a high recommendation for anybody looking for a deep and challenging new Metroidvania for their Switch; it’s an acquired taste, but one you will come to savour.