Escalation, a new way to slay Behemoths in Phoenix Lab’s Dauntless, was introduced in December. Players were challenged with a modified roster of Behemoths, each one deadlier than the last, even battling two at a time. Slayers fought tooth and nail to get to the ferocious Malkarion at the heart of the Maelstrom. They rallied. They fought. They won.

Now they face a new challenge. With the launch
of Scorched Earth, a new Escalation is here: Blaze.

Slayers will brave a lush jungle, ascend to a violent volcano, and battle their way to the Torgadoro, a primal Behemoth that dwells within. It’s an environment completely new to the Shattered Isles, and the Torgadoro may be the largest Behemoth yet. A lot has changed with this new Escalation, so let’s dive into it, shall we?

“We learned a ton from Shock Escalation,” says
Reid Buckmaster, designer on the creature team. “We saw that some of the most
unexpected combinations made for the best fights, which led us to adding Blaze
variant Behemoths this time around. We wanted to further push the feeling of
truly being able to run into anything.”
Blaze-infused versions of Rezakiri, Gnasher, and Quillshot were all
added to the game, providing new, fiery twists to the gameplay  and shattering the players’ tried and true
techniques. “We want to challenge them,” explains Buckmaster.

The variety doesn’t end there, though.

The decision to add a wider range of amps—special buffs that carry through entire Escalation runs—was made early on in development. “We found out which types of mods and amps players like to use and why. We used that information to try to bolster those good experiences and reduce the less impactful ones.” Amps and mods allow players to increase their hunting potential in future sessions by raising their Blaze Escalation level. “Blaze has a bigger suite of mods and amps to choose from, many of which are brand new and exclusive to this Escalation,” says Buckmaster. “We wanted to equip the player with a large toolset to tackle these new challenges.”

Go Toe to Toe with the King of Blaze

Mods, amps, and Blaze variants mix up the
experience for Blaze Escalation, but the true star is the new capstone
Behemoth. “Early stages of concepts had tons of different body types. All the
way from worms to scorpions to really abstract creatures,” explains Kyle
Disanjh, senior animator on the creature team. “The gorilla body type resonated
with a lot of folks around the studio. It was something we hadn’t explored yet.
This would be the first upright, bipedal Behemoth we made.” After weeks of
exploration, the cocktail of ideas distilled down to the final result, and
Torgadoro was born.

Like all Behemoths, Torgadoros’ emotions live
in their animations, and the team worked hard to express this unique
personality through their move set. “Generally for Behemoths,” continues
Disanjh, “we have what’s called ‘personality animations’ that play throughout
the fight. These are the moments where players see what these creatures are
like. With Torgadoro we tried to embed some of these moments into their
attacks, moves, and staggers, to show who they really are. For example, when
staggered, Torgadoro has a brief window where the player can get some damage
in, but unlike other Behemoths, they will immediately smash back in that same
animation. This shows how relentless they truly are.” Another animation has
Torgadoro throwing a tantrum. The beast will howl, pulling on and hitting their
own face in a blind rage. Moments like these help convey the emotional range of
a Behemoth, and this may be the most expressive one yet.

Another unique aspect of Torgadoro is its ability to use its surroundings. “One thing we got in that I’m excited about is environment-based animations. Previously, Behemoths haven’t interacted with their environment, but this time around there are some things we did that I hope will make memorable moments for players,” concludes Disanjh. Just a tip: If you lose track of Torgadoro, look up to the cliffs.

Explore a Never Before Seen Environment

Torgadoro’s lair is part of a unique set of
islands. They’re brand-new to the Shattered Isles. “When
looking at the concepts for Torgadoro and thinking about a home for it, I
immediately gravitated towards a volcano caldera,” says Jen Morgan, world artist.
Torgadoro’s home with its jagged rock walls and flowing lava fits its
personality, while the pathway there hints at the deeper lore. “In Escalation,
we really want to have the player feel a sense of progression as they get
closer to their goal.” As players approach the volcano, the environment becomes
more barren, foliage burned away by the lava and fire. “I thought that a jungle
setting with vibrant greens would nicely contrast the bright red hues of a
blaze-infused final arena. I’m happy we achieved something that feels lush and
alive in contrast to the hellish volcano battle at the end. I think that
contrast inherently tells the story of what’s at stake if powerful Behemoths
are left unchecked.”

Each Escalation provides us with valuable lessons. As we go forward, we’re dedicated to pushing the experience forward. “We’re building on our foundations with each season,” says Buckmaster. “We’re looking to improve the feeling of the islands, the intensity of the encounters, the spectacle of the capstone Behemoths, and to do more to tie it all into Dauntless lore.”

The future isn’t just bright for Escalation, it’s bright for the entirety of Dauntless. We can’t wait to show the world what we’re working on next.

Until then, see you in the Shattered Isles,
Slayers. 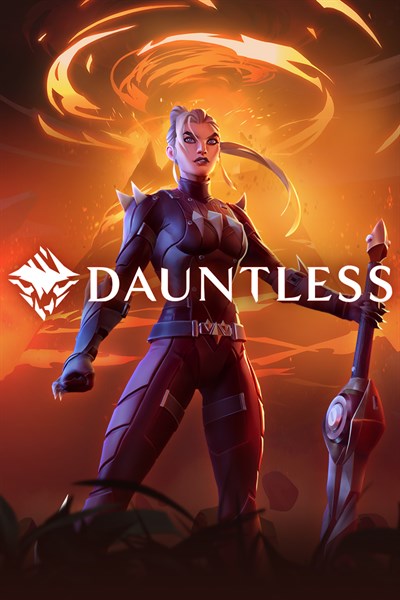 ☆☆☆☆☆
484
★★★★★
Xbox One X Enhanced
As a Slayer, you are all that stands between your world and the Behemoths that seek to devour it. Take on boss-sized monsters, forge powerful weapons, and craft armour from the very creatures you slay — all in a massive, free-to-play online world.
This article was originally published by Xbox.com. Read the original article here.
Share on Facebook
Share on Twitter
Share on Pinterest
Share on LinkedIn